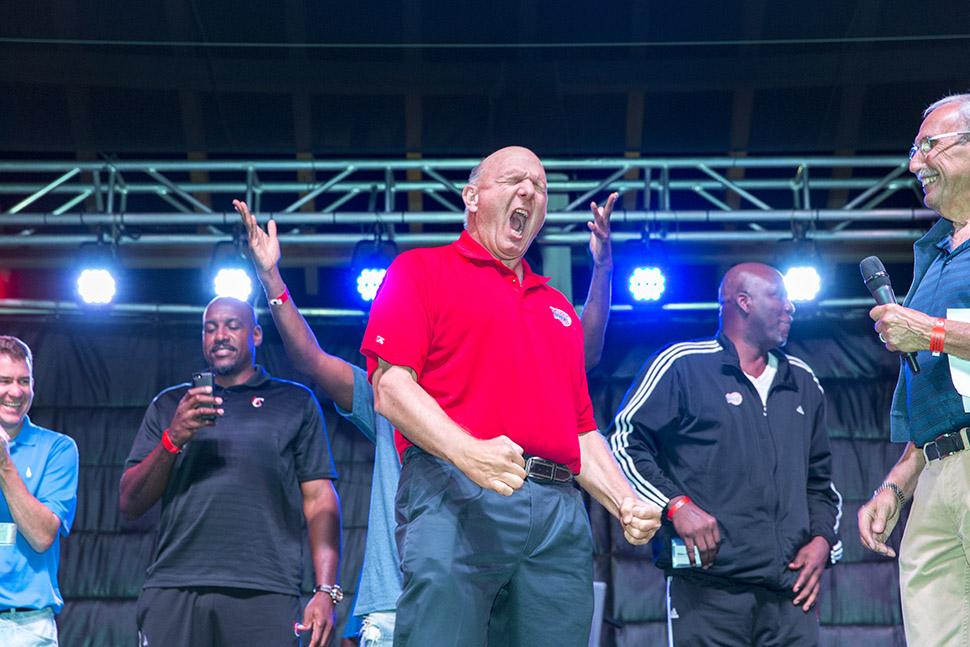 Steve Ballmer hasn’t been the CEO of Microsoft for a while now but he can’t seem to keep his mouth shut about how the company is being run. Bloomberg reports that Ballmer got feisty with Microsoft’s current leadership team during an annual shareholder meeting this week by criticizing the company’s smartphone strategy, among other things.

Here’s the specific transaction, as recounted by Bloomberg:

Ballmer also criticized Nadella’s answer to an audience member questioning the lack of key apps, like one for Starbucks, on the company’s Windows Phone. Nadella responded by citing the company’s plan to appeal to Windows developers by allowing them to write universal applications that work on computers, phones and tablets, targeting a larger array of devices than just Microsoft’s handsets that have just a single-digit share of the mobile market.

“That won’t work,” Ballmer commented as Nadella spoke. Instead, the company needs to enable Windows Phones “to run Android apps,” he said.

No one is going to pretend that Microsoft’s Windows Phone strategy has been a grand success. The company’s most compelling pieces of hardware so far have been the Surface Pro and the Surface Book line of laptop-tablet hybrids. Its latest Lumia smartphones look nice but at the same time there’s nothing really game changing about them that will move the needle in Windows Phone’s direction.

At the same time, however, Steve Ballmer is the very last person who should be criticizing Microsoft over its smartphone failings since it was under his leadership that Microsoft lost the battle for the mobile market. In fact, you could argue that Microsoft didn’t really even try to win in the smartphone world until the release of Windows Phone 8 three years ago — that’s five years after the first iPhone was released and four years after the first Android phone came out.

While Apple and Google were carving up the mobile market for themselves, Ballmer often snickered at their efforts while tossing out stinkers like the Kin. While Ballmer was not a bad CEO by any stretch of the imagination, his failure to anticipate and respond to the rise of mobile computing was by far the biggest black mark during his tenure and he really has no credibility when it comes to bashing the current team’s approach.