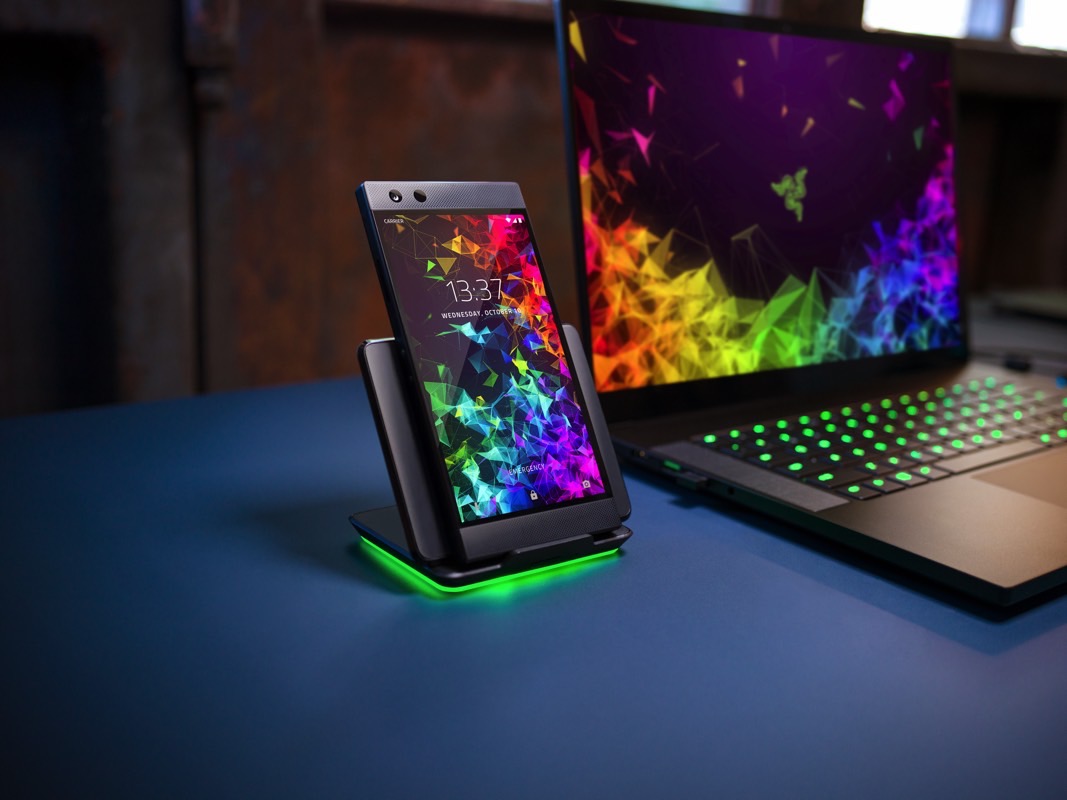 Things are moving fast in the Android world this month. Just a few days ago, Google unveiled the Pixel 3 phones, practically confirming every rumor that we heard in the past few months. There were very few surprises in store for the Pixel 3, which is now Google’s most expensive phone ever, starting at $799. For the same price, you could buy the Razer Phone 2 instead, Razer’s brand new gaming phone.

We knew the new Razer Phone was coming, as Razer confirmed as much a few weeks ago when it revealed the original gaming phone was a huge success for the company.  Is it a better choice than the Pixel 3? Yes, if you’re looking for beefed up specs and a screen that’s unlike anything available on smartphones. No, if all you want is a top camera and fast Android updates.

The highlight of Razer Phone 2 is the 5.72-inch IGZO LCD with 2560 x 1440 resolution, 120Hz refresh rate, wide color gamut, UltraMotion technology and Corning Gorilla Glass 5. The phone, however, doesn’t have the all-screen design you expect from 2018 handsets, featuring top and bottom bezels. Like the Pixel 3, those bezels house speakers, which come with Dolby Atmos support.

On the back, there’s an RBG Illuminated Razer Chroma Logo, just as rumors said. Also on the back, we have two 12-megapixel cameras, including a telephoto lens and a wide-angle lens with optical image stabilization. On the front, there’s an 8-megapixel shooter.

The same Snapdragon 845 that powers the Pixel 3 is found inside the Razer Phone 2, but it bundled with twice the memory — the phone has 8GB of RAM compared to 4GB for the Pixel. Also, it features a Vapor Chamber cooling system. The base model comes with 64GB of UFS storage and does feature support for microSD storage expansion.

Unlike the Pixel 3 which comes out with Pie on board, the new Razer Phone runs Android 8.1 Oreo out of the box.

The phone will be available in two shades of black, including Mirror Black and Satin Black, and it will ship in the fourth quarter in the US, Europe, and Asia-Pacific, with preorders set for October 11th. The Pixel 3, meanwhile, will reach buyers on October 17th.

Accessories include the Razer Raiju controller, priced at $149.99, and the Razer Hammerhead USB-C earphones, priced at $99.99. Both of them will also launch worldwide in the fourth quarter.