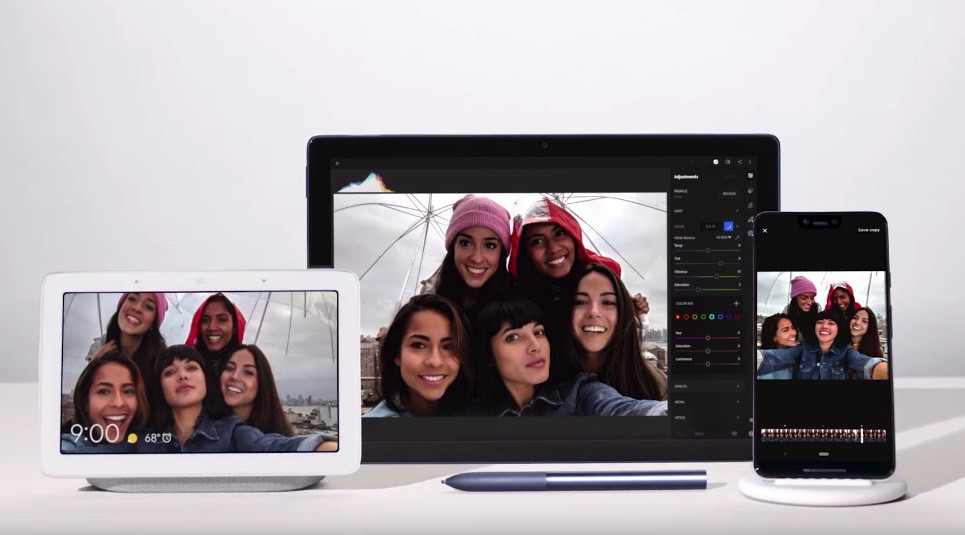 Google on Tuesday unveiled the Pixel 3 and Pixel 3 XL phones, two phones that were sold on the black market and reviewed during the summer, and then sold and reviewed in Hong Kong a few days before Google’s press conference. In other words, we already knew everything about these Androids well before Google made them official.

The Pixel 3 and Pixel 3 XL look exactly like what we saw in all those leaks in the past few months. Both of them have all-screen designs, but it’s just the Pixel XL that features a notch like the iPhone, and an ugly one to begin with.

On the front, we have dual speakers and dual cameras on both devices. On the back, there’s a single-lens camera and a fingerprint sensor. The phone is made of glass, which means the Pixel 3 phones will be the first Google Pixel phones to support wireless charging. But neither model has a 3.5mm headphone jack — no big surprise there. At least you get plenty of dongles in the box, which also contains USB-C Pixel earphones.

When it comes to specs, we’re looking at your regular run-of-the-mill 2018 high-end Android hardware here: Qualcomm Snapdragon 845 processor, 4GB of RAM, 64GB and 128GB storage options, and 2,915mAh or 3,400 mAh battery. When it comes to screen sizes, we’re looking at 5.5-inch and 6.3-inch, respectively. The camera is powered by the Pixel Visual Core chip, just as expected. The phone runs Android 9.0 Pie out of the box, which makes it stand out from the crowd of Android devices launching this month.

The phone also packs a special security chip called Titan M, meant to protect users from malware and other digital threats, and securing the operating system and your passwords.

The camera experience is the highlight of the new Pixel 3 phones, with Google infusing plenty of artificial intelligence (AI) features inside the new camera app. Google did stick with using a single-camera on the back of the phone (12.2-megapixel dual-pixel camera) but placed two cameras on the front (8-megapixel wide-angle and normal FoV). Apparently, selfies need more cameras for better pictures.

New picture modes including Top Shot and Photobooth will be available to the user, as well as a Super Res Zoom (AI zoom). The selfie cam will use a wide-angle lens to accommodate more people in it, the so-called Super Selfies feature. Playground, meanwhile, will add AR features to both front- and rear-facing cameras, including Avengers content.

The camera app will also offer live Google Lens support. Lens will recognize phone numbers and URLs, and allow you to automatically make calls or visit a website by just pointing the camera.

New Google Assistant features are also bundled with the new Pixel, including the Duplex trick that lets you use the Assistant to make reservations via voice (the Assistant’s voice that is), and Call Screen, which will let the assistant answer the phone for you and transcribe the conversation in real time.

Flip to Shhh is one other neat Pixel 3 trick, that lets you flip over the phone to kill notifications.

The Pixel 3 and Pixel 3 XL will be available for preorder on October 9th, with prices starting at $799 and $899, respectively. The phone will be available in three colors, including Clearly White, Just Black, and Not Pink. The phones will launch on October 18th in the USA and several international markets, including Australia, Canada, France, Germany, India, Japan, Singapore, Spain, Taiwan, and the UK.

Verizon will be the exclusive carrier in the US, and the company will be running a BOGO deal on the phones. The Pixel Stand wireless charger costs $79. You also get unlimited photo storage through 2022 with every Pixel 3 purchase, and six months of free YouTube Music.