Google unveiled the Pixel 4 and Pixel 4XL last Tuesday, finally putting a plug in what seemed like it would be an endless stream of leaks and rumors. A few leaks here and there are great for early adopters who love learning about unreleased devices before anyone else. But there’s a line that can be crossed when things go from exciting to exhausting, and the Pixel 4 series crossed that line about three months ago. We’re not talking about a few minor details here and there followed by a bunch of renders, which is how things work with most phones. We’re talking about full reviews and videos flooding YouTube and giving us up-close and personal looks at the new Pixel phones and most of their features. It was almost like the good old days when BGR was the site doing the leaking, back before we were acquired by a media giant and we could just laugh off all the lawsuits.

Things got so bad for Google that some people actually stopped caring about the Pixel 4 and Pixel 4 XL before they were even made official. When you’ve already seen a new smartphone dozens of times, what’s the big deal about seeing it again? Of course, Google’s press conference ended up reinvigorating most of us because it meant that the phones were on their way to store shelves. And for sites like BGR, it meant we could finally get our hands on the Pixel 4 and check it out for ourselves.

I have now been using the Pixel 4 for a few days, and I’m definitely impressed. A few days isn’t nearly enough time to pen a meaningful review, of course, despite all the reviews you’ll see published on Monday. There are certainly some initial impressions that are worth sharing though, and that’s what we’ll be focusing on today.

Since reviewers have had less than a week with the new Pixel phones at this point, most of what you’ll read in reviews will focus on the same things Google covered during the event. The same things we’ve seen over and over again in all those early reviews and YouTube videos. We’ll get to that, of course, but in this post, I want to cover a few things that Google didn’t tell you on stage during its event last week.

Google likes to mix weird little oddities into many of its hardware products. At first, I think this trend was born of necessity when Google and HTC designed the first-generation Pixel and Pixel XL smartphones. HTC was going through some stuff at the time, merrily churning out sad and blatant iPhone ripoffs one after another. The Pixel and Pixel XL can obviously be included in that list, but Google slapped a glass plate on the back so that there would at least be some differentiation.

The Pixel 2 series and Pixel 3 series phones refined the design each year, and Google added little splashes of color along the way. But in 2019, the Pixel 4 and Pixel 4 XL has gone in a totally different direction. The two-tone back is now completely gone and the entire rear portion of the case is glossy glass just like the front. That’s perfectly normal, of course, but here’s where things start to get weird.

No, I’m not talking about the new square camera array on the back. Like it or not, this is the new norm so you had better get used to it. Of course, other smartphone makers like Apple and Huawei use all the extra space for a third sensor, but that’s another story. I’m talking about the metal edges around the perimeter of the new Pixel 4 and Pixel 4 XL phones. 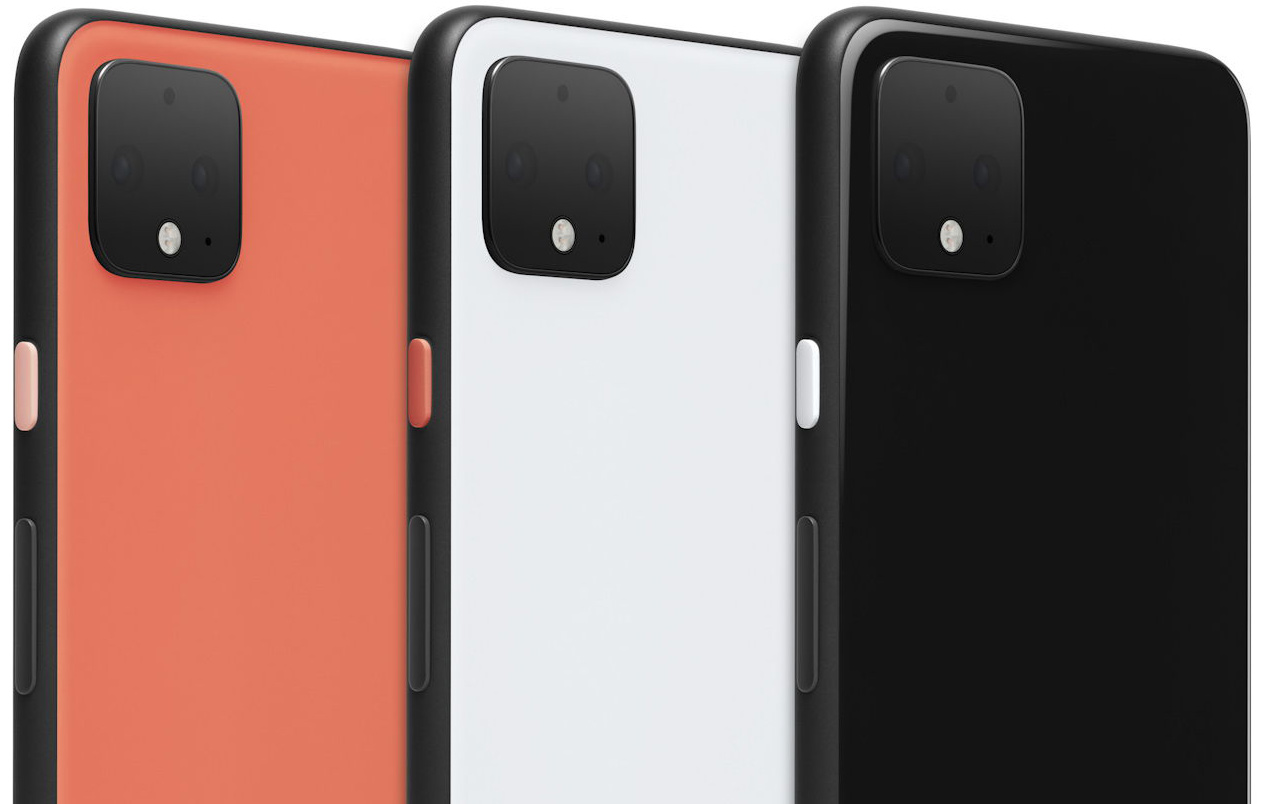 As you can see in the renders above, the Pixel 4 and Pixel 4 XL are available in three different colorways, and each one has a contrasting power button. I dig it. What I do not dig at all, however, are the contrasting metal edges that run around the entire phone. To begin with, the color choices are questionable at best. Orange and black? Really? It’s Halloween every day if you go that route, or you can get the white and black model and carry a Storm Trooper around in your pocket. And as you’ve seen in photos throughout this writeup, the black model isn’t any better because the metal edge has a matte finish while the rest of the phone is glossy. It just doesn’t look good.

The bezels are awful

Hardcore Android fans seem to hate the notch that Apple popularized with the iPhone X. In fact, it’s a little weird how much they hate it — especially since people who actually use phones with notched displays don’t think about it or even notice it. Whatever the case, that could be part of the reason why Google decided to go backward and bring big bezels back. Once again, it just doesn’t look good.

2019 is all about the march toward all-screen smartphones, and some smartphone makers have gotten very close to achieving a true all-screen design. Google is decidedly not one of those smartphone makers. Instead, the company decided to go retro with big fat bezels on the Pixel 4 and Pixel 4 XL. And to make matters much, much worse, the bezels are asymmetrical so the one on top is about three times thicker than the one beneath the screen.

Google decided to follow Apple’s lead again in 2019 and ditch the fingerprint sensor in favor of 3D face recognition. That’s fine, but there are better, more modern ways to incorporate the required sensors into a phone’s design.

So, Motion Sense and the technology that enables it is actually very cool. In fact, it’s an engineering marvel. Unfortunately, it’s also almost entirely useless.

For the time being, Google’s “Project Soli” radar tech is exactly like the pressure-sensing 3D Touch feature on Apple’s iPhones. It’s fascinating technology that took Apple a whopping 5 years to develop, but then Apple abandoned it after just 4 years because it’s completely unnecessary. Everything that can be done with a firm press and 3D Touch can also be done with a tap-and-hold, which doesn’t require any fancy (and pricey) new components. Similarly, everything Project Soli does right now can and should be easily handled by regular old components like the front-facing camera.

Google will tell you that there are benefits to using radar instead of components like front-facing cameras and the accelerometer, and it’s true. The Project Soli radar chip consumes a bit less power than the camera would, for example, but the difference isn’t something that will meaningfully impact overall battery life. On top of that, let’s stop for a moment to cover the actual features that this fancy new radar chip enables. It lets you wave your hand to skip songs or snooze alarms, it turns off the always-on display feature if you’re not near the phone, and it turns the screen on when you reach for the phone so it can activate face unlock. Yup, that’s it.

Maybe Project Soli and Motion Sense will lead to some cool new features at some point in the future that can’t easily be replaced by simpler components that are already in every smartphone. As of right now, however, it’s entirely unnecessary.

The camera isn’t as good as the iPhone 11 Pro

The camera on the new Pixel 4 and Pixel 4 XL is incredible, truly. But it’s not as good as the one on the iPhone 11 Pro, and that’s a big deal.

Apple had been the clear leader in mobile photography for so long, but companies like Google, Huawei, and even Samsung came long recently and left Apple in the dust. Phones like the Pixel 3 were truly better than rival iPhone models in nearly every way when it came to photo quality and video quality. Then the iPhone 11 series came along and Apple took back the lead, so everyone was waiting with bated breath to see if the Pixel 4 would leapfrog Apple yet again. Unfortunately for prospective buyers, it did not. Not even close.

There are some areas where the Pixel 4’s camera outperforms Apple’s iPhone 11 and iPhone 11 Pro cameras, sometimes even by a wide margin. Zoom performance is a great example, as are scenes where there are very bright lights and very dark shadows in the same frame. Overall, however, the iPhone 11 Pro really outclasses the Pixel 4’s camera, and you’ll see experts and reviewers say the same thing time after time in the coming days. Photos and videos captured by the latest iPhones are crisper, they have better color reproduction, and perhaps most impressively, Night mode on the iPhone 11 series is noticeably superior to Night Sight on the Pixel 4 series. That’s undoubtedly a tough pill for Google to swallow since Apple stole the feature from Google’s Pixel phones.