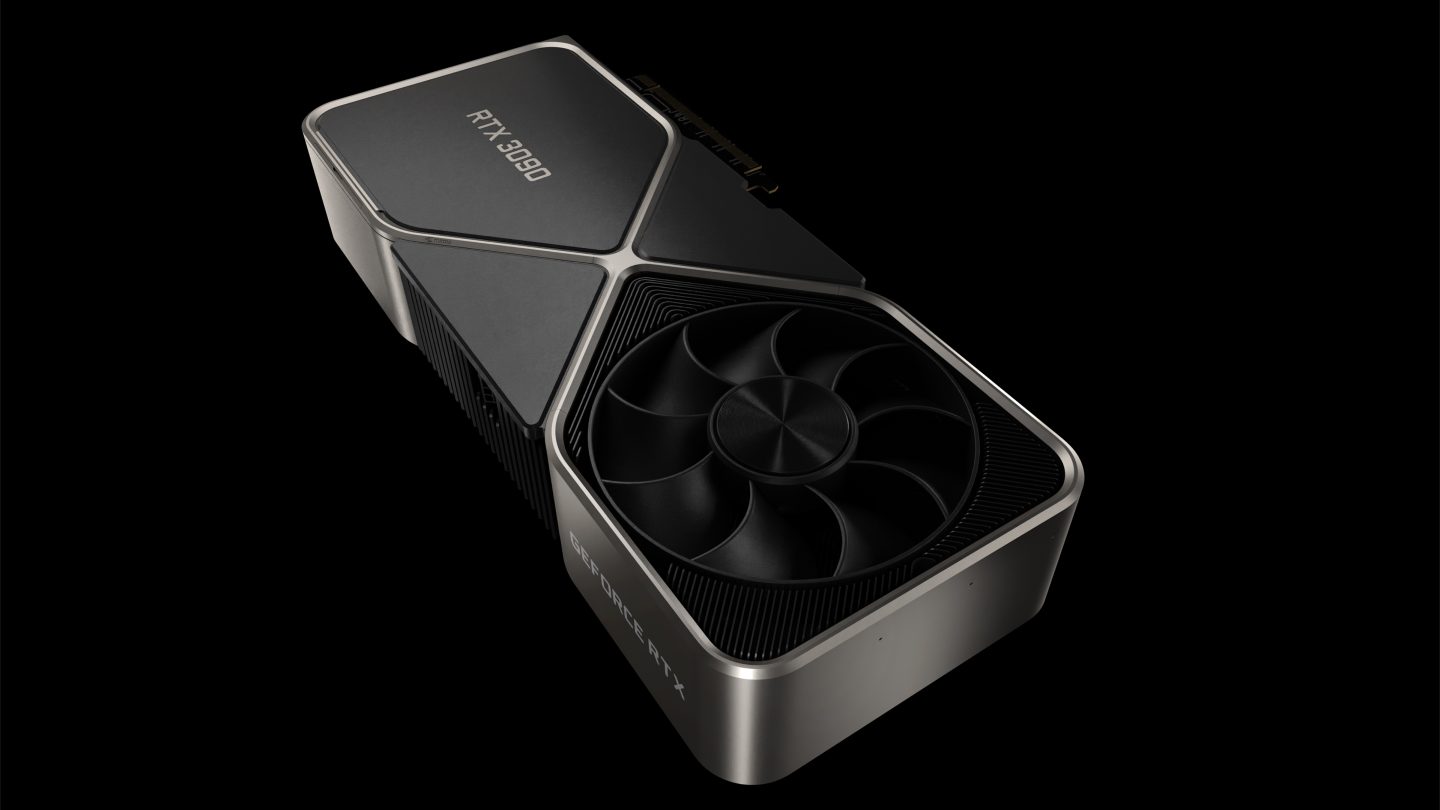 Nvidia has released a new comparison between the RTX 3090 and the AMD Ryzen Threadripper 3990X. While it might seem weird to compare a graphics card and a CPU, there is a good reason behind it all. The big bid here is to push more users to purchase Nvidia’s graphics cards, especially for things like rendering. In the comparison, Nvidia breaks down the RTX 3090’s render time for a scene.

The results aren’t particularly surprising for anyone with knowledge of rendering, but let’s break it down a little.

Nvidia shared the comparison in an April Studio Drivers update. In the update, the company detailed several enhancements and optimizations it was releasing for Unreal Engine 5, Cinema 4D, Chaos Vantage, and more.

To showcase these optimizations, Nvidia shared results from a comparison between the RTX 3090 and the AMD Ryzen Threadripper 3990X 64-core CPU. This CPU is based on AMD’s Zen 2 architecture and has become a powerhouse for creators since its release.

Nvidia rendered Epic Games’ “The City”, a sample project that reveals how the city scene from The Matrix Awakens: An Unreal Engine 5 Experience was created. According to Nvidia, the RTX 3090’s render time was right around seven minutes.

For comparison, the AMD Threadripper took around 65 minutes to complete. That’s almost an hour of difference between the two.

Seeing the RTX 3090’s render time lower than the AMD CPU isn’t very big news. It’s been known for a long while now that utilizing a GPU to help with rendering can speed the process up. Still, the stark difference between the two render speeds is intriguing.

Of course, you should take all of this with a grain of salt. Nvidia ran the test. As such, the results were always going to be skewed in the company’s direction anyway. This isn’t some big reveal that people familiar with rendering are unaware of.

Instead, you should view it as a sample of what you can expect if you use an RTX 3090 for creative work. This performance will only increase in future Lovelace GPUs, too.

Just because the RTX 3090’s render time is so much faster doesn’t make the AMD Ryzen Threadripper 3990X a bad CPU. In fact, if you put the two together in a system, you’re going to create an almost unstoppable system.

This comparison also doesn’t even take into account the power of the newly released 3090 TI.