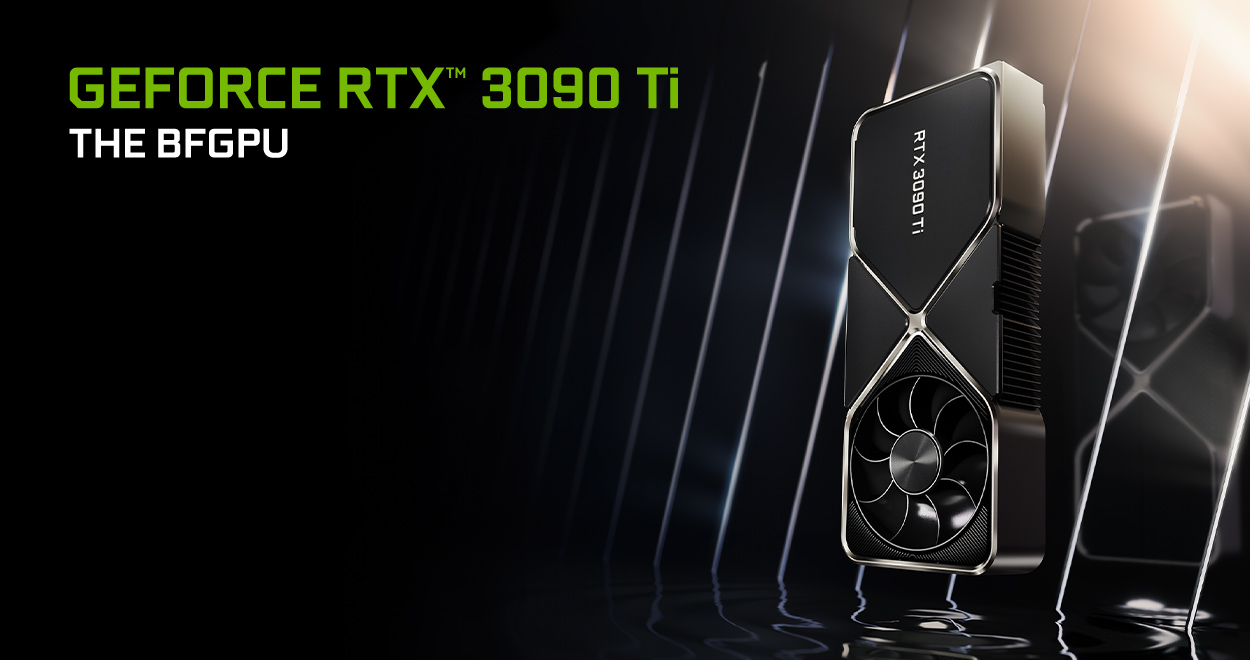 Nvidia says that the 3090 Ti is “the world’s fastest graphics card”, boasting a performance increase over the original 3090. The new card is designed mostly for creators who need to complete big projects in apps like Maya, Blender, or Cinema4D. However, it’s still useful for gamers, too, as it builds off the performance of the original 3090 with 10,752 CUDA cores, 78 RT-TFLOPs, and 320 Tensor-TFLOPs.

Nvidia says the new card is 64 percent faster than the RTX 2080 Ti, and nine percent faster than the original RTX 3090. The card sports a base clock of 1560MHz with a boost clock of 1860MHz. It also runs with 40 teraflops compared to the 36 seen on the RTX 3090. Where Nvidia marketed the original 3090 as a card for gamers, though, it’s notably pushed the 3090 Ti as a card for creatives and professionals.

The Nvidia RTX 3090 Ti will be available starting at $1,999. However, given the current state of the GPU market, it’s likely that we’ll see some cards selling for well over the $2,000 mark. Alongside price, you’ll also want to take into account the power requirements for the new card.

Is the world’s fastest graphics card worth it?

Having your hands on one of the “world’s fastest graphics cards” sounds exciting. But, the 3090 Ti isn’t as good a deal for those looking to get the most bang for their buck. It does offer a small percentage increase over the 3090, sure. But, the devil is in the details.

It’s also important to note that the new connector that Nvidia is using for the card isn’t supported natively by many current power supplies. As such, you’ll need to make use of an included adapter that requires three 8-pin connectors. That’s another important thing to take into account when purchasing a new graphics card for your build.

Ultimately, deciding whether the RTX 3090 Ti is worth the asking price all comes down to your individual wants. If you care more about the cost to performance ratio, an RTX 3080 or 3090 is a better deal. That’s especially true when talking about outright cost. But, if you really just want the bragging rights that come with having a 3090 Ti, then the latest graphics card is available starting today.