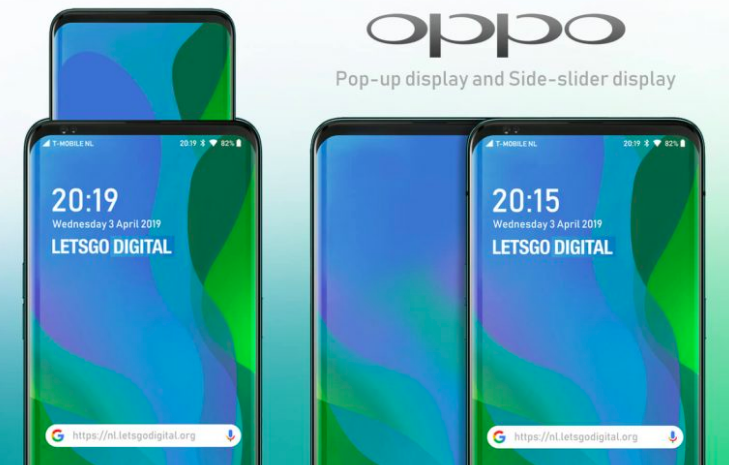 One of the hot trends in smartphone design these days is to give users more screen real estate by taking the traditional smartphone form factor and making it foldable. We’ve covered everything from book-like foldable screens a la the Samsung Galaxy Fold — which can double as a phone or a phablet-sized device depending on if it’s folded or open — to screens that curl up closed from the bottom to produce a second smaller screen, bendable screens and a whole lot of other interesting and at times zany variants. And then there’s China-based Oppo, which has apparently decided it can accommodate extra screens in its future handsets by taking design cues from a non-foldable and surprisingly retro source.

Remember those old-school phones with keyboards that slid and popped out? Of course you do, back in the pre-iPhone days before we wanted all-screen and near bezel-free devices. Well, a new patent reveals Oppo sees promise in that design as a way to hide and reveal not a keyboard, but a smaller secondary screen.

As you can see in the render above as well as in the patent illustration below, this particular smartphone maker is envisioning phones with an extra, smaller display that could either pop up. Or, alternatively, slide-out like those old slider keyboards.

This design, we should point out, is also separate from the design of the Oppo Find X with a pop-up camera that emerged last year. Patents for the new designs were discovered by Dutch tech news blog LetsGoDigital, which reports that according to both designs as envisioned, the front camera and receiver are housed in the narrow top bezel. You can see that in both the pop-up and slide-out versions above, which ensures the user has two complete screens with no holes or notches in either.

This design is like nothing we’ve ever seen before, but LetsGoDigital correctly notes that the design does make a certain kind of sense. With the pop-up version, in which the extra screen slides up at the top, you could watch video content on that top screen while working or performing some other task or function on the larger main screen. And of course with the slide-out version of the design, that calls to mind those old-school phones in which you’d tilt the phone, type on this secondary screen while reading or performing some other task on the larger main screen. Manufacturers like LG, Nokia, Samsung and HTC all pursued different versions of that design more than a decade ago, but the extra panel was for a keyboard as opposed to a screen.

For now, Oppo is scheduled to unveil its new “Reno” series of smartphones at an event next week, on April 10, and is expected to show off devices with a pop-up camera as well as possibly a 5G device. We’ll have to wait and see when or if the company decides to move forward with this new design, but we have to say — it certainly does bring back memories.