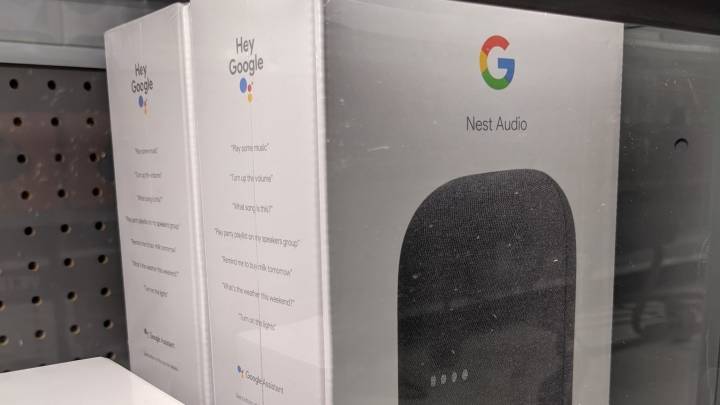 We’re just days away from what should be Google’s biggest hardware event of 2020, and to the surprise of no one, all of the devices the company plans to announce already leaked. On Wednesday, we broke down the specs of Google’s Pixel 5 and showed you purported press renders of the phone. Then on Thursday morning, we covered another leak that gave us a detailed look at the Pixel 4a (5G). And now, two more devices have leaked in full.

Leaks about a new Chromecast have been springing up online for months, but thanks to Reddit, we now know what the new media player will look like. Reddit user jsterninja managed to get his hands on the retail packaging of the new Google Chromecast, and as expected, the streaming dongle comes with Google TV (formerly Android TV) pre-loaded. Unlike the previous models, this Chromecast has a UI of its own, which means you can install apps directly onto the device. It also comes with a brand new voice remote, which we covered just last week.

(sound off) new chromecast? from googlehome

Google has also confirmed that it will be revealing a new smart speaker at its September event, but as was the case with the Chromecast, the packaging of the speaker has also made its way online. A Twitter user found a retail box for the unannounced Nest Audio at Walmart with the same design as the mystery device in the teaser video that Google shared with The Verge back in June. On the side of the box, you’ll see a bunch of suggestions for commands to use with Google Assistant as well as a list of compatible services and products:

Finally, WinFuture’s Roland Quandt spotted a product page on Lowes’ website (via 9to5Google) which revealed even more details about the Nest Audio and confirmed a price tag of $99.99. Here’s the description:

Meet Nest Audio. Hear music the way it should sound, with crisp?vocals and powerful bass that fill the room. Just say, “Hey Google” to?play your favorite songs from the streaming services you use most or?get help (1).??And create a home audio system with your other Nest speakers, just like that. Listen in stereo sound or all around the house (2). Or say, “Hey Google, move my music to the bedroom speaker,” and it?follows you.??Nest Audio is designed to fit right into your home. And it looks as amazing as it sounds.?Nest Audio requires Wi-Fi, a nearby electrical outlet, a Google Account, and a compatible mobile device. Minimum OS requirements are available at g.co/home/req.??(1) Music subscriptions may be required.?(2) Compatible smart devices required.

Google will host a virtual event on September 30th at 11 a.m. PT / 2 p.m. ET to reveal a variety of new devices, but it looks like most (or maybe even all) of them have already been thoroughly spoiled.