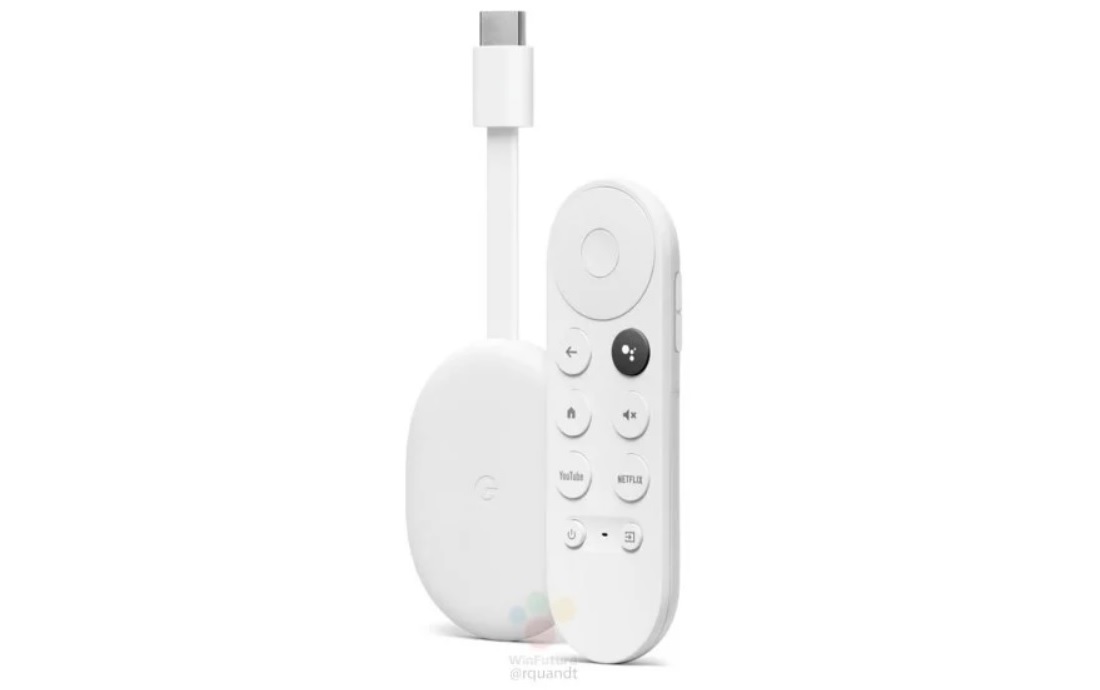 While Apple, Amazon, and Roku were all releasing standalone streaming media players, Google was content with asking us to stick a dongle in our TV that could connect to the apps on our phone, tablet, or computer. Chromecast has always been an intriguing outlier, but recent leaks have revealed that Google is working on a media player that could finally rival the likes of the and Fire TV, and we got our best look at it yet this week.

On Friday, WinFuture published a series of purported press renders that show off the new Chromecast (codenamed “Sabrina”) and its remote. As expected, the device itself is similar in shape and in size to previous Chromecast HDMI dongles, though slightly larger and a bit more oblong. Other than that, it looks like a Chromecast, and shouldn’t take up too much room behind or on the side of your TV. But what we’re really interested in is the remote.

We’ve actually seen the remote in detail in previous leaks, but this is the first time we’ve seen it in full, and it appears to have gone through some minor alterations. Beneath the navigation pad, there are eight buttons on the front face of the remote, including a back button, Google Assistant button, home, mute, power, and dedicated buttons for YouTube and Netflix. This is a Google device after all, so a Google product was bound to make an appearance. There are also two buttons visible on the side of the remote, presumably to control the volume.

Of course, the reason Google is including a remote with its new Chromecast is that this media player will run Android TV (which actually might be renamed Google TV in the near future). From now on, you can run apps directly from the Chromecast without having to rely on any other devices. WinFuture claims that the new streaming dongle will have a four-core processor, 2GB of RAM, and a small amount of internal memory for apps.

Rumors suggest that the “Sabrina” Chromecast could retail for $50, but the good news is that we probably won’t have to wait long to find out for sure. Just days ago, Google announced that it will host a virtual press event for the launch of the Pixel 4a (5G), Pixel 5, a new smart speaker, and a new Chromecast on September 30th. All indications are pointing to that Chromecast being the one that keeps popping up in leaks online.