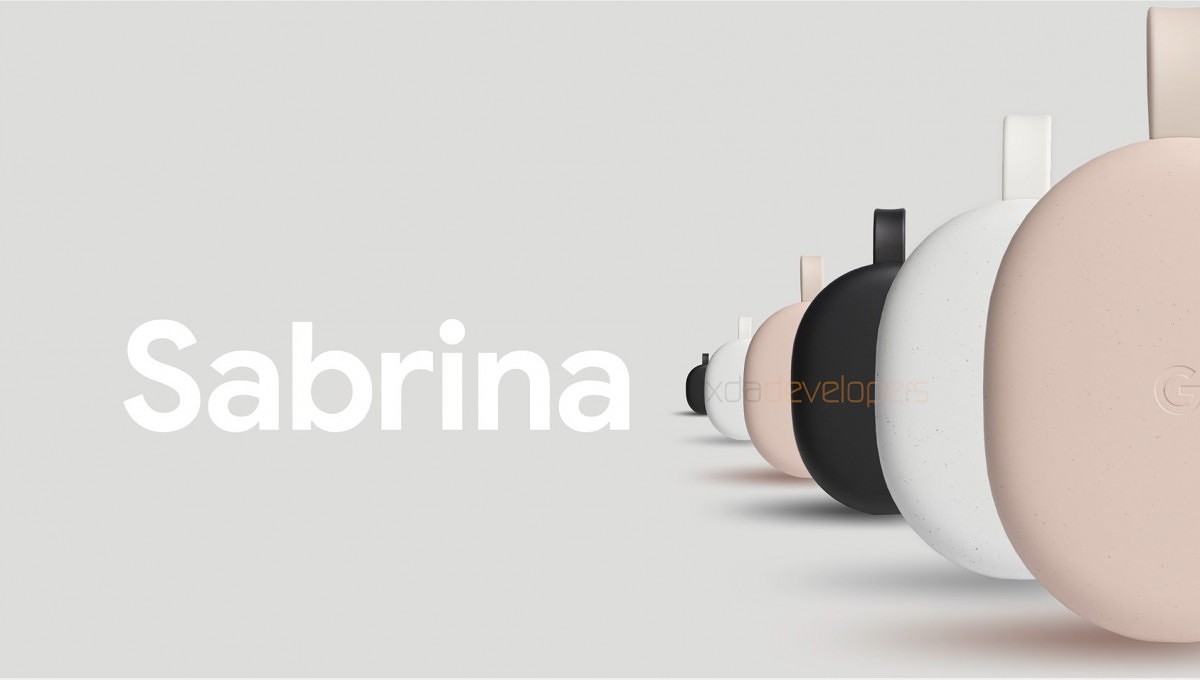 While Roku, Apple, and Amazon have released dongles for streaming video with their own built-in user interfaces and operating systems, Google has been content to let people pair their phones, tablets, and computers with Chromecast devices that lack a UI of their own. After all these years, it looks like Google is finally ready to compete more directly with those rivals, and a new leak has given us our best look yet at the unannounced device.

For some time now, we have been hearing rumors about a streaming device being developed by Google that would ship with a remote and Android TV software onboard. On Tuesday, XDA Developers shared purported renders of the dongle, which is codenamed Sabrina, has an oblong shape, and will ship in white, black, and pink.

In addition to the renders, XDA was also able to get its hands on a marketing video that offered a clear view of the top of the dedicated remote that will ship with the streamer. As you can see in the screenshot below, the remote appears to feature a circular pad at the top that will likely be used for navigation, a back button, a home button, a play/pause button, a mute button, a favorite button, and a Google Assistant button.

Many remotes for devices like these also have dedicated buttons for Netflix, Hulu, or other streaming services, but the bottom of the remote isn’t visible, so we have no idea if Google included them here. The remote is shown in white, but there’s a chance that Google will have different colors to match Sabrina’s design.

XDA’s leak also revealed the Android TV UI that users will see when they turn on the device. The menu at the top of the screen allows you to search for content, see what content is suggesting for you, and browse through movies, TV, live content, apps, and your library. In the center of the home screen is a massive carousel that recommends specific titles and the apps on which you can watch them. Another screenshot shows that the streamer will be able to provide alerts for smart home devices such as Google Nest cameras. And as for the live tab, it looks like Google’s YouTube TV over-the-top service will be integrated directly into the user interface.

XDA’s report didn’t offer much in the way of launch details, but a previous report from Protocol suggested that the Android TV dongle from Google will cost around or under $80. Apple currently dominates the high end of the market, but Google could take on the likes of Roku and Amazon at that price point.