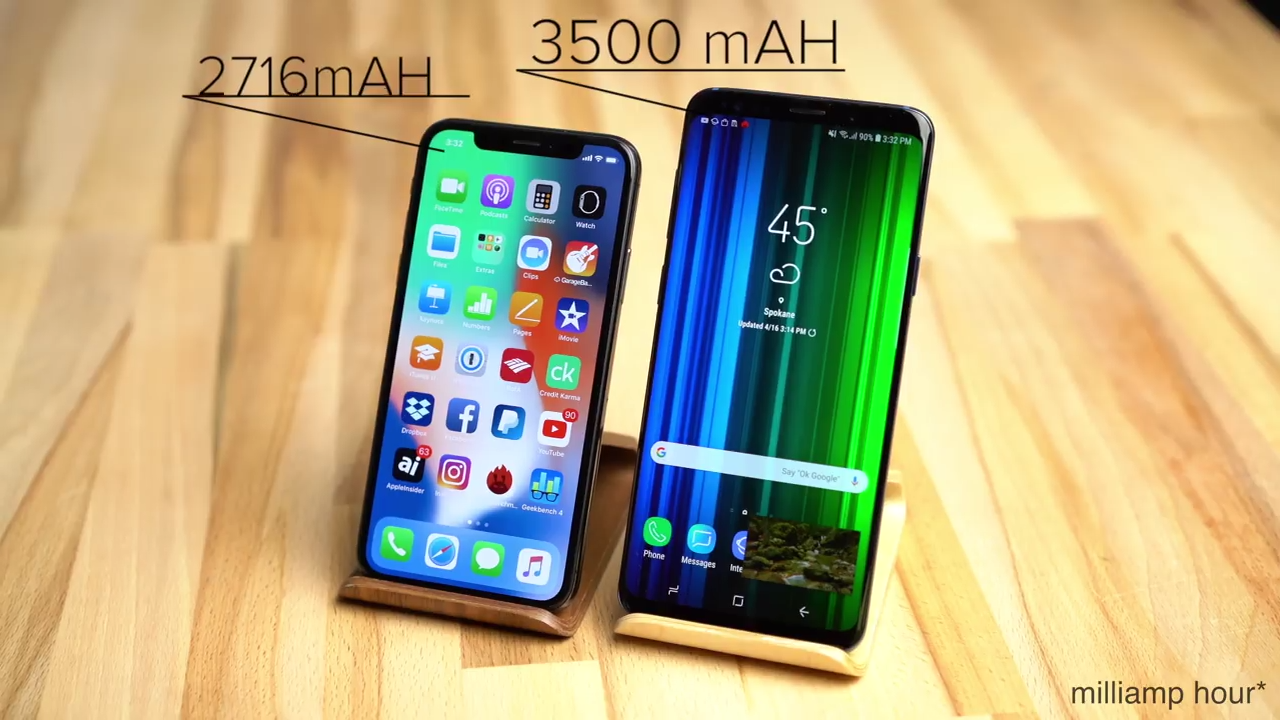 Unsurprisingly, no phones on the market are generating as much buzz as Samsung’s and Apple’s newest flagships: the Galaxy S9/S9+ and the iPhone X. Samsung and Apple have something of a stranglehold on the high-end market, which is why we read so much about their latest smartphones year after year. 2018 hasn’t been any different, as the iPhone X and Galaxy S9+ (the two standouts from each brand) have been compared repeatedly online.

The latest comparison comes courtesy of AppleInsider, which put both phones through a series of tests to see which phone has the more impressive battery life. But before you watch the video, you should know up front that the Galaxy S9+ has a 3,500 mAh battery while the iPhone X has a 2,716 mAh battery, so it’s not a totally fair fight.

Despite going in with a disadvantage, the iPhone X actually managed to (theoretically) top the S9+ in the overnight standby test, as the battery of the iPhone still read 99% after being left alone for about 16 hours while the Galaxy S9+ dropped to 85% capacity over the same length of time. This would be the iPhone’s only comfortable win.

Three hours of YouTube videos took the iPhone X down to 55%, while the S9+ only dropped to 67%. After an hour of playing Vainglory, the iPhone X had fallen to 87%, but the S9+ fell slightly behind at 84%. Then the actual benchmark tests from Geekbench came into play, at which point the iPhone X could no longer compete.

While this was never a completely balanced competition, AppleInsider is comparing each company’s flagship product. If battery life is at the top of your list when buying a new phone, the Galaxy S9+ is simply the better option.