While companies like Samsung and Apple are still battling for smartphone dominance when it comes to premium handsets, a growing market for more affordable devices has emerged. This, of course, shouldn’t come as much of a surprise given how pricey flagship smartphones cost these days. Especially with carrier subsidies now nothing more than a distant memory, folks interested in picking up a next-gen smartphone often have to shell out well over $1,000 for a new device.

Naturally, not everyone is keen on breaking the bank on a new device, especially given that smartphones these days tend to last longer than in years past. All the same, pricey new smartphone models have created room for budget-oriented devices with impressive hardware to flourish. Indeed, that’s the very reason why the original iPhone SE was so popular and why a lot of people are excited for Apple to finally release the iPhone 9, a device set to be something of an iPhone SE successor.

Apple, though, is far from the only company looking to push out an affordable yet fully capable smartphone. Google this year is poised to release a line of Pixel 4a devices as successors to the Pixel 3a and Pixel 3a XL. Of course, Google won’t be introducing the device at I/O this year given that the event has been canceled on account of the coronavirus.

In any event, the Pixel 4a, similar to the Pixel 3a line, will give users some powerful hardware at a price point that won’t break the bank. And if you’re curious as to what the Pixel 4a looks like, the first-ever leaked photos of the Pixel 4a started making the rounds yesterday. Note the hole-punch camera on the upper left: 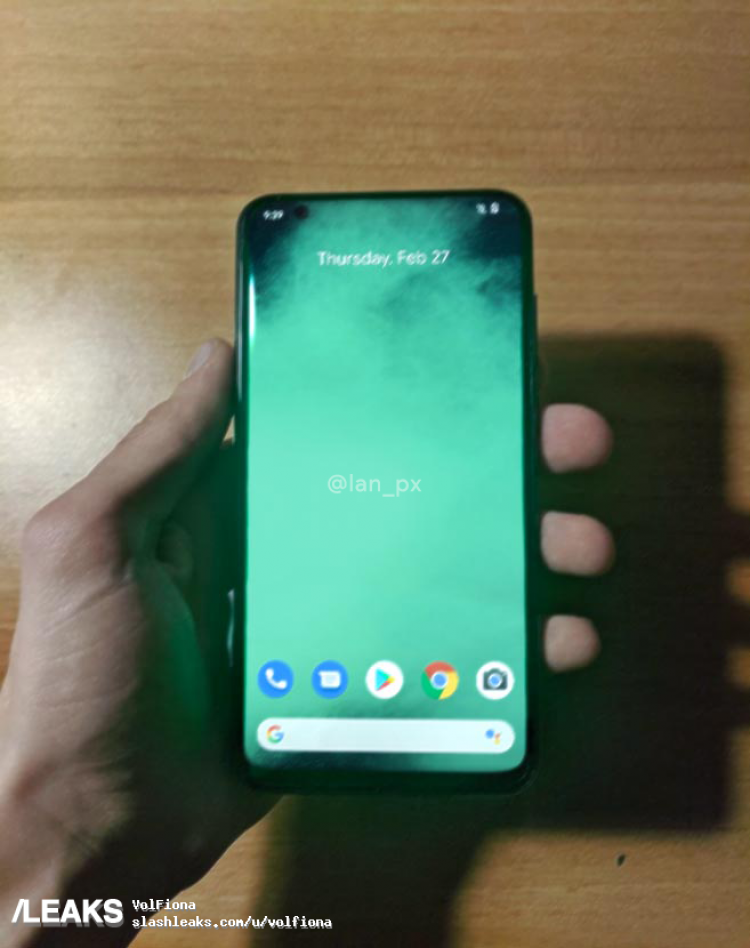 Specs for the Pixel 4a have been somewhat hard to come by, but we’ve heard rumblings that the device will boast a Qualcomm Snapdragon 730, 4GB of RAM, 64GB of storage, and will boast a 12.2-megapixel shooter on the back. And of course, it will run Android 10.

Now that’s all well and good, but the problem for Google is that Apple’s iPhone 9 is right around the corner. It’s been quite a while since we’ve seen a new iPhone priced affordably given that the original iPhone SE launched in 2016. But with rumors that the iPhone 9 will launch sometime in April or May, Google’s Pixel 4a will have to face some stiff competition that the Pixel 3a didn’t have to face.

Suffice it to say, Apple’s iPhone 9 looks like it’s going to be a beast of a machine in its own right. While the display will be smaller than the Pixel 4a, the iPhone 9 will feature Apple’s blazing fast A13 processor and will be priced below $400.

To be fair, the Pixel 4a will undoubtedly be an impressive device, but given that the iPhone 9 is the first affordable iPhone we’ve seen from Apple in about four years, the timing of Pixel 4a release is far from ideal. It’s certainly too early to make any broad sales predictions, but it will be interesting to see if demand for the Pixel 4a is markedly lower than we saw with the Pixel 3a.