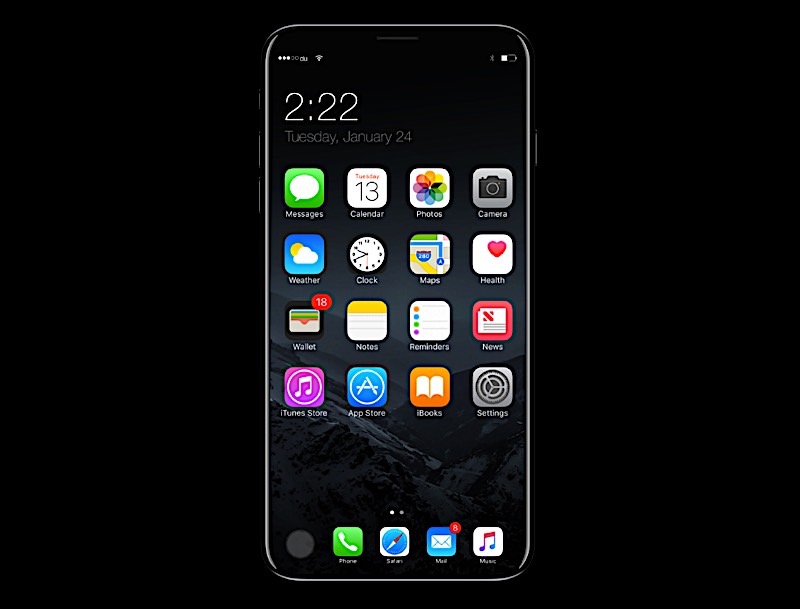 With reports that Apple has plans to begin mass production of the iPhone 8 a little bit earlier than usual, it’s no surprise that we’re starting to see a noticeable uptick in the number of iPhone rumors coming through the pipeline. The most recent update via Macotakara may shed some new light on Apple’s plans to incorporate wireless charging on its next-gen iPhone, one of the device’s long-rumored flagship features.

Also of note is that the Lightning to 3.5mm headphone jack adapter Apple included inside of every iPhone 7 box will now be an accessory users must purchase separately. While such a move would have sparked endless outrage with the iPhone 7, we now know — with the benefit of hindsight — that Apple’s removal of the venerable 3.5mm headphone jack was hardly the controversial design change that many anticipated it would be.

The report further adds that the iPhone 8 will not ship with a Lightning to USB-C adapter, a curious though not altogether surprising move given that Apple’s Mac line seems to be slowly transitioning to a predominantly USB-C existence.

Having said all that, there’s no getting around the fact that the real flagship feature of the iPhone 8 will be its completely revamped form factor. According to a number of credible reports, the iPhone 8 will feature an edge to edge OLED screen with important sensors like TouchID reportedly embedded into the display itself. There have even been rumblings that the iPhone 8 will incorporate a curved display with specialized sensors on the sides.

Of course, all of these compelling features won’t come cheap. Per a report that surfaced last week, the iPhone 8 will have a steep price-tag of $1000, a startling figure given that the ASP for the iPhone set a new all-time record of $695 last quarter. Still, with demand for the margin-friendly iPhone 7 Plus exceeding even Apple’s own internal projections, there’s no doubt that Apple consumers, as a general rule, are more than happy to pay a premium price for premium features, or in this case, a compelling and arguably long overdue new form factor.