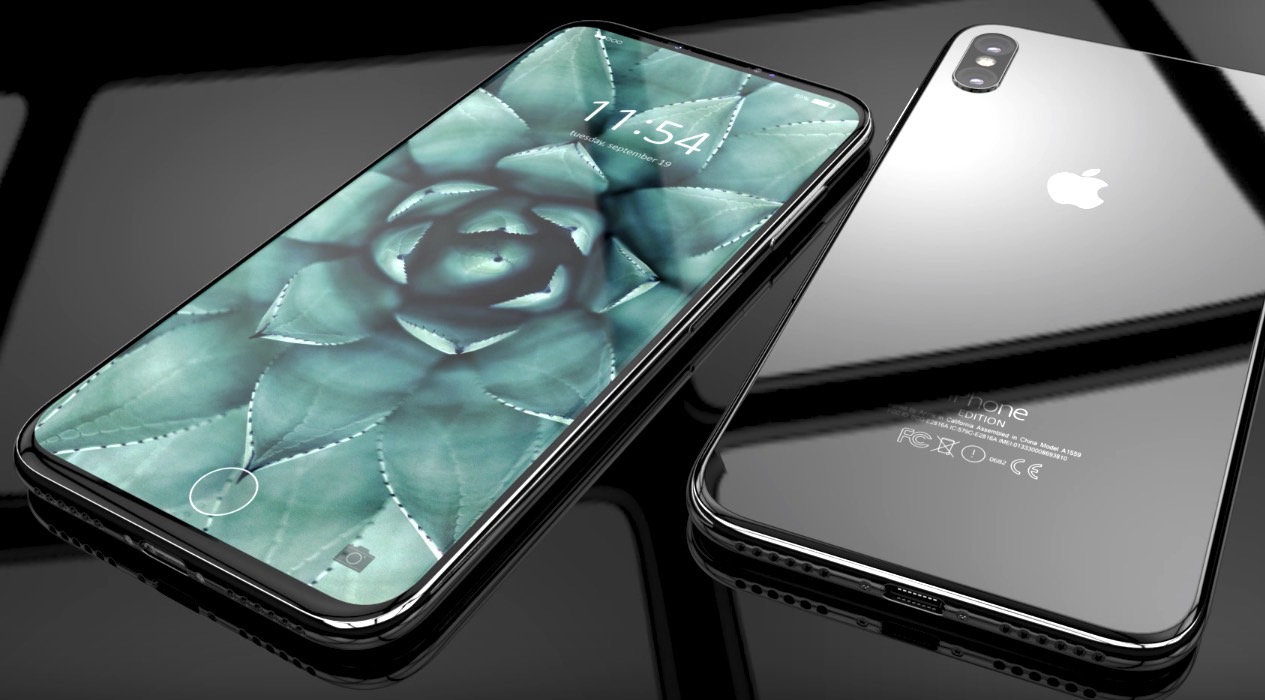 April is almost over, but we still have about five months of waiting until Apple unveils its 2017 smartphones. However, there are plenty of reports from trusted sources that already offer many iPhone 8 details, as well as plenty of image and schematics leaks to go on. With all that information out there, designers keep churning out iPhone 8 concepts, and some of them even look like something Apple would make. Such is the case with a new video that features an iPhone 8 concept design based on the most recent leaks.

The iPhone 8 in the following clip seems to resemble every iPhone Apple launched since 2014. However, there are plenty of differences that will immediately tell you this is no plain old iPhone.

Created by YouTube channel Concepts Creator, this iPhone 8 mockup features an all-screen front complete with tiny bezels. There’s no home button and the fingerprint sensor is supposedly placed under the screen. On the back, there’s a vertical dual lens camera, which is something we’ve come to expect from the next iPhone flagship.

This iPhone 8 concept has a metallic frame sandwiched between two slightly curved sheets of glass, and an elongated power button is also present.

As for the bezels, the concept suggests that various front-facing elements including the 3D camera, facial recognition module, and speaker, will not be placed under the screen. Some rumors say Apple wants to position all these elements under the display, and Apple has patents describing such technology. The tech needed to pull it off might not be ready for this year’s iPhone, however. Once it is ready, however, the move could completely eliminate both the top and bottom bezels.

All in all, this iPhone 8 concept seems to be pretty believable, considering the information that is available at this point.