Every time Apple releases a new version of iOS, we painstakingly go through all of the cool new functions and hidden features Apple incorporated into the software that powers Apple’s iPhone and iPad. The thing is, it’s often hard to tell at first glance which features will ultimately prove to be the most useful and helpful over time.

As a quick example, one of the biggest changes Apple introduced in iOS 10 was the ability for third-party apps to link up with Siri. While a long overdue feature, it’s not exactly something that has proven all that useful for me just yet. For instance, I take Uber and Lyft quite a bit and have found that ordering a ride via Siri is far more of a hassle than doing it the old-fashioned way. All that to say this: now that iOS 10 has been out for a few months, we’ve gone back over scores and scores of iOS tips and tricks in order to extract a list of the best hidden iOS 10 features lurking beneath the surface.

Whether you’re a seasoned iPhone user looking to get a little bit more out of your device or if you happen to be a relative newcomer to iOS 10, you’ll definitely find some interesting and hopefully new tidbits about Apple’s mobile OS listed below.

If you accidentally closed a few tabs in Safari, iOS 10 makes it easy to restore them. To do so, simply tap on the new tab icon and then long press on the “+”. From there, you’ll see a list of recently closed tabs you can revisit. 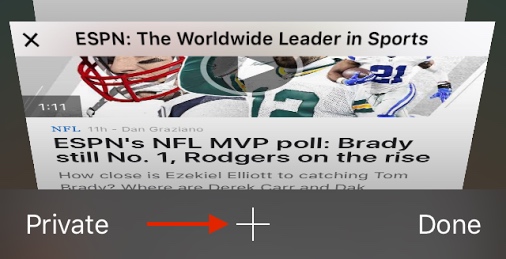 The Photos app in iOS 10 received a major revamp and is jam-packed with a number of cool new features. As an example, if you swipe up on a particular photo, you’ll not only see the location where the photo was taken, but you’ll also have the opportunity to view photos taken at the same location and to view additional photos of individuals who happen to appear in the picture you’re looking at.

Thanks to Apple’s increased interest in machine learning, searching for photos by object and even by individual people is now easier than ever. Whether you’re looking for photos where someone is wearing a fedora or simply looking for all the photos you have of your “pooch”, iOS 10 can differentiate from more than 4,000 different objects. If you haven’t yet played with this particular feature, it’s definitely worth taking for a spin. Have Siri tell you who’s calling

If your phone is across the room and starts ringing, you can instruct Siri to tell you who’s calling before deciding if it’s worth walking over to answer it. Needless to say, this is a particularly helpful feature if you happen to be driving. To enable this feature, simply go to Settings > Phone > Announce Calls.

Search for a specific word or phrase on Safari

With a Safari page open, simply tap the share sheet and then select “Find on Page” from the horizontal list on the bottom.

If you have an iPhone 6s or an iPhone 7, you can take advantage of 3D Touch to more readily adjust commonly used settings like Battery and Wi-Fi. Simply apply a 3D press to the Settings icon and you’ll be well on your way. Use your iPhone as a virtual magnifying glass

If you’re looking for a lot more zoom than what Apple’s built-in camera provides, you can take advantage of a new iOS 10 accessibility feature called Magnifier. You can toggle this feature on by going to Settings > General > Accessibility > Magnifier. Once you’ve done that, you can call the Magnifier into action by triple clicking on the home button.

I’ve actually used this feature quite a bit whenever I need to make sense of some extremely fine print.

Instantly remove all notifications with a single tap

Though Apple has made some strikes, notifications in iOS 10 can still be a bit overwhelming, all the more so if you’re trying to remove days worth of notifications. iOS 10 streamlines this process by allowing you to remove all notifications with just a single tap. This particular tip requires 3D Touch so it only works on iPhone 6s and iPhone 7 devices. In an event, if you apply a 3D press to the ‘x’ toggle highlighted below, you can “Clear All Notifications” at once as opposed to having to clear groupings of notifications on a per-day basis. If you’re not a fan of Apple’s predictive texting in the Messages app, you can turn this off by applying a long press to the globe icon (located to the left of the space bar) and then toggling the “Predictive” switch off.

Mobile Safari in iOS 10 now allows users to open up an unlimited number of tabs. This is great, but if you find yourself in a situation with scores of tabs open, you can hit the virtual reset button by applying a long press to the Tab Switcher button on the lower right-hand corner of the screen. From there, you’ll be presented with an option to close all active tabs.