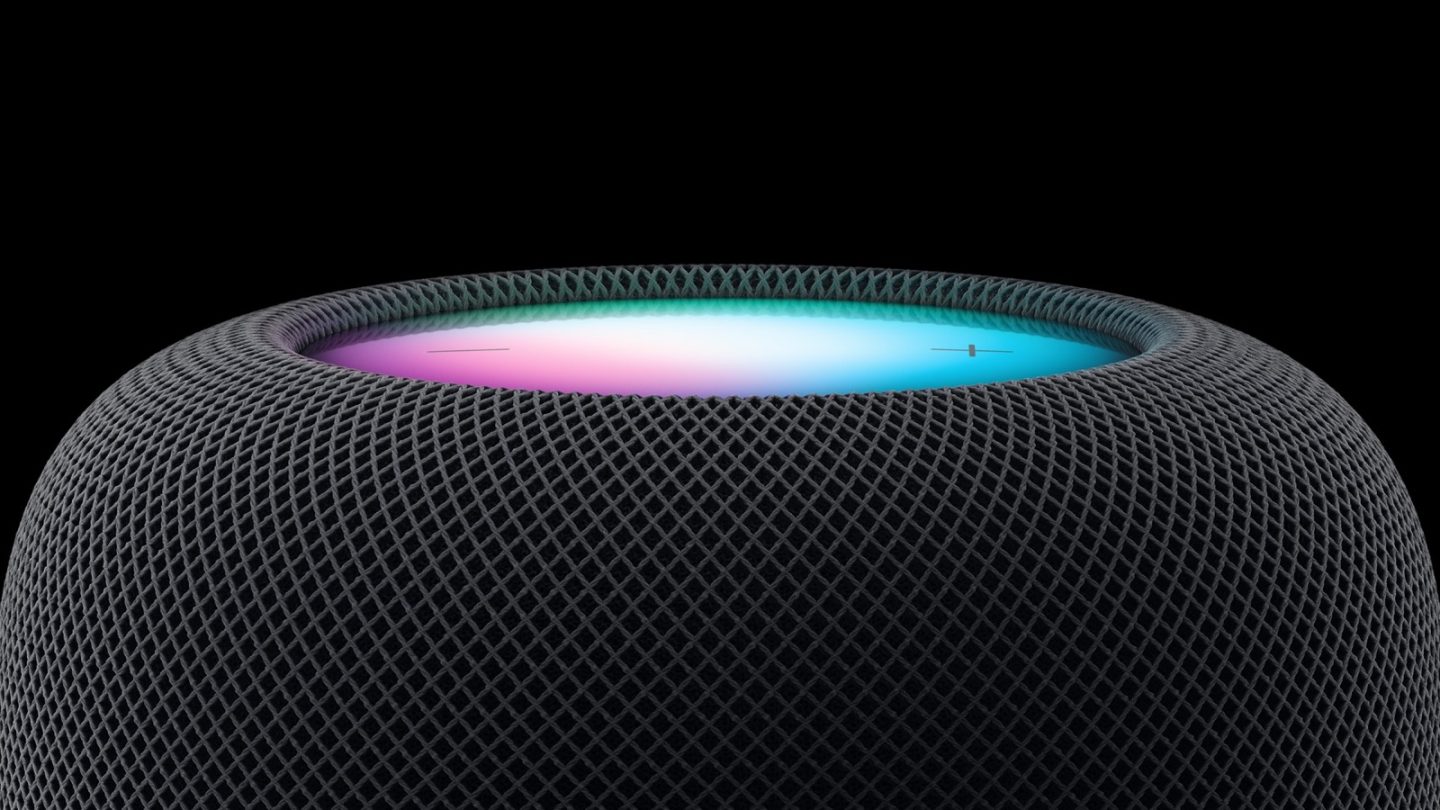 This week, Apple announced HomePod 2. After discontinuing the original version in 2021 due to poor sales, the company bet on its mini model to lure new customers. Although the smaller version of the company’s smart speakers does have a “surprising sound” for its size, it’s not quite as good and rich as the first iteration of the product.

Now, with the second generation of the HomePod, Apple wants to give it another shot. The smart speaker will go on sale on February 3rd, but TechRadar‘s Lance Ulanoff was able to get an exclusive hands-on with the product by listening to a few songs of different genres with only one smart speaker or a stereo pair.

Ulanoff says, “nothing can entirely prepare you for the Homepod 2’s exquisite audio quality” as it creates “an impressive, immersive, audio landscape” thanks to its “wrap-around audio skills.”

As noted by BGR, HomePod 2 has fewer tweeters than the original model and fewer microphones, but the journalist believes this doesn’t make the listening experience any worse.

For as much as Apple’s brand new HomePod 2 looks like its predecessor, it’s really quite different. (…) I took a look at photos of the new audio components versus the old. Basically, everything is different.

Inside the new HomePod 2 is a high-excursion woofer with a custom amplifier, five tweeters (each paired with a custom amplifier), and a far-field array of four microphones. There’s even a sensor that monitors how the system is running (including its internal temperature) to work out if it can crank up the power even further.

Ulanoff says this new hardware makes the tweeters “all tilted up to avoid any audio getting distorted by reflections from whatever surface the speaker is sitting on.” He was impressed by the HomePod 2 spatial awareness and Spatial Audio technology.

One of the interesting things about the new HomePod 2 is its spatial awareness. As I listened to music from a single and then stereo pair of HomePod 2 devices, I noticed how the sounds often didn’t seem to be coming directly from the HomePods (thanks Spatial Audio!). Some were coming from the left, others from the right, and some (usually, but not always, vocals) from dead center. The most interesting sounds though, were the ones that almost seemed to wash over me; they were bouncing off the back wall (maybe a foot away from the HomePod 2) and then rising and, I’m guessing here, bouncing from the walls to the ceiling to my ears.

The HomePod 2 costs $299 and will be available in select markets by the beginning of February.

Don't Miss: How HomePod 2 compares to its predecessor