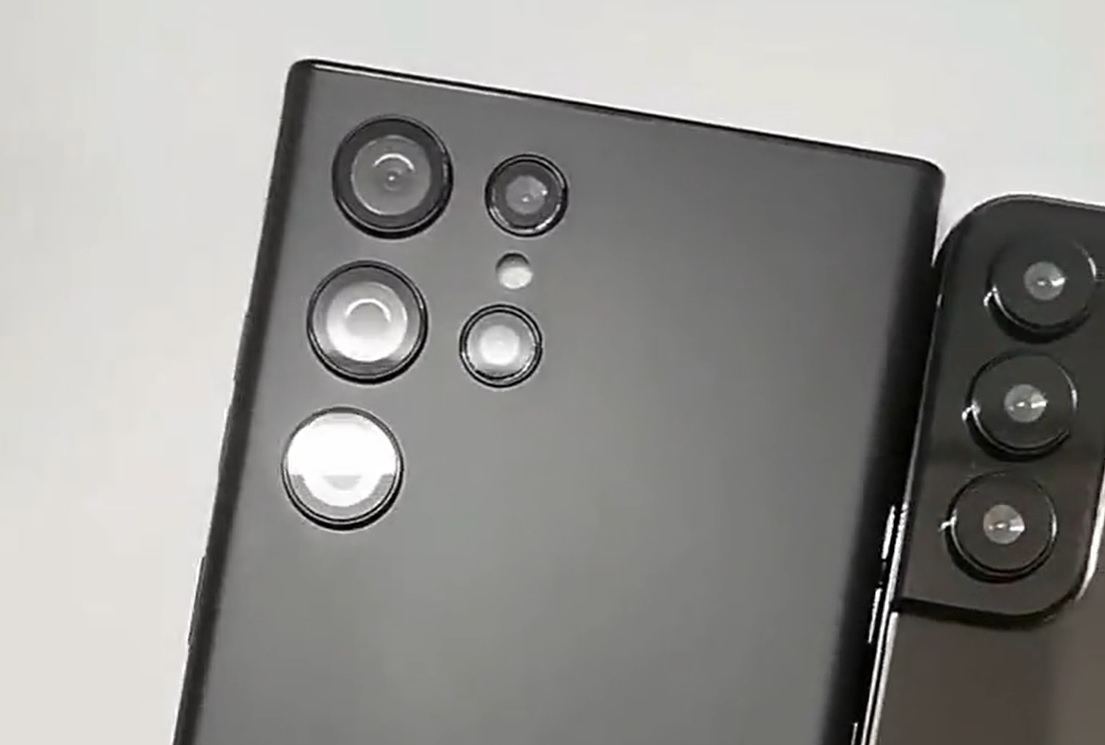 December is a relatively quiet month for new product releases, but the leaks keep springing all year round. On Monday, prolific leaker Steve Hemmerstoffer (@OnLeaks) shared a video of three Galaxy S22 dummy models. They appear to showcase the final designs of the Galaxy S22, Galaxy S22 Plus, and Galaxy S22 Ultra. As expected, there are some major differences between the models.

If you have been keeping up with the Galaxy S22 leaks in recent months, you already know what the new models look like. As previous leaks have suggested, both the Galaxy S22 and Galaxy S22 Plus will feature similar designs to those of their predecessors. In the video, the S22 and S22 Plus dummies do look rather familiar, although the edges appear to be somewhat flatter than those of the S21 models. Perhaps Samsung is taking a page out of Apple’s book. After all, Apple flattened the edges on every iPhone 12 model and continued the trend with the iPhone 13 earlier this fall.

Other than its size and shape, the design element of the Galaxy S22 Ultra that stands out the most is the rear camera array. While the S22 and S22 Plus have retained the corner cutout module from last generation, the S22 Ultra has a solid rear panel with the lenses scattered in the top-left corner.

As smartphone designs have converged in recent years, many phone makers have struggled to turn heads with their new phones. This is a fresh look for a Galaxy phone, and it will be interesting to see how consumers react. The fact that it’s the only 2022 flagship Galaxy model with an unconventional look might spur even more people to upgrade to the S22 Ultra next year.

When is the Galaxy S22 release date?

Barring something truly disastrous, the Galaxy S22 series is set to launch in early 2022. While Samsung pushed out the Galaxy S21 last January, the company typically releases its latest flagship phone in February or March. According to the latest leaks, we shouldn’t expect to see the Galaxy S22 until early February. Either way, despite the chip shortage and the ongoing supply chain issues, it sounds like Samsung will launch the Galaxy S22 on time in 2022.