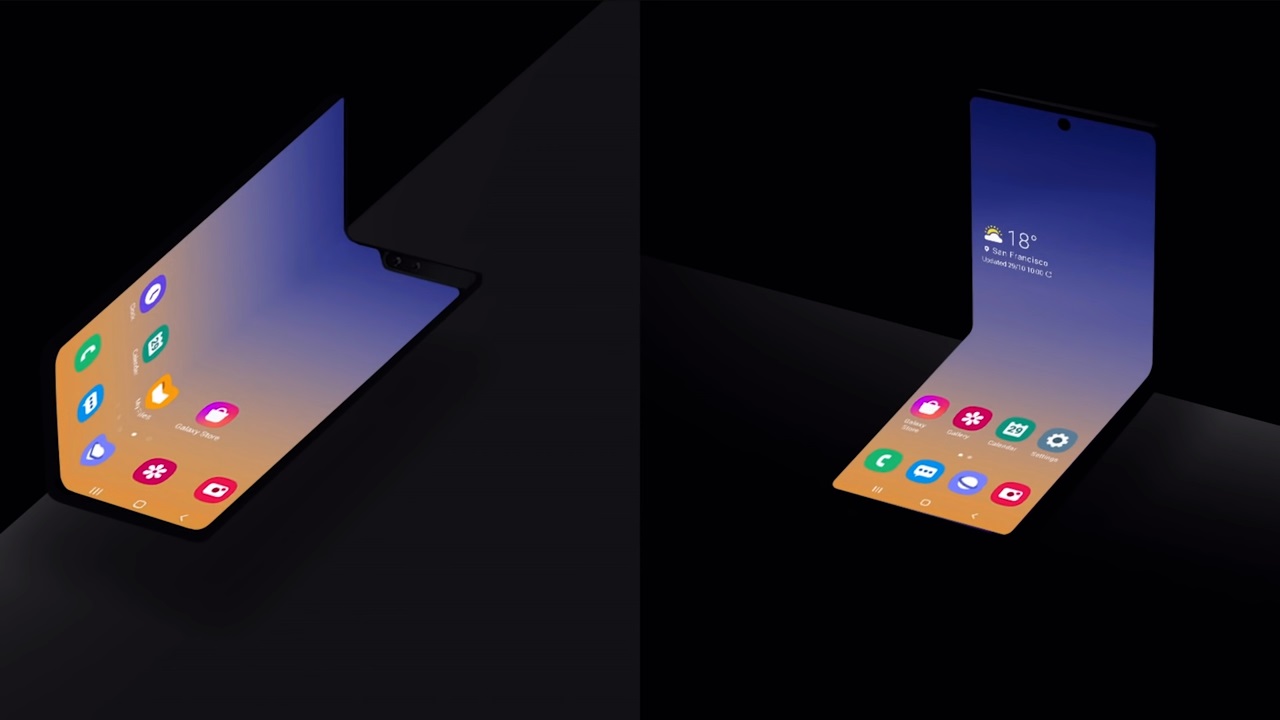 Ever since a radical new form factor for the sequel to the Galaxy Fold was all but confirmed at Samsung’s Developer Conference 2019, we’ve been waiting for more details to trickle out. Slowly but surely, we’ve learned more about the Fold 2 in the weeks since the SDC teaser, but on Tuesday morning, one of the most prolific Samsung leakers made an explosive claim about the device that should entice foldable fans.

According to Ice Universe, Samsung will employ the world’s first “ultra-thin glass cover” on a foldable device for the Galaxy Fold 2, replacing the plastic screen of the original. He goes on to explain that the glass screen is flatter than the plastic screen, and doesn’t appear nearly as “wrinkled” when viewed at an angle.

As exciting as the prospect of a true glass display on a foldable phone might be, it’s not altogether surprising. Just weeks ago, a series of Samsung patents were discovered online for a new smartphone display referred to as “Ultra Thin Glass.” The display is said to be less than 100 millimeters thick, which would make it about the same thickness as a strand of human hair. Some sources believe that this is the display Samsung will use for the Fold 2.

It can be confirmed that the Galaxy Fold2 leaked not long ago will use an ultra-thin glass cover for the first time in the world, replacing plastic materials. The screen looks flatter and has less wrinkles. In fact, this is the correct cover material for foldable phones. pic.twitter.com/BS73BCsA4N

Other manufacturers are designing glass displays for foldable devices as well, though, including Corning.

“If you look at what people demand on their smartphones today, scratch resistance, drop resistance, good optical properties, great tactile feel … I think glass will probably overtake plastic as the material of choice for cover material,” said John Bayne, vice president at Corning Gorilla Glass in an interview with CNET last year.

While Samsung has sold its fair share of Galaxy Fold units, despite all the issues and the bad press, there is clearly room for improvement across the board when it comes to the company’s foldable smartphone. Replacing the plastic cover with glass would certainly be a start, as would a form factor that doesn’t look quite as preposterous as the one that Samsung employed on the Galaxy Fold. We hope to learn more early next year.