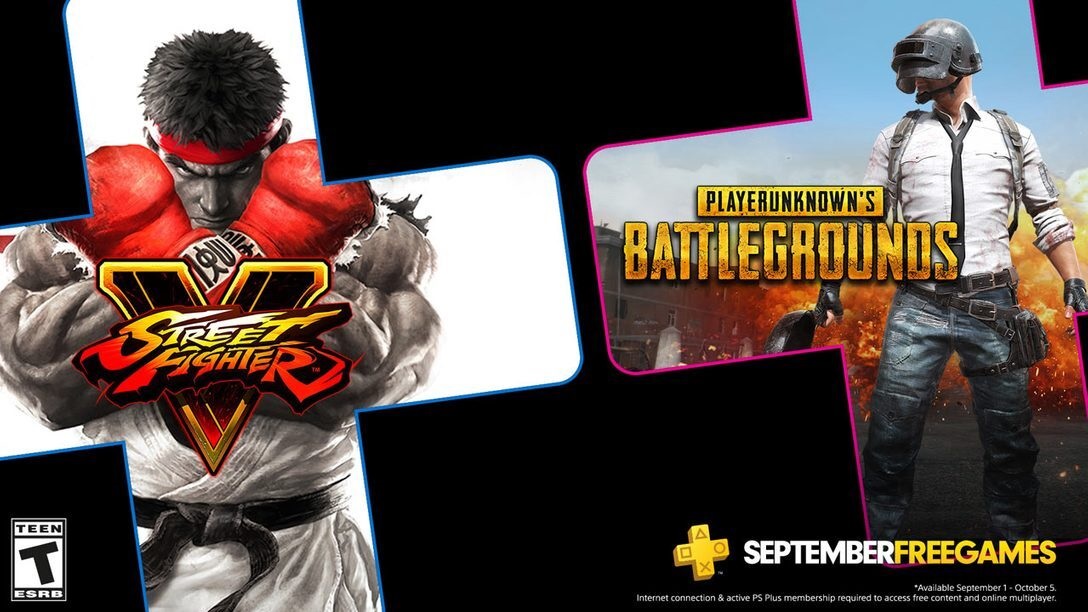 When it comes to free games, Sony is going to have a hard time topping Fall Guys: Ultimate Knockout. The wacky multiplayer battle royale game became the most downloaded PlayStation Plus game of all time on Wednesday, and it’s hard to imagine any game knocking it off of its perch anytime soon. That won’t stop Sony from trying, though, as two more great PS4 games are going free in September for PS Plus subscribers.

Speaking of battle royale games, up first this month is PlayerUnknown’s Battlegrounds (aka PUBG) which helped to kickstart the battle royale craze over three years ago, before Fortnite exploded on to the scene. If you’re looking for something a bit more realistic and less cartoony than Fortnite, PUBG might be for you. Of course, considering how popular it is, chances are that you already have it, or at least the free-to-play mobile version.

The other triple-A title being given away for free this month is Street Fighter V, which has been updated frequently since it launched in 2016. If you’re really good at the game, you might want to look into the tournaments that Sony will be hosting in September, with a chance to qualify for finals with a $1,000 prize pool.

Here’s the complete lineup of free PlayStation 4 games available for PS Plus subscribers in September:

Both games listed above will be free to download on Tuesday, September 1st. As always, you need to have an active subscription to PlayStation Plus in order to download them for free. You’ll also need to either keep paying for or restart your subscription in order to keep them, even if you downloaded them for free. And don’t forget — all the free games from August are still available until the new Instant Game Collection arrives next week.