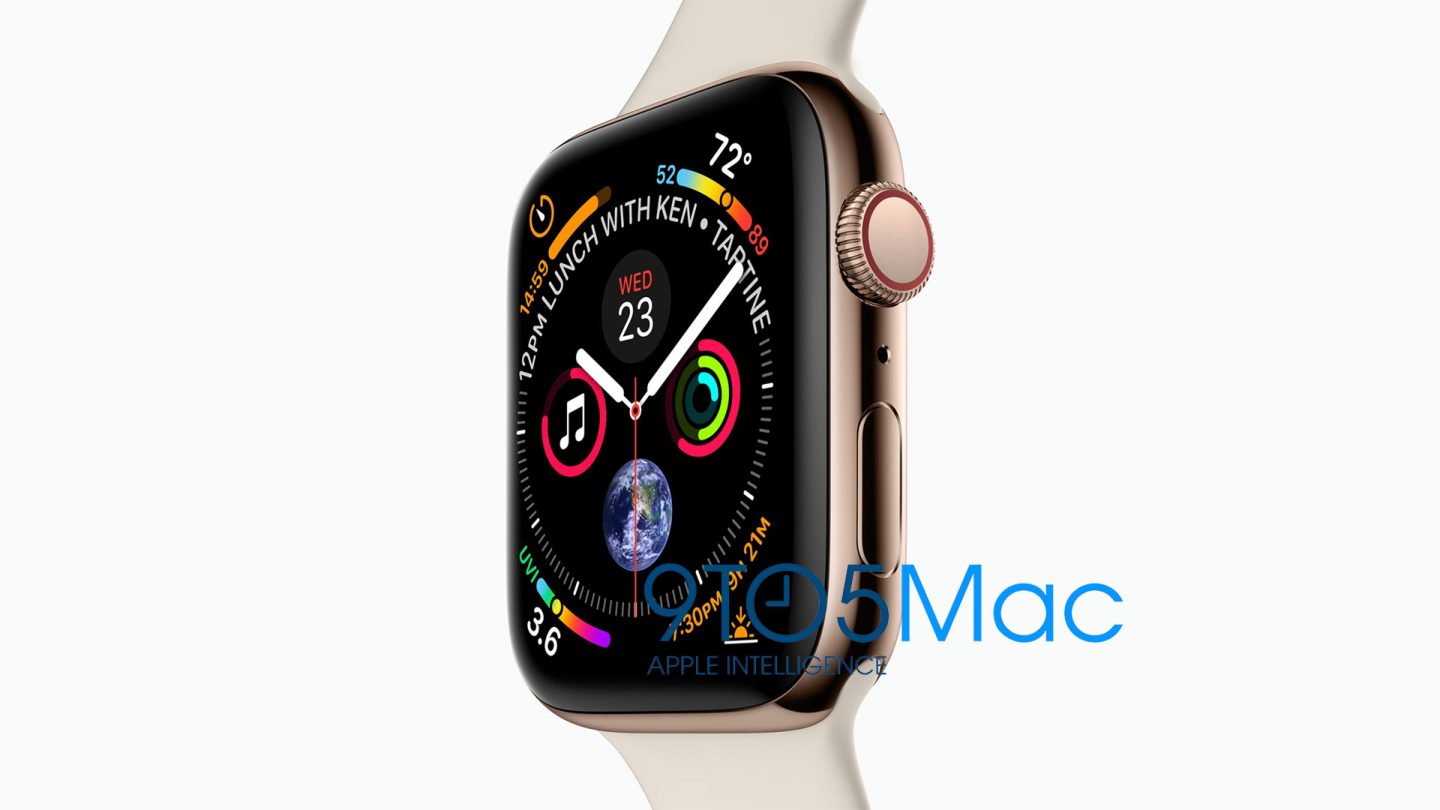 Just moments after giving us a first look at the iPhone XS, 9to5Mac on Thursday shared the first images and details of the Apple Watch Series 4, which Apple will debut at its special event on September 12th. As you can see from the image at the top of the post, the most noticeable change to the hardware comes in the form of a true edge-to-edge display, which is said to be around 15% larger than on previous models, with almost no bezel.

We also see a new watch face which, as 9to5Mac points out, features eight complications in all: four on the edges of the watch face and four more between the hands of the clock. It looks incredibly busy, and I’m not sure why anyone would need that much information at a glance, but the complications do look sleeker than ever.

9to5Mac also points out that Apple appears to have added a new hole between the Digital Crown and the side button. We won’t know for sure what the hole does until Apple officially shows off the device (or until another leak springs up), but logic dictates that it’s probably another microphone. It’s also worth noting that Apple has retired the weird red dot on the Digital Crown, though there appears to be a (much less weird) red ring in its place.

We can also assume that all of the old watch bands will be compatible with the Series 4 model, although there is no confirmation for any specific features or compatibility at the moment — just this leaked image.

Apple will hold its next live streamed special event on September 12th at 1 PM ET from the Steve Jobs Theater. The iPhone XS will be the star of the show, but we imagine that the Apple Watch Series 4 will share the spotlight.