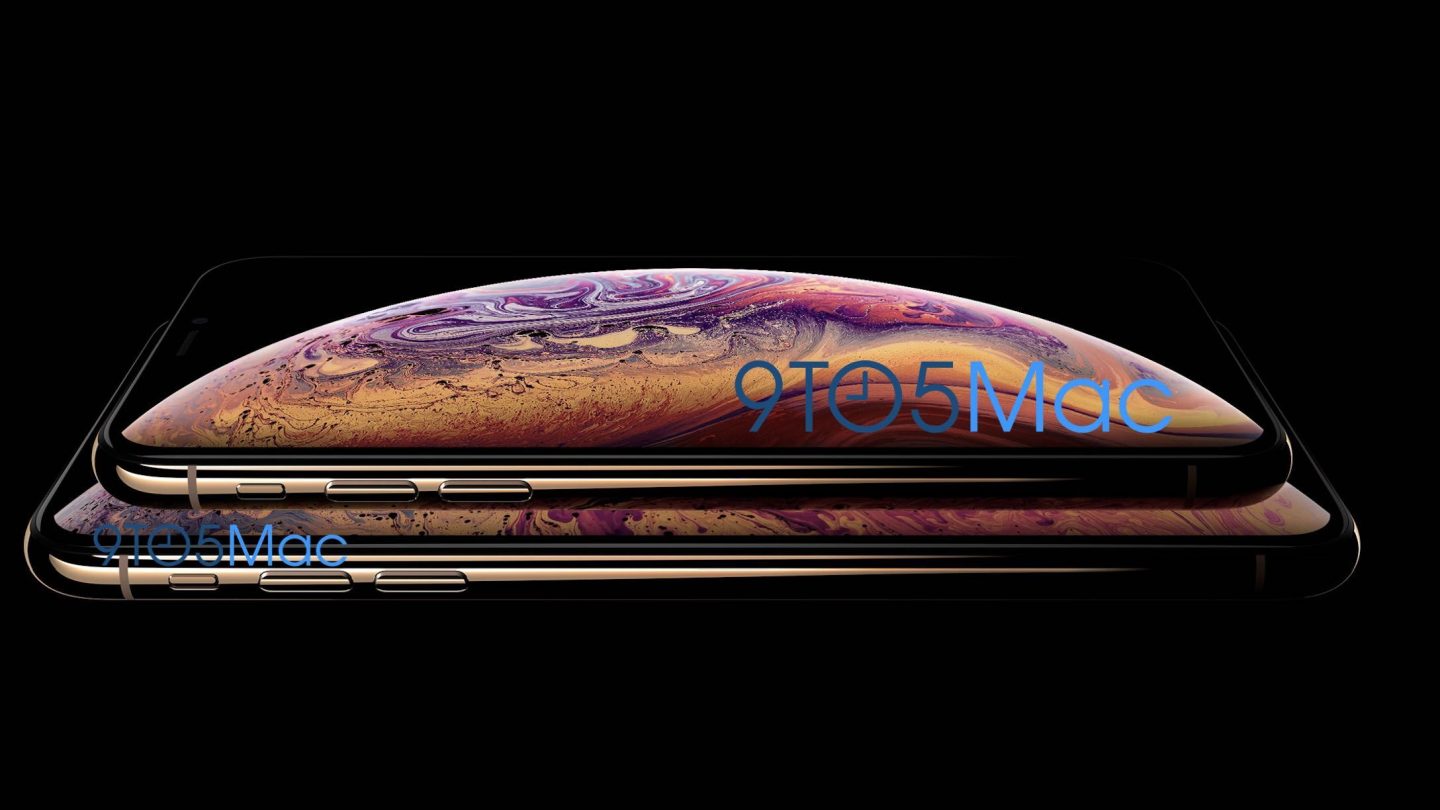 On the same day that Apple announced the date for its fall iPhone event, it also blew the lid on the announcement completely. At least one image of two upcoming iPhones has been leaked, seemingly through an Apple server. 9to5Mac has got its hands on an official Apple image, which shows both of the new OLED iPhones.

According to 9to5Mac, both devices will be called the iPhone XS, which is certainly a classic ‘courageous’ decision from Apple. The smaller device has a 5.8-inch screen, the same as the current iPhone X, while the bigger device has a 6.5-inch screen.

Apart from the increase in size, the physical design doesn’t appear to have changed much from the current iPhone X. It appears to be the same stainless steel design, curved around the sides, and with the same button placement. Thanks to the images on the screen, you can’t technically see the notch, but a camera and earpiece is visible, so there’s some kind of cut-out on the screen.

As you can also see, both iPhones are coming in a gold color for the first time. Although a gold iPhone X was rumored to be launching last year, it never materialized. We assume that the gold is just one of a number of color options — either that, or Apple has decided that the world needs a lot more bling.

In addition to the leaked iPhone image — which could be the first of many — there’s also some details about a new Apple Watch 4 with a revamped UI. Every rumor and leak has also suggested that Apple is going to launch a third iPhone this year, a 6.1-inch model with an LCD screen and lower price. There’s no hint of it in this leak, which suggests that Apple might give it less attention at the launch event.