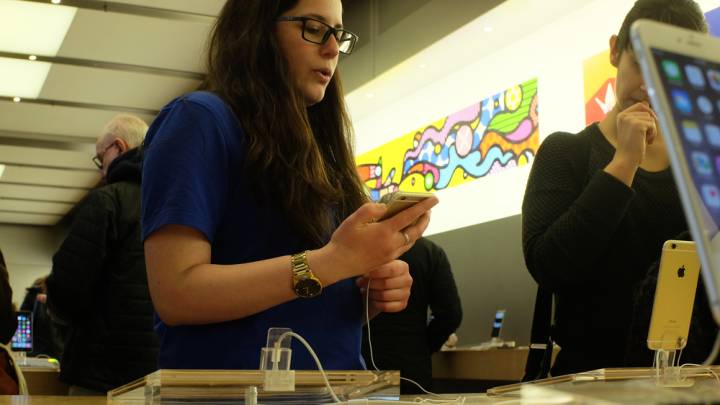 Apple is weirdly protective over the repair system that goes on at the Apple Store. You’d think that there aren’t many secrets to do with replacing glass screens and fixing iPhones that have gone for a swim in the toilet, but in Apple’s secret walled garden, everything is a trade secret.

Motherboard‘s Jason Koebler has been reporting on the Apple Store’s repair system for a while now, and he finally got his hands on the holy grail: pictures of Apple’s secret repair machine, which allows Apple to replace the Touch ID sensor on repaired phones. That’s a big deal, because it’s the one component that third-party repair stores have been unable to crack so far. The calibration machine that all Apple Stores have holds the secrets to why.

As Koebler explained in an earlier post, the iPhone Calibration Machine is a general testbed that allows repaired iPhones to be calibrated to factory standards before being returned to customers. From the sounds of things, they go through a series of tests to calibrate the display, touchscreen, camera, and internal sensors:

“It was a big clunky machine that honestly looked like someone built it in their backyard,” a former Apple Genius told me. “There were different ‘moulds’ that different iPhone models would go into before going in the machine, and it would take around 30 minutes … there was some weird liquid that needed to be placed in the machine that we would have to wear gloves with to fix it. Lots of gas type valves and whatnot. It literally looked like some backyard home job. Not very Apple-like at all.”

But the important part, at least for third-party repair stores, is how the calibration machine allows a new Touch ID sensor to be installed. Koebler goes into detail about the pairing of the Touch ID sensor and Secure Enclave here, but the short version is that without the calibration machine, a new Touch ID sensor can’t be installed on an iPhone. That obviously makes it impossible to fix the home button on newer iPhones outside of an Apple store, but it also makes working on a broken screen incredibly fiddly.

Head over to the Motherboard article to see the pictures of Apple’s hacked-together machine in action, and make sure to check out the previous coverage while you’re at it.