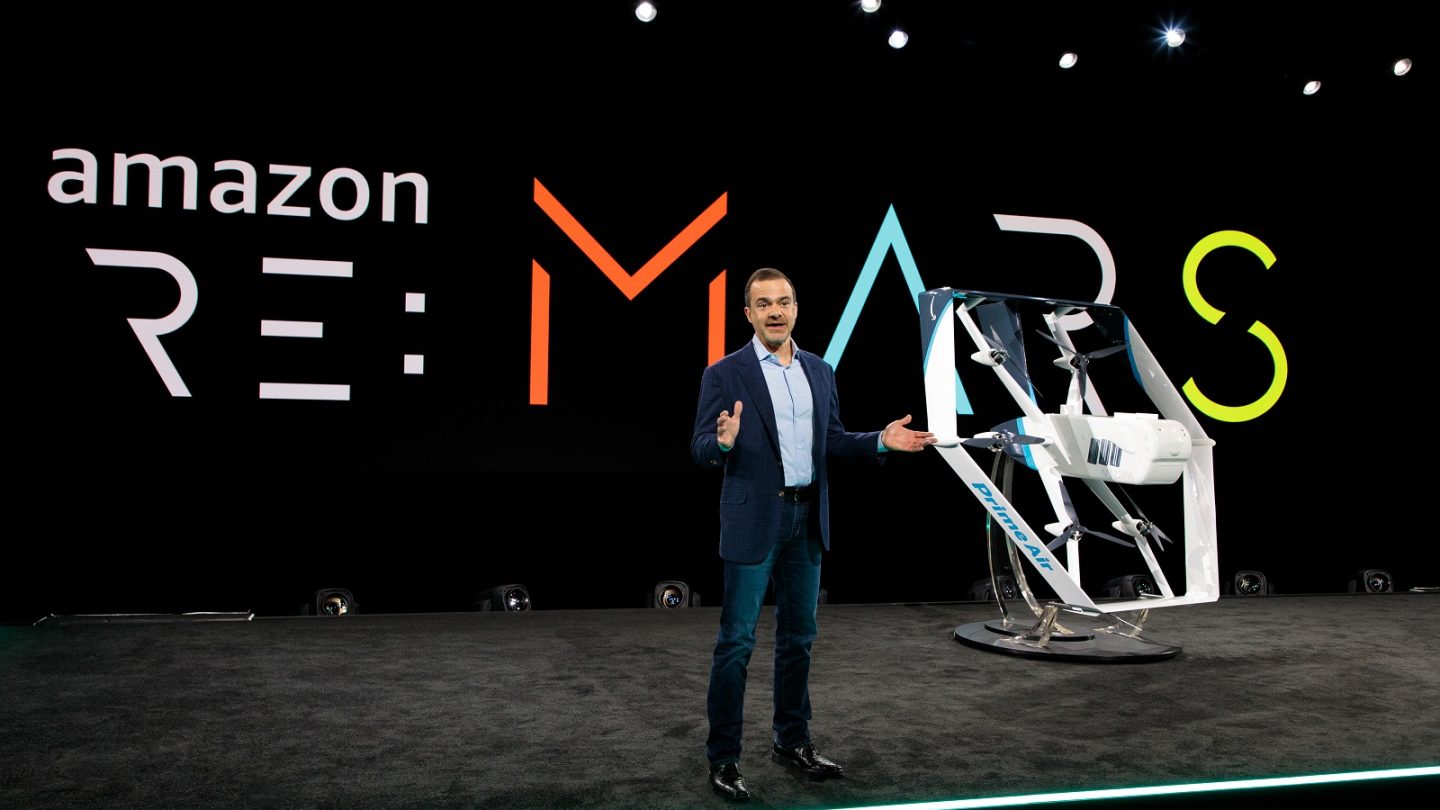 One of Amazon’s most ambitious, if not downright crazy, initiatives appears to be on the cusp of becoming a reality. Amazon earlier today announced a brand new design for its Prime Air delivery drone while also revealing that fleets of drones may begin delivering packages to consumers in just a few months time.

Amazon’s latest drone design can travel up to 15 miles on a single trip and can deliver packages that weigh less than 5 pounds to customers. The new design — which can take off and land vertically — is said to offer up improvements with respect to efficiency, stability, and safety.

And it’s efficient and aerodynamic – like an airplane. It also easily transitions between these two modes – from vertical-mode to airplane mode, and back to vertical mode.

It’s fully shrouded for safety. The shrouds are also the wings, which makes it efficient in flight.

The distinctive aircraft is controlled with six degrees of freedom, as opposed to the standard four. This makes it more stable, and capable of operating safely in more gusty wind conditions.

Notably, the latest iteration of Amazon’s drone includes a suite of advanced sensors, coupled with advanced machine-learning software, designed to help it avoid crashing into static and moving objects while in mid-flight.

Determining a suitable landing area can also prove challenging, but Amazon latest drone has technologies designed to address that as well:

For the drone to descend for delivery, we need a small area around the delivery location that is clear of people, animals, or obstacles. We determine this using explainable stereo vision in parallel with sophisticated AI algorithms trained to detect people and animals from above.

A customer’s yard may have clotheslines, telephone wires, or electrical wires. Wire detection is one of the hardest challenges for low-altitude flights. Through the use of computer-vision techniques we’ve invented, our drones can recognize and avoid wires as they descend into, and ascend out of, a customer’s yard.

Amazon CEO Jeff Bezos initially revealed his plan for delivery drones all the way back in late 2013. At the time, Bezos’ vision was naturally met with a lot of intrigue, but also a lot of skepticism. More than five years later, Air appears ready for takeoff. A video showcasing Amazon’s latest drone in action can be seen below: