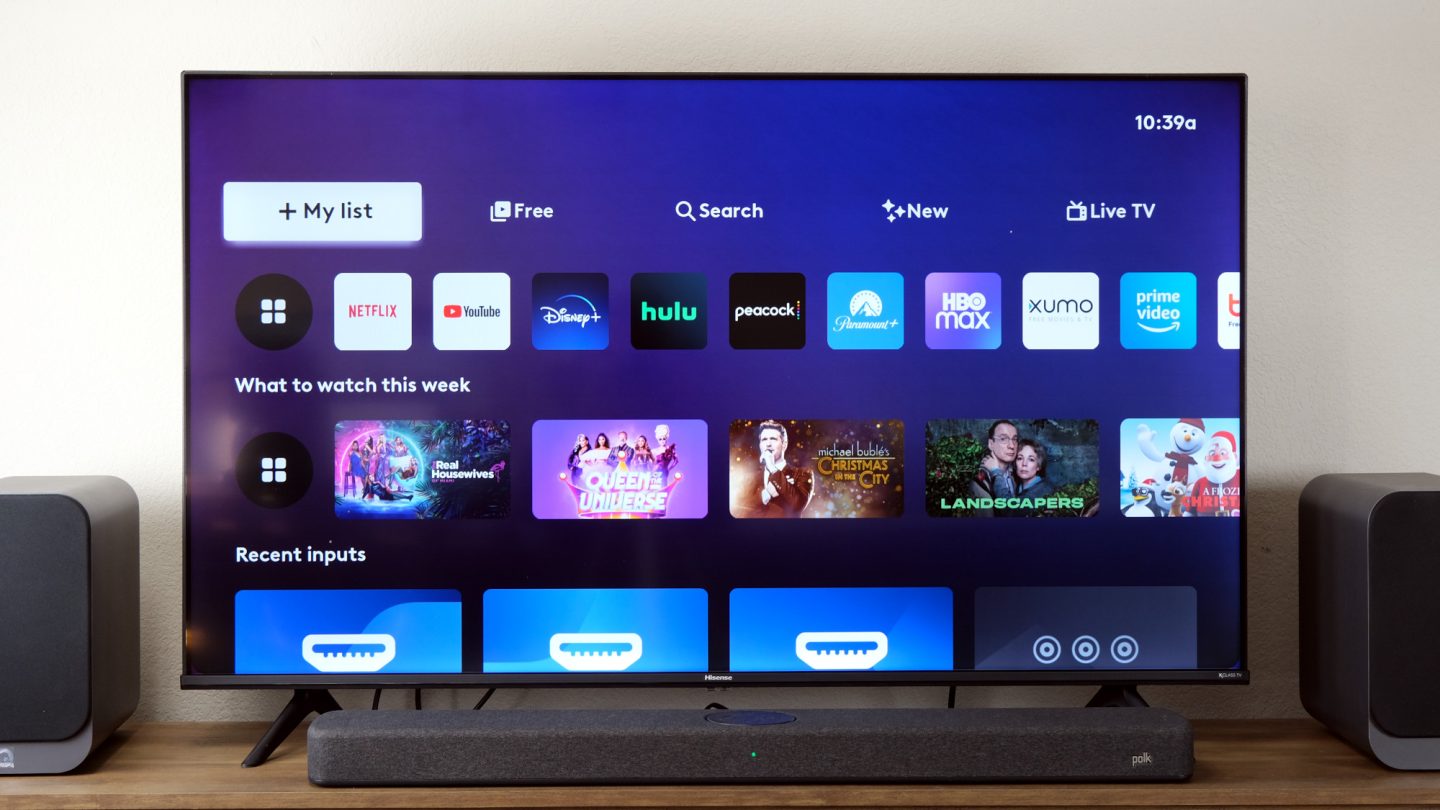 Comcast wants to play a larger role in your living room. The company already has its own streaming devices, but now it’s building its platform directly into the TVs that you can buy from Walmart. To that end, Comcast has partnered with Hisense on new variants of Hisense’s A6G series TVs — including the Hisense A6GX.

Now, we don’t have a review of the standard Hisense A6G, which is essentially the same as this TV, but has Android TV built into it instead of Comcast’s platform. So, we’ll be reviewing the TV as a whole, rather than focusing only on the Comcast-built software. If that’s all you care about, you can skip ahead to the software section.

Does the Hisense A6GX do enough to warrant putting up with Comcast? Or should you go for the Android TV model, or something else entirely? I’ve been using it to find out. 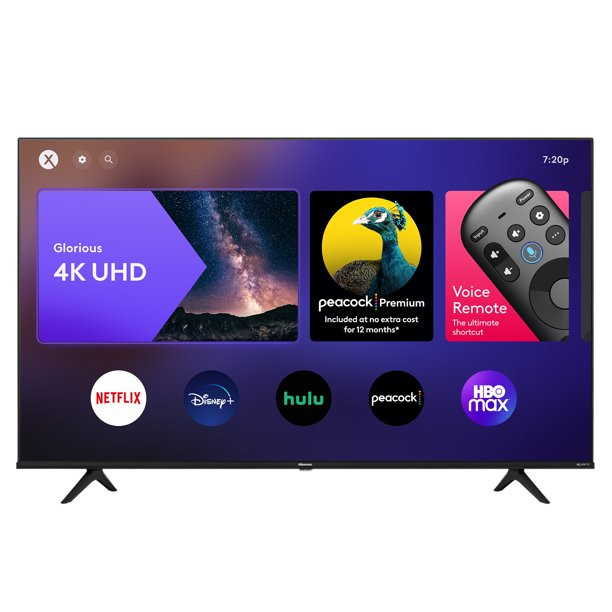 The exterior of the Hisense A6GX looks the same as the Android TV-powered model, and many other Hisense TVs out there. It’s not the most modern-looking TV, and it’s a little basic, but it’s not necessarily ugly. It should look fine in any living room setup.

On the back of the TV is where you’ll find all the ports, and there’s a solid selection here. You’ll get three HDMI ports, including one HDMI ARC port, along with other analog inputs. There’s also a USB port for power, for when you get sick of Comcast’s software.

Of course, it’s also important to note the design of the TV’s remote. The remote is built from a pretty cheap-feeling plastic, but it’s relatively easy to navigate, which is helpful. You’ll get basic software controls, a microphone button, and so on. You’ll also get quick buttons for Netflix, Peacock, Disney+, and Video.

Perhaps the most interesting thing about the Hisense A6GX TV is the software it comes with. It runs Comcast’s new XClass software, and as you would expect, puts services like Peacock front-and-center.

The software itself isn’t bad. It seems to be based on Android, and is laid out in a similar way — with a row of apps towards the top, and rows of recommended content and inputs to switch to under that. It’s not hard to navigate, and you’ll easily get used to it. It also looks relatively modern — more so than Roku, for example.

Because XClass isn’t a very established operating system, it doesn’t support all the smart home ecosystems you might want. You won’t get integration with Google Home, Apple’s HomeKit, or Amazon Alexa, so if you’re building a smart home, it’s worth going for a different TV.

The software is pretty good at putting live TV front and center, if that’s something you’re interested in. Out of the box, the TV comes with Pluto TV and other live services, and it’ll pull local network channels if you plug in an antenna. I tend to stream more than watch live TV, so these features weren’t necessarily super helpful to me — but they might be for others.

While you might be the Hisense A6GX for the software, display quality is important too. The Hisense A6GX offers a decent image quality, with vibrant colors — but don’t expect the best performance in the business. This is a budget TV, so you should necessarily experience the best performance. You’ll get an LCD panel with a 60Hz refresh rate and there’s no local dimming — and that does play into image quality. But that’s not to say that the TV looks bad.

Generally speaking, the A6GX is able to produce a colorful image, with good levels of detail. The TV supports Dolby Vision, HDR10, and HLG, and with 4K HDR content, you’ll get an excellent viewing experience throughout. That said, the TV is not able to deliver super deep black levels, nor does it get super bright. As a result, the viewing experience can feel a little flat at times. That’s not all the time though, and most will easily be able to look past this, especially for a TV in this price range. Motion handling on this TV also looks pretty good, and while it’s not necessarily the best in the business for things like watching sports, for most other things it looks fine.

1080p content looks pretty good on this TV too, and through the TV’s upscaling tech, it gets close to looking like 4K content, albeit a little less detailed. The TV is on the smaller end, so most should be able to look past the slightly less detailed image when watching older content.

Gaming on this TV isn’t the best overall experience, without support for a higher, variable refresh rate. But the TV does still support a low latency mode, which does help ensure that latency is as low as possible. Indeed, gaming did feel responsive on this TV.

Budget TVs usually offer a relatively lackluster audio experience, and the Hisense A6GX is no exception to that rule. The TV has two 8W speakers, and they will do the trick in a pinch. But if you have any room in your budget, we strongly recommend upgrading to even an inexpensive soundbar or a pair of bookshelf speakers.

Generally, expect enough volume to fill even a medium-sized room. But loudness itself doesn’t make for a good experience. Bass is lacking, and you won’t get a ton of detail or clarity in the high-end.

The Hisense A6GX is an interesting release. The A6G itself isn’t a bad TV in the price range, though Hisense itself offers TVs that are far better for only a few hundred dollars more. The TV boasts a colorful image with good motion handling, and should look good in most living rooms.

But most should stick with the Android TV model, or the standard Hisense A6G. Comcast’s XClass software is fine. But, it’s not the most versatile, doesn’t support most standard smart home ecosystems, and comes from a company that you may trust even less than Google. That said, if you’re super into live TV, then this TV might be better for you, considering how much it emphasizes live TV in the interface.

The biggest competition comes from Hisense itself, through the Hisense A6G. It’s the same as this TV, but with Android TV. You should buy that model instead of the XClass model, if you want to stick with a Hisense TV.

There are some other solid choices in the sub-$400 price range though. For example, it’s worth considering the Vizio M-Series. That TV does cost a little more than the A6G and A6GX, though.

Should I buy the Hisense A6GX?

No. You should get the Android TV model instead, or consider something like the Vizio M-Series.