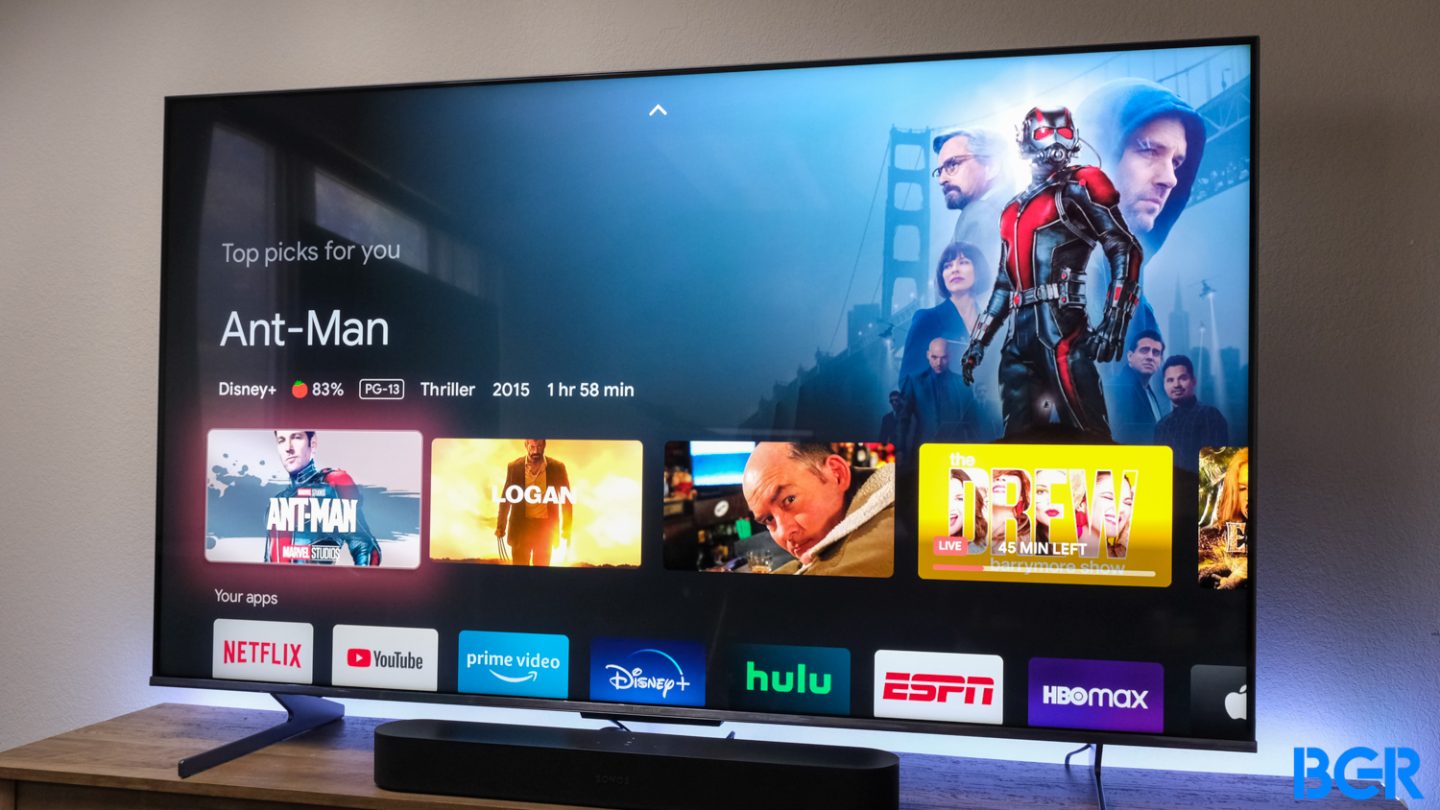 The budget TV world has never looked brighter. Along with TCL, Hisense has been building high-end, technologically advanced TVs that offer all but the most cutting edge features for less than $1,000. It’s been highly competitive for a few years now — and that’s a good thing for those that want a decent TV on a budget. Hisense’s latest midrange option is the Hisense U8H, which builds on the last-generation Hisense U8G with a number of meaningful improvements. Chief among those? The addition of Mini-LED backlighting technology, which makes this Hisense’s first attempt at Mini-LED.

But with such a competitive landscape, is the Hisense U8G really the TV you should go for in this price range? Or should you opt for something like the TCL 6-Series, or one of Hisense’s other options?

The Hisense U8H may be the company’s first Mini LED TV, but it easily matches far more expensive TVs from the likes of Samsung and LG. 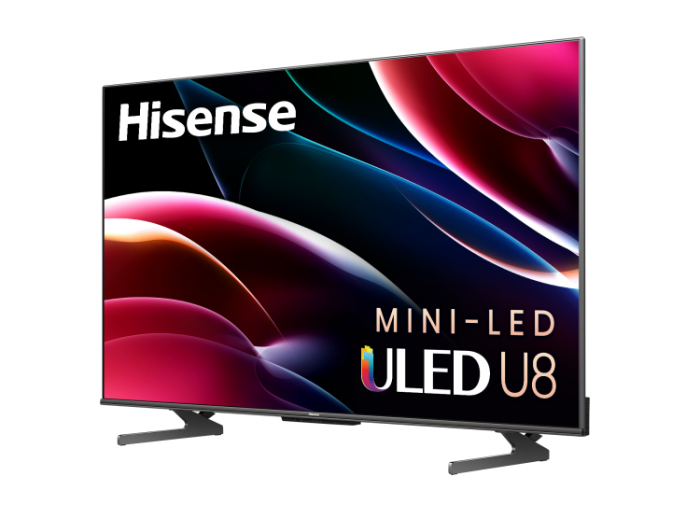 The Hisense U8H doesn’t radically change the formula when it comes to midrange TV designs, but that’s not a huge issue — it still looks relatively modern and sleek, and while it’s not as stylish as more expensive options, you wouldn’t necessarily expect it to be.

On the U8G, Hisense included legs that started in the middle and branched out, and while that looked cool, it’s taking a simpler approach here. The legs on the U8H are square-looking and minimalistic. They can be attached in one of two positions — towards the center or towards the outside. And, they have cable management clips, which I always appreciate.

The TV is a little thinner than the previous-gen model, and offers slim bezels around the display, with one slightly thicker one along the bottom. Most of the body is plastic, especially the back, but you’d expect that on a TV in this price range, and you won’t spend much time looking at the back anyway. The TV is available in 55-inch, 65-inch, and 75-inch variants, and we’re reviewing the 65-inch model.

On the back are all the ports, and there’s a solid selection here. You’ll get two HDMI 2.1 ports that support refresh rates of up to 120Hz, with another two HDMI 2.0 ports. And, there are two USB ports and support for HDMI eARC.

Setting it up is a breeze, though you will likely want two people to do so. All you really have to do is screw in the feet, connect your sources and outputs, and you should be good to go. It’s far easier to set up than some other TVs out there, that’s for sure.

The remote is a pretty basic Google TV remote with software controls and quick-access buttons for some of the more popular streaming services. It’s powered by two batteries (so not rechargeable), but feels fine despite the mostly plastic build.

The Hisense U8H comes with Google TV out of the box, and it’ll run all your preferred streaming services, including the likes of Netflix, Amazon Prime Video, and Apple TV+.

Setting up the TV is relatively easy, assuming you have a Google account. You’ll simply log in to your account and select the streaming apps you want downloaded, then you should be good to go. It’s worth checking if there’s a software update out of the box — while I didn’t run into any bugs with the pre-installed software, some other reviewers have and have noted that they were fixed with an update.

Generally, I find Google TV to be easy to navigate and well-designed. It’s organized in rows of suggested content, allowing users to quickly and easily dive back into shows that they’re watching. Also, because it’s a Google product, it’s compatible with Google Home, Google Cast, and so on. Unlike some Roku TVs and TVs with other software, there’s no support for services like Apple HomeKit, AirPlay 2, or other Apple services — except for Apple TV+, which is available from the Google Play Store. You can make it more Apple-centric with an Apple TV streaming box though.

The headline feature of the Hisense U8H is Mini LED backlighting. That basically means that the TV can turn off sections of the display when black is present in the image, and can do so with excellent precision. This helps increase contrast, and deliver those deep black levels on par with OLED TVs — while retaining a level of brightness that LED TVs are known for.

And indeed it does get bright. Like, really bright. In HDR, the TV was able to deliver extremely bright highlights that made for a much more realistic image than some of the competition. It still made for a bright viewing experience in SDR too, though more so depending on the viewing mode you select. Colors on this TV were vibrant and accurate (especially in filmmaker mode), and the TV was easily able to compete with the higher-end TVs from the likes of Samsung and LG, even despite the much lower price.

The TV supports HDR10, HDR10+, HLG, and Dolby Vision, so no matter what HDR format the content you watch is in, the TV should support it. It also offered excellent SDR upscaling that made it look pretty close to actual 4K content, which was great to see.

Gaming on the TV is an excellent experience too. Because of the fact that the TV has two HDMI 2.1 ports, you’ll get support for gaming in 4K at up to 120Hz, with a variable refresh rate. Input lag was low, and the TV has a built-in gaming mode that actually looked quite good.

Hisense has redesigned the sound experience for the Hisense U8H, and there’s a fairly substantial speaker on the back. The result is that the sound quality actually isn’t bad.

Now, that doesn’t mean I don’t recommend upgrading to a solid soundbar or sound system. The Sonos Beam with the Sonos Sub Mini would make a great sound system for this TV. But it does mean that in a pinch, you’ll still get decent bass response (for built-in speakers), and some detail in the high-end.

The Hisense U8H is an absolute hit. The TV gets incredibly close to far more expensive competition when it comes to image quality, and at a much lower price. In other words, your compromises come in the form of things like design and audio — not so much image quality, which is the most important consideration anyway. It’s an even better option for those in Google’s ecosystem, thanks to support for all the Google apps and services that customers would want.

This TV is easily able to compete with much more expensive TVs, and frankly, unless you’re considering buying a really high-end TV like the Samsung QN900B, this is the way to go for anyone wanting to spend $2,000 or less.

Should I buy the Hisense U8H?

Yes. This is an excellent option for anyone in the market for a new TV.

The Hisense U8H may be the company’s first Mini LED TV, but it easily matches far more expensive TVs from the likes of Samsung and LG.