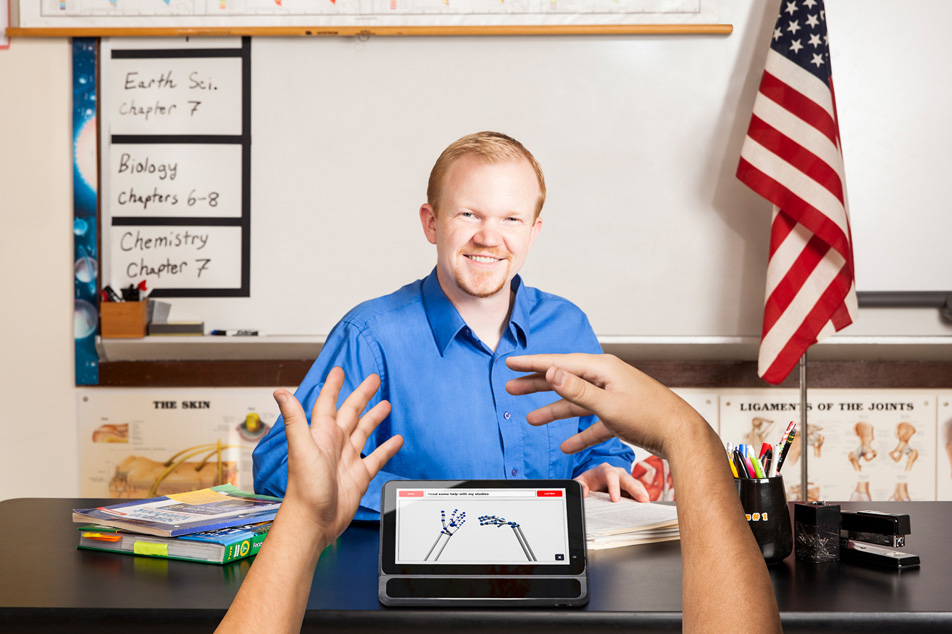 Over the past couple of decades, the world has evolved in a way that favors the hearing impaired, believe it or not. Whereas telephone calls had once been the preferred means of long-distance communication, text-based messaging and email have supplanted voice calls in many respects. But a problem still remains, of course: how can the deaf communicate face-to-face just as efficiently as they can using smartphones, tablets and computers? Now, we may have our first glimpse of the answer.

DON’T MISS: Watch someone use Netflix on a 100+ inch HDTV that appears out of thin air

Meet Uni, a hardware and software solution that marks the start of an exciting new era for the deaf.

Uni is a dedicated tablet created by MotionSavvy that enables fluid two-way communication between the deaf and the hearing using two distinct technologies. First, the gadget monitors sign language using integrated cameras and special recognition software, and it translates signs into spoken words. Then, when a hearing person responds by speaking, the gadget converts that speech into text that is displayed on its screen for the deaf person to read.

It’s a remarkable device that has the potential to dramatically impact the lives of the deaf. According to the World Federation of the Deaf, there are approximately 70 million deaf people in the world.

“To many individuals who do not know what we are doing, it seems like magic,” MotionSavvy co-founder Alexandr Opalka told Fast Company in a recent interview.

Here’s a video of Uni in action:

MotionSavvy plans to launch the Uni this coming summer with the ability to read at least 2,000 signs. More signs will be made available in updates, but users can also configure new signs themselves using SignBuilder software.

Two versions of Uni will be available. The hardware device costs $799, while a software-only solution that can be used with a computer and Leap Motion controller costs $99. Both solutions require a subscription of $20 per month that gives the user access to SignBuilder and CrowdSign, which takes user-programmed signs and shares them with all other Uni users. More information is available on the MotionSavvy website.

Tweet
The intense workout that got Michael B. Jordan in shape for Rocky spin-off ‘Creed’