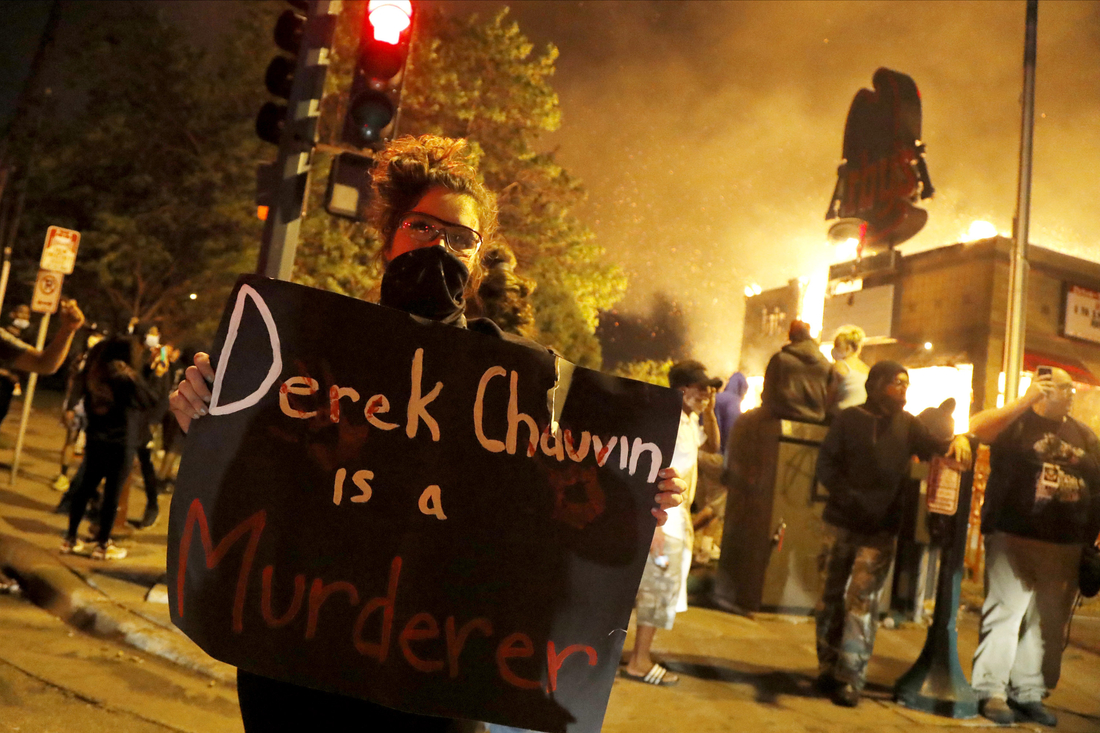 The Minneapolis police officer seen in videos with his knee against the throat of an unarmed man who later died — videos that have sparked widespread, angry protests around the country — has been arrested.

Local police officer Derrick Chauvin was taken into custody Friday by Minnesota’s Bureau of Criminal Apprehension. On Friday afternoon, Chauvin was charged with third-degree murder as well as manslaughter, according to Hennepin County Attorney Mike Freeman.

The officers involved in the arrest and death of Floyd were fired, and protests against police brutality have steadily grown in size over the past few days. In a sign of how extraordinary the situation has gotten in Minneapolis, CNN reporters and a video crew were on the ground covering the story of both Floyd’s death and the protests sparked by it, and in a bizarre turn of events, local police decided that they needed to be arrested. They were quickly released, in one of many examples of how the situation there is rapidly deteriorating — to the point that over 500 National Guard troops have been activated in an effort to get events there under control.

The family of George Floyd has been calling for the arrests of the officers involved in Floyd’s death, though the issue of police brutality extends beyond one city or state — which explains the size and scale of protests happening today across America and which follow a string of similar tragic events in recent years.

In related news, Twitter in the early morning hours Friday took the extraordinary step of “hiding” one of President Trump’s tweets from appearing in users’ feeds, a tweet that was related to events happening in Minneapolis. In it, he included the following: “When the looting starts, the shooting starts.” If you scrolled through the president’s feed, you would see the following message from Twitter before being allowed to click and see the tweet: “This Tweet violated the Twitter Rules about glorifying violence. However, Twitter has determined that it may be in the public’s interest for the Tweet to remain accessible.”

After stoking the fires of white supremacy and racism your entire presidency, you have the nerve to feign moral superiority before threatening violence? ‘When the looting starts the shooting starts’??? We will vote you out in November. @realdonaldtrump

Police officer Derek Chauvin has been arrested and is in custody for the murder of George Floyd. The first step towards justice.

In fighting for liberation there‘s always retaliation. We must protect our Freedom Fighters. We started a legal defense initiative to give legal representation to Freedom Fighters in Minneapolis paid for by @yourrightscamp

For representation or to donate https://t.co/q0pzAObCiG