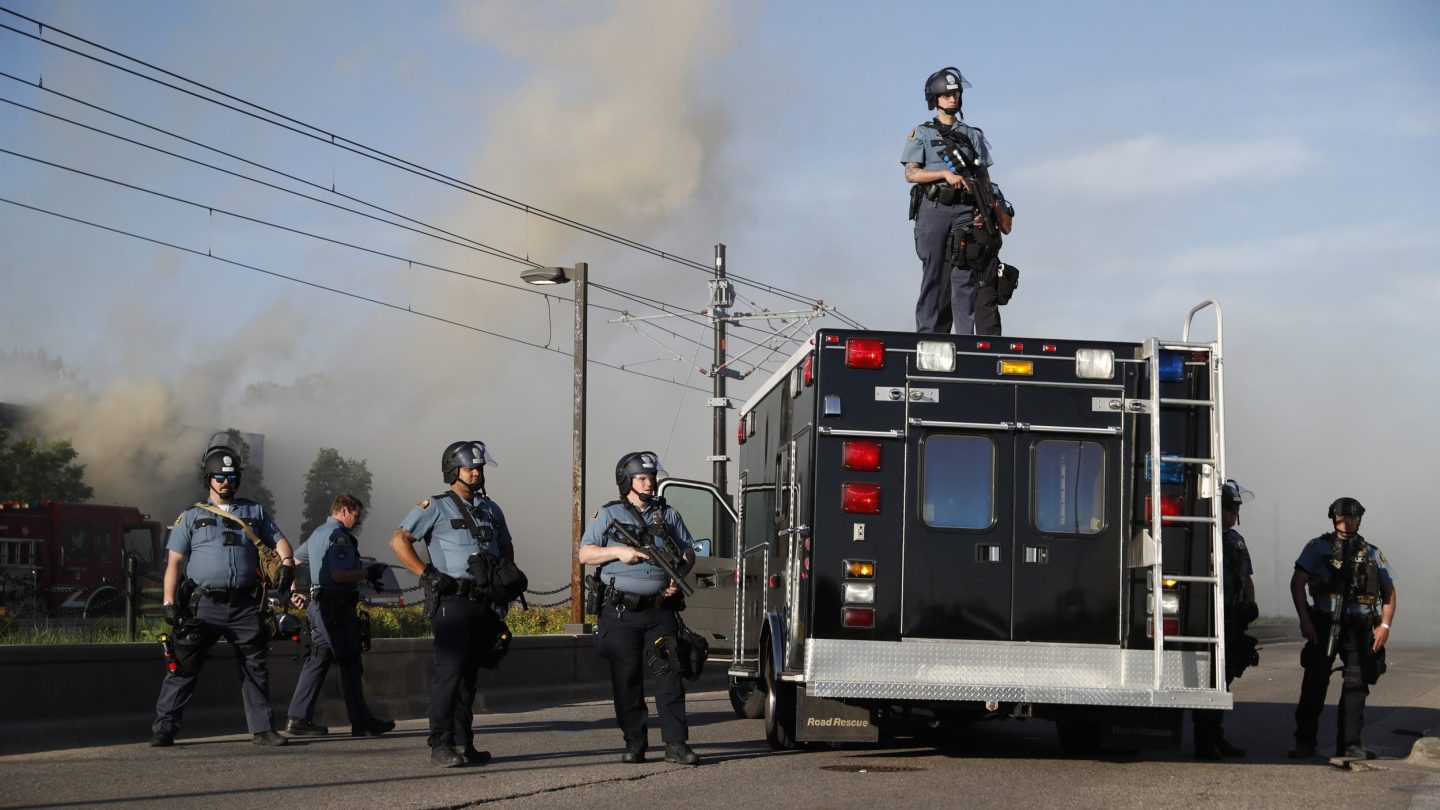 The death of George Floyd, an unarmed black man who is seen on video lying face down with a police officer’s knee pressed against his throat, has sparked widespread unrest in Minnesota. The officers involved in the arrest and death of Floyd were fired, and protests against police brutality have steadily grown in size over the past few days.

Overnight, clashes between heavily armed police and protesters led to damage to buildings and even a police precinct. CNN reporters and video crew were on the ground, documenting the events as they played out, and in a truly bizarre turn of events, Minnesota police decided that they needed to be arrested.

The video, which was recorded early this morning, shows a CNN team including reporter Omar Jimenez, a producer, a photojournalist, and a cameraman all being arrested in the middle of the street as they attempted to get directions from a line of officers in riot gear. Jimenez can clearly be heard asking where the officers wish for them to go, but none of them seem to have any idea how to proceed.

Then, seemingly out of nowhere, one office decides to place Jimenez, who is black, in handcuffs and lead him away. The other members of CNN‘s team were placed into custody shortly thereafter, with the cameraman leaving his gear on the ground, still providing a live feed to the broadcast. Jimenez can be heard asking why he was being placed under arrest, but the response from the officer (if there was one) is unclear.

The arrest of reporters who are not just documenting the events but are actively attempting to comply with the demands of police is a pretty big deal. It’s a violation of the Constitution and should not happen in the United States.

Minnesota Governor Tim Walz was quick to chime in on the event, saying that he “deeply apologizes” for the arrests and calling the events that unfolded “unacceptable.” He noted that CNN‘s team was doing the right thing and clearly complying, so there was no reason for things to have played out the way that they did. The CNN crew was eventually released from custody.

Minnesota Gov. Tim Walz has apologized for the arrest of a CNN reporter and camera crew and says he will have them released. “It was totally unacceptable.” https://t.co/wzsTRlW3I4 pic.twitter.com/7xec3wTnbm

Needless to say, things are not going well in Minneapolis right now and a resolution may not come for some time. The family of George Floyd is calling for the arrests of the officers involved in his death, but the issue of police brutality extends beyond one city or state. Convictions of those officers might calm things down in Minnesota, but there’s clearly a larger problem here that needs to be addressed before more innocent people lose their lives.