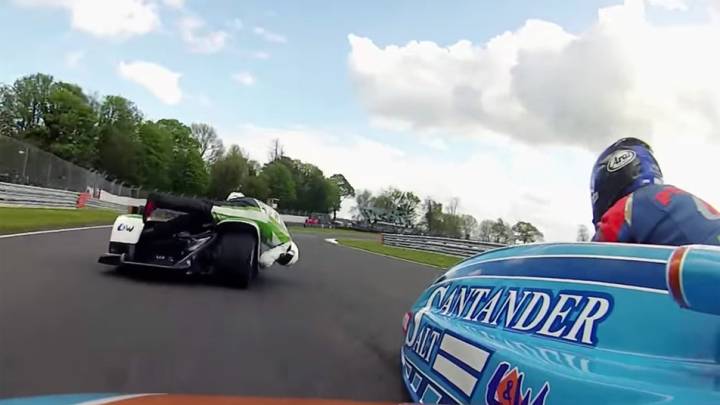 The odds are very good that you’ve never heard of F1 sidecar racing before, but we promise that you won’t soon forget it. This crazy sport began in the late 1940s and racers used rigs much like the ones you might envision when you think of a motorcycle and a sidecar. In the modern era, the sidecar racing has completely transformed into one of the craziest sports we’ve come across recently, and it’s just about as dangerous as it looks.

MUST READ: This crazy iPhone 6s scam on Amazon isn’t what you think

In a nutshell, each car is manned by two people. The first is a driver who steers and controls the throttle and braking, and the second is an insane person who climbs around the back of the vehicle and tosses his weight around. This is done in an effort to ensure that the distribution of weight on the vehicle is perfect through each and every turn, and then he ducks down on the straightaways to optimize aerodynamics.

It’s a complicated and dangerous sport, and crashes can be catastrophic or even deadly, as you might imagine. What does it look like in practice? Round 1 of the 2016 British Sidecar Championship took place recently and Digg drew our attention to the video below. Watch it. It’s crazy.