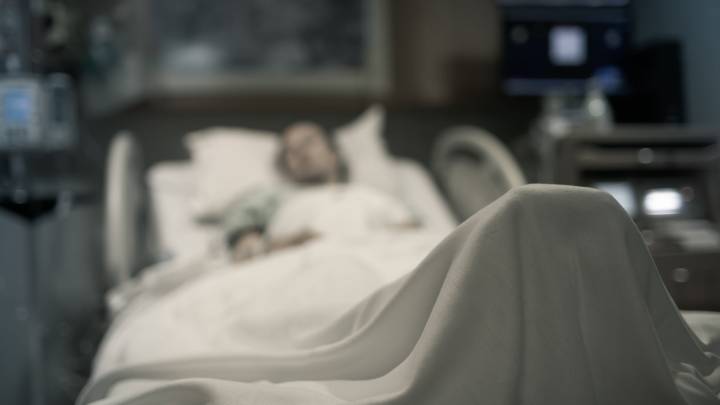 He was 33-year-old, and his Instagram content showed he was in the best shape of his life. He was also a denier of the novel coronavirus. Dmitriy Stuzhuk died of COVID-19 complications a little over a week after receiving his positive diagnosis, posting about his experience from the hospital.

We’ve seen this situation over and over since the beginning of the pandemic. People who didn’t think the illness was real or who thought they’d have no problem beating the illness suddenly found themselves fighting for their lives against the COVID-19. Some of them survived. Some of them died of complications from an illness they ignored and denied, or watched as a loved one suffered. The case of Stuzhuk is all the more important as he also happens to have been a fitness influencer with a huge following. More than 1.1 million fans might have listened to his opinions, including his thoughts on COVID-19. But they also witnessed his warning that COVID-19 is very real in what turned out to be his last message on Instagram.

“I want to share how I got sick and to strongly warn everyone,” Stuzhuk wrote in Russian on Instagram, via The Sun. “I was one who thought that Covid does not exist… Until I got sick.”

He told fans that “COVID-19 is not a short-lived disease! And it is heavy.”

He started experiencing symptoms on a trip to Turkey a few days ago, as he woke up with a swollen neck and had trouble breathing. He blamed his symptoms on other factors, like sleeping with the AC on. He tested positive on his return to Ukraine and was hospitalized. The country is facing a COVID-19 resurgence, like most of Europe.

“The hospital is completely filled with people, some of them being treated in corridors,” he said. He was given oxygen therapy, as his final set of photos on Instagram shows. He said his pulse oximetry readings ranged from 94-96, which are normal values. But he still received supplemental oxygen.

After eight days, he was allowed to leave the hospital to resume his recovery at home. But his ex-wife Sofia, who is even bigger on Instagram in Ukraine with 5.2 million followers, announced the complications that ultimately lead to Dmitriy’s death. She said her ex-husband was in “grave condition” and “unconscious,” as the man was rushed back to the hospital. She told the world that Dmitriy “had problems with his cardiovascular system” and that his heart is “not coping.”

“His state is extremely grave. No-one can do anything with this,” she posted. “I did everything I could, so the father of my three children lives. But nothing depends on me now… “

Sofia then shared the news of his death. “God, I am so sad that you didn’t listen to me about your health,” she said, per 7news. “But we always respected each other’s choices. We were no longer together, but it hurts me no less.”

Like Stuzhuk, there are plenty of deniers who did not believe the illness was real before getting infected. Not all those cases are as publicized, and most do not have a similar reach on social media. One such man was saved via a lung transplant after 100 days on machines. A woman in Spain had to relearn how to walk after 69 days in the ICU fighting COVID-19.

The influencer also proves that age doesn’t guarantee survival after the infection with coronavirus. The illness mostly kills the elderly, who are more likely to suffer from preexisting conditions. But there are plenty of exceptions for all age groups, Stuzhuk included.