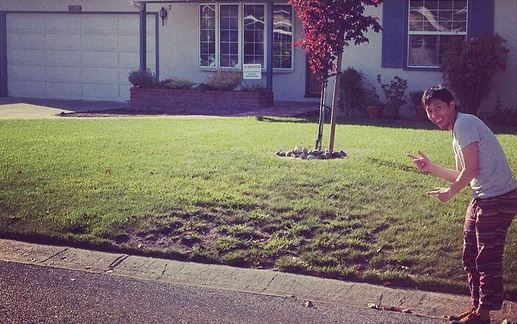 When you’re an Apple fanboy, you’re willing to go to great lengths to show your devotion to the brand. That devotion could lead you to make a pilgrimage to Steve Jobs’ childhood home to take pictures in front it… and not even consider doing such a thing the least bit creepy.

As Business Insider documents, over the past year at least 13 different Apple fans decided to head to Steve Jobs’ former home in Los Altos, California where Steve Wozniak and Jobs built the first Apple computers in 1976 and post pictures of themselves standing in front of it on Instagram.

Have a look at these happy Apple fans taking pictures at the innovators childhood home below thanks to Business Insider’s exhaustive work.

For the rest of the Steve Jobs pilgrimage photos, head on over to Business Insider to get the full report. You won’t be disappointed, and you may even think about traveling to Los Altos, California to take pictures, too… although you probably won’t.