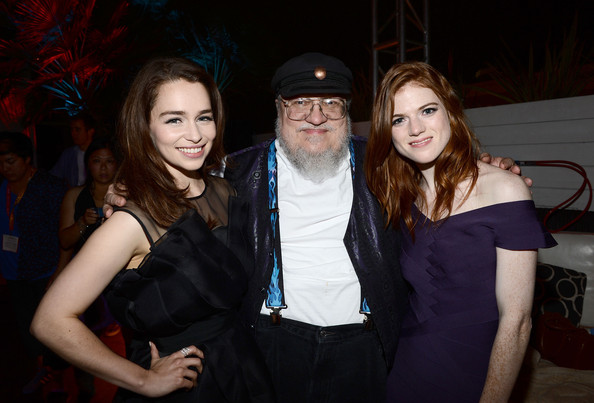 As much as George R.R. Martin appreciates what HBO has done for his stories, he still thinks its portrayal of the scenery in the Game of Thrones series is wrong, or at the very least not what he personally envisioned. That’s why he spoke at 92Y in Manhattan on Sunday about his new book The World of Ice & Fire that chronicles the history of Westeros and what everything should look like.

RELATED: Game of Thrones’ most iconic prop should be even more massive than what you see on HBO

“I wanted accurate versions of these castles. We’ve had a number of different artists draw them on covers and on the fantasy like cards and games, and some of them have been beautiful images but not necessarily accurate to what I described,” Martin told the panel.

All this explains why he teamed up with multiple artists to paint his vision of Westeros. Check out the closest we’ll ever get to see of what Westeros looks like:

The Red Keep at King’s Landing

Castle Black at The Wall

You can pick up The World of Ice & Fire on Tuesday, October 28th.