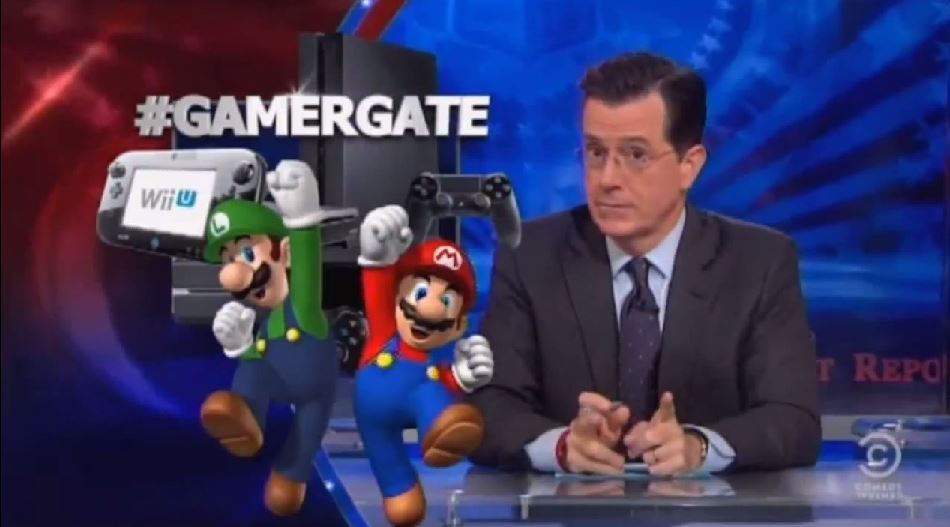 On Wednesday night, Anita Sarkeesian, creator of feminist video game critique “Tropes vs. Women in Video Games,” stopped by The Colbert Report to discuss the Gamergate movement. Gamergate started out as a revolt aimed at alleged poor ethics in video game journalism, but then devolved into a misogynistic movement that harassed prominent women in the video game industry.

Sarkeesian has had to cancel speeches, received bomb threats, and even had to flee her home because of threats of violence. Colbert sat down with her to discuss Gamergate and thankfully found some humor in the debacle.

In the clip below, Colbert obliterates Gamergate people he describes as “male gamers harassing women who are speaking out about the portrayal of women in video games. Presumably, after the initial shock that women were speaking to them at all.”

Watch the hilarious clip and interview Colbert has with Anita Sarkeesian below: