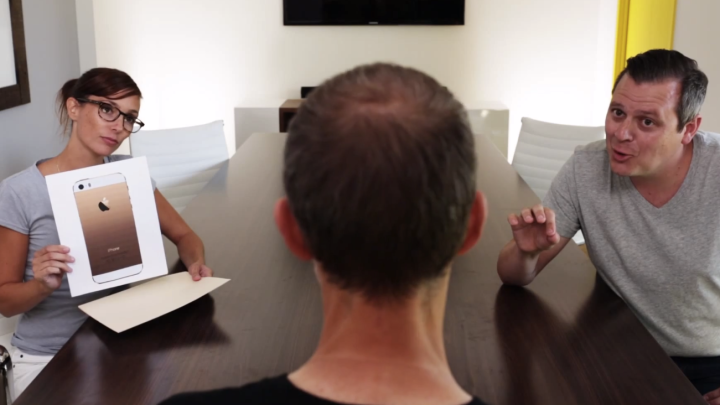 Microsoft has done a lot of Samsung-esque Apple mocking in recent ads that have produced mixed results at best. Microsoft’s latest video depicts a supposed “fly on the wall” at Apple’s Cupertino headquarters as two Apple employees pitch new iPhone ideas to their new superiors. The video does get some legitimate shots in — the line about Apple going out of its way to explain how the iPhone 5c’s plastic casing doesn’t really feel like plastic certainly rings true — but the execution is on the whole rather awkward and lacks the polish of Samsung’s classic Apple-roasting ads. Plus, unlike Samsung, most of Microsoft’s ventures in the mobile world have been duds so far and thus take some of the bite from the company’s attempt at parody. The full video follows below.

UPDATE: Microsoft has made the video private following widespread complaints from viewers. Business Insider managed to download the video before it was pulled and their version is embedded below.