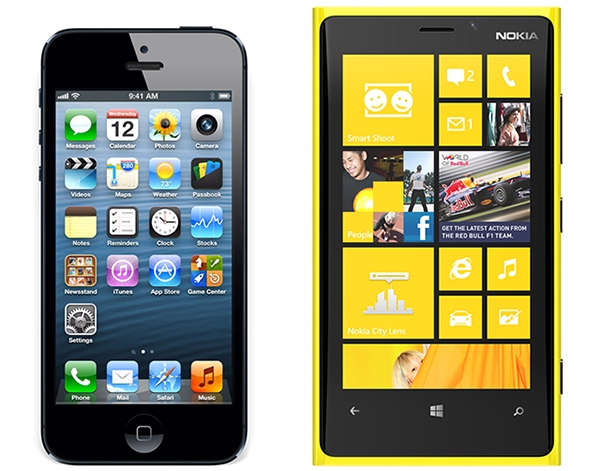 Soon after China Unicom announced it has 100,000 pre-orders for the iPhone 5, Helsinki was rocked by news that China Mobile has signed a deal to sell a TD-SCDMA version of the Lumia 920. China Mobile, of course, has more than 700 million mobile subscribers. The timing of the deal is important, because it now seems that Nokia (NOK) will get its flagship to China Mobile ahead of Apple (AAPL). Both companies have been courting China Mobile intensely for the past year. It is quite likely that the subsidy demands of Apple ended up annoying CM, which may now be using Nokia in order to goad Apple to make concessions.

Here is why the China Mobile-China Unicom battle is so hot. CM added 3.7 million 3G subscribers in October, while CU added 3.2 million. This is the biggest 3G growth competition anywhere in the world, particularly when you throw in China Telecom, which added 3 million 3G subscribers during the same month. In America, 3G subscriber growth has slowed down to a crawl. In China, it is blazing ahead with nearly 10 million new 3G subscribers per month.

This is exactly what Nokia needs: Consumers who are buying their first 3G smartphone. That’s the target for the Lumia, since wrestling away fans of iPhone or Galaxy S III phones is mighty hard. According to AdDuplex data, China is the world’s second-largest market for Windows Phones and its 13% share of the world’s Windows handset market is just a tick below the United States share of 14%. Chinese consumers already have some affinity for Lumia devices. A big push from China Mobile could give the Lumia 920 its biggest sales in the world — unlike with AT&T (T) or Vodafone, China Mobile’s marketing isn’t distracted by iPhone yet.

The best part of the whole scenario for Nokia is that it does not need to match iPhone 5 sales in China to declare success. It does not even need to reach half of iPhone 5’s sales volume. Nokia’s position in Chinese high-end market has eroded so badly that if it can reach 20% of iPhone 5 volume, it’s going to be a pleasant surprise for market observers.The bar is low and Nokia has a 700 million-subscriber operator behind its new model. This is a pretty sweet set-up.