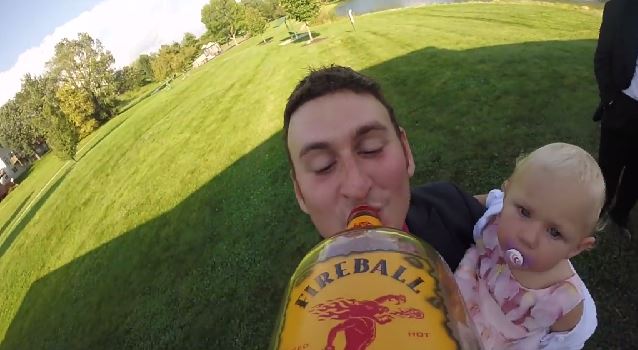 GoPro cameras have captured amazing videos from around the world that have shown us what it’s like to leap off a building or to travel inside a live volcano. Now, however, a GoPro camera has been used to do show something that’s much less potentially deadly and much more amusing: Namely to show what happens when wedding guests slug down an entire bottle of whiskey.

The “Fireball Cam” video captures various guests at a wedding taking their turns drinking from a bottle of Fireball Cinnamon Whiskey. As you can imagine, the guests all had pretty hilarious facial expressions as they took hits from the bottom, as the whiskey in question is pretty strong stuff and has 33% alcohol by volume.

UPDATE: The video just went private, which is bad news. The good news is a Redditor managed to make it a gif. Enjoy!