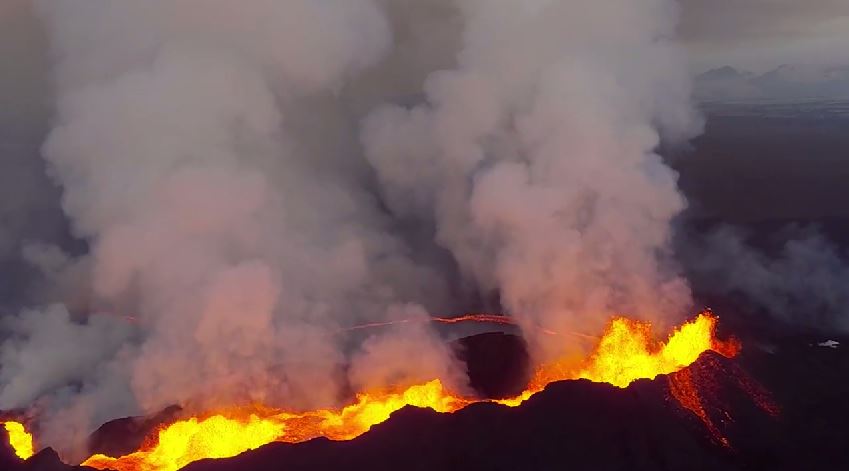 When you have the ability to attach a GoPro Hero 3 onto a DJI Phantom Pro 2 drone, you can have the opportunity film incredible scenes from the air. Filmmakers enjoy using the technique because they normally spend millions renting helicopters to do flyovers and now they can spend significantly less money capturing footage of dangerous situations… such as, say, a volcano erupting.

The footage comes from the still erupting Bardarbunga volcano in Iceland. Cheng and Sigurdsson got as close as they could to the volcano to launch the drone, but not close enough to be in harms way.

Check out the incredible footage below:

After all is said and done, the GoPro was partially melted:

The good news is that the memory card inside survived and gave us the stunning video montage of the volcano. The video proves that a combination of a GoPro and a drone can lead to so many awe-inspiring videos taken from the skies above.

You can head on over to Wired to get the full story. Additionally, you check out the behind the scenes action of this insane volcano adventure over at DJI’s Youtube page.