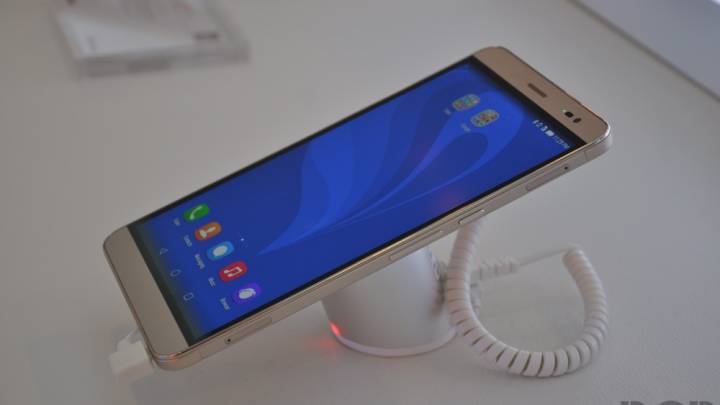 The Galaxy S6 and HTC One M9 may have stolen the show at MWC 2015, especially the Galaxy S6 edge version, but that doesn’t mean all smartphone buyers currently considering a new Android handset will go for a high-end device. Nor should they, since the S6 is ridiculously expensive and there will be plenty of cheaper Android devices launching soon, running Android 5.0 Lollipop right out of the box.

In what follows, we’ll be taking a quick look at four solid contenders that were unveiled at MWC Barcelona that I took a look at during the show.

The Xperia M4 Aqua isn’t the Xperia Z4 flagship some people may have wanted to see from Sony at MWC, but the device is definitely a good-looking mid-ranger, packing some serious specs and an affordable price. Or, at least, the smartphone is much cheaper than the aforementioned HTC and Samsung handsets.

With an expected price tag of €299 this spring, the 5-inch device sports an HD display, a 64-bit octa-core Qualcomm Snapdragon 615 processor, 13-megapixel camera, 5-megapixel front-facing camera, 4G LTE and 2,400 mAh battery. The Xperia M4 Aqua comes with IP65/8 water and dust proof certification, and looks and feels like a premium device, though… again, it’s not the flagship you expect from Sony this year.

Huawei announced some interesting products at MWC, including the Huawei MediaPad X2, a phone that has a generous 7-inch display. The tablet with phone functions looks rather impressive, and has some very interesting specs as well, which could make it a great choice for anyone looking for top hardware, a large screen, and cellular phone capabilities.

The MediaPad X2 is impressively thin at 7.28mm, though it’s unlikely to fit in pants pockets, just see a comparison with the 4.7-inch iPhone 6 in one of the following images. On the other hand, the handset has a metal body and the screen takes up 80% of the front panel.

The last two devices come from LG, an Android handset maker that decided not to launch its secret flagship handset at MWC, where it would share the spotlight with Samsung and HTC’s top smartphones.

Even so, the company unveiled four new mid-range devices at the show, which you’ll likely soon see in local Android offerings from carriers and other electronics resellers; these include the Magna, Spirit, Leon and Joy. The new handsets are very similar when it comes to specs, though there are differences when it comes to screen size, resolution, cameras and battery life.

Of these four, the Magna and Spirit seem like the best choices, being the company’s 5-inch and 4.7-inch new devices, respectively. The handsets will pack quad-core processors, 1GB of RAM, 8GB of storage, LTE Cat. 4 support and Android 5.0 Lollipop.

Both devices will have some of the G3’s features, including a large screen-to-front ratio, as their buttons are conveniently placed on the back of the handset, right underneath the camera, and offer users access to special Quick Circle cases.

LG’s new phones, including the Magna and the Spirit, will be available in various markets starting this month.