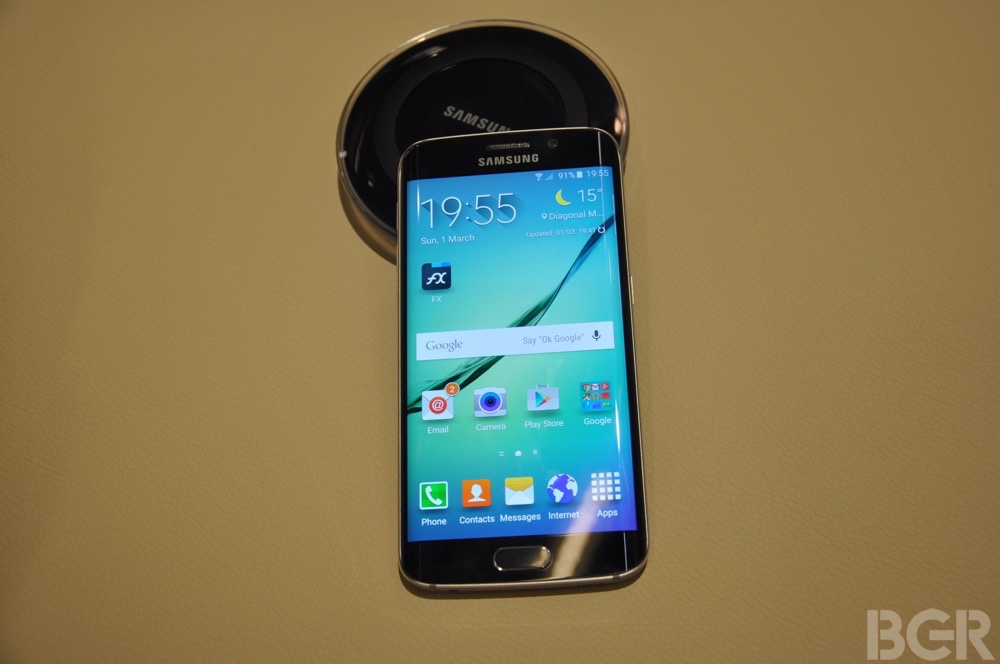 If you liked any of the recent mid-range metal Galaxy phones that Samsung released, you’re totally going to love the brand new Galaxy S6 flagships. Both the Galaxy S6 and Galaxy S6 edge pack amazing hardware, and come with a brand new kind of design, one that shows Samsung is actually capable of creating well-built devices for a change, even if that means still having to cheat off Apple’s iPhone.

Of them, the Galaxy S6 edge is by far the better version, just as some carrier execs told reporters before the show, even though Samsung has not really explained why we need a dual-edge curved display in a smartphone.

In fact, the phone’s curved displays have little to add to the phone’s functionality, other than to add some simpler, and potentially cooler, purposes than the single-edge screen found on the Galaxy Note Edge.

However, seeing notifications on one of the edges, or being able to quickly access your top five favorite contacts, or being able to tell which one of them is calling you by simply seeing their assigned color, aren’t must-have features. They’re interesting attractions, at best. Marketing gimmicks, if you will, that will help Samsung ask more money for the curved Galaxy S6 — and reports reveal the Galaxy S6 edge will be significantly more expensive than its more “boring,” flatter, brother.

Samsung definitely has something here, though. After all, it has been teasing devices with curved displays for a few years now, without actually delivering one to take home. But the company doesn’t look like it knows exactly what it wants to do with a cool-looking curved display like the one on the Galaxy S6 edge.

Yet, after having played with both devices, I’ll say right away that I’m totally smitten with the curvier model. Rationally, there’s really no reason for me to prefer the Galaxy S6 edge over the Galaxy S6, especially considering that they’re perfectly similar when it comes to specs. But no matter how you look at it, and how you hold it, the Galaxy S6 looks and feels better.

That doesn’t mean I’d buy the Galaxy S6 edge now, if it were available in stores, without trying to convince myself the simple Galaxy S6 is the better option. However, other customers looking to replace their devices with a top new Galaxy S, might end up choosing the more expensive Galaxy S6 edge for the same reason I totally dig it — it looks and feels extremely well, especially when directly compared to the regular model. If that works, then Samsung might have one great weapon to try to get some of that lost revenue back.