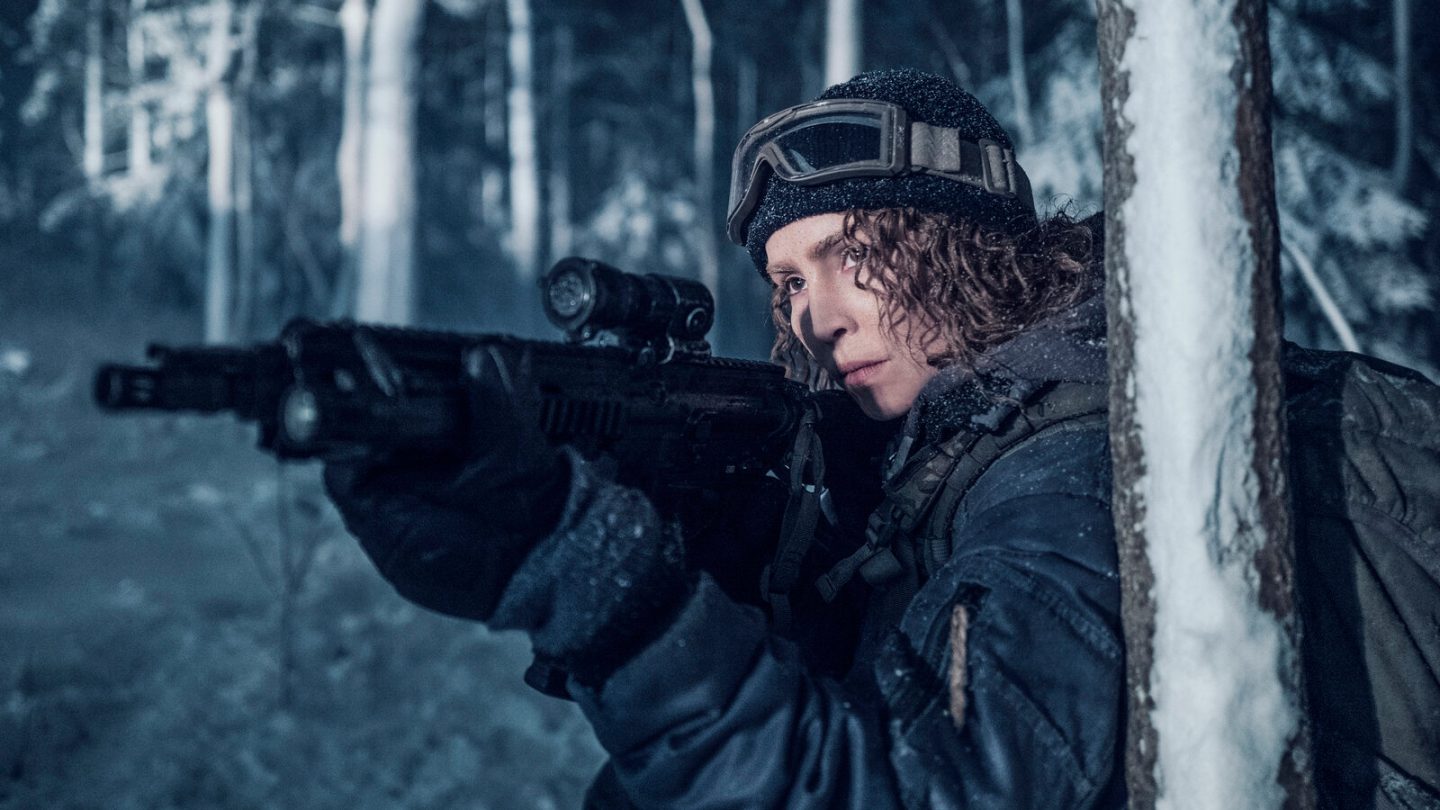 The Netflix original movie getting the most attention following its release on Friday, March 18, is arguably Windfall. This makes sense, given that this Hitchcockian thriller stars Lily Collins, Jesse Plemons, and Jason Segel. However, this is also not to say it was the only feature-length film that Netflix released today. On the contrary, a new Swedish action-thriller starring Noomi Rapace called Black Crab has also just debuted on the streaming service, as well.

Should you check this Netflix release out or skip it? We’ll give you some details to help make that decision below.

For starters, you can watch the trailer, embedded in the tweet below. And as we noted in a separate post today, for what it’s worth, the latest data from Netflix shows that foreign content like this certainly remains a big draw for the platform.

Here’s the Netflix synopsis for this Swedish action thriller, which is set in a post-apocalyptic world. “During a long, harsh winter, six soldiers embark on a covert mission across a frozen archipelago, risking their lives to transport a mysterious package that could end the war. As they enter hostile enemy territory, they have no idea what dangers lie ahead or who — if anyone — they can trust.”

Black Crab was directed by Adam Berg, Netflix continues, and “follows the six soldiers on their desperate mission across the ice. As they push themselves to the limit, they have to decide what price they are willing to pay for their own survival.”

So far, on the review aggregation site Rotten Tomatoes, the critics’ score is — not great. But not terrible, either. It currently stands at 60 percent, based on 10 reviews at the moment. They include the following:

If Black Crab doesn’t sound up your alley? Check out our latest weekly recap for a full rundown of all the additional big Netflix titles from this week. As for the other new movie we alluded to above, meanwhile, Windfall also debuted on Netflix on Friday. And this is another film definitely worth checking out, which you can read more about right here.

All you really need to know going in: Netflix’s official synopsis for this 91-minute film is pretty bare-bones. Windfall basically follows a wealthy couple who arrive at their vacation home and come face-to-face with a robber.

The cast members’ parts are similarly minimalist in their respective descriptions. Collins plays, simply, the “wife.” Plemons is the “CEO,” and Segel’s character description reads, simply, “nobody.”