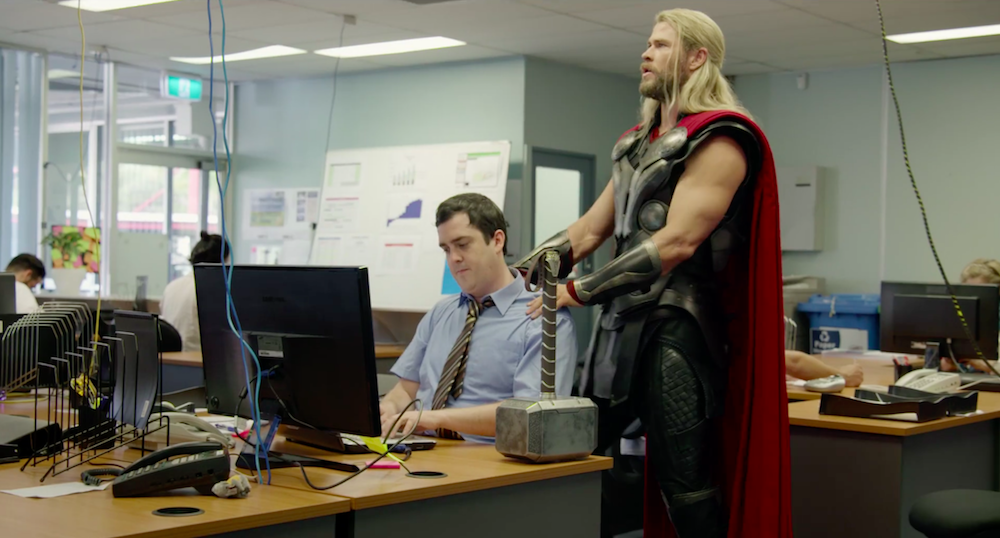 Even though Captain America: Civil War was as entertaining as any of Marvel’s recent films, there was an interesting omission from the cast that had me distracted for a vast majority of the movie. Where in the world was Thor?

Of course, the actual answer is that Thor would have completely ruined the balance between the two warring factions, as he’s, you know, a god. But over the weekend, Marvel shared a short video that gives a far sillier explanation:

That’s right — Thor was spending all of his time with Darryl, some random Australian with an office job. It sounds like he would have been more than happy to get involved in the fight, but Tony Stark and Steve Rogers apparently never sent that raven. Poor Thor. It’s tough being a handsome god.

This is a pretty fantastic reintroduction to Thor, but as anyone who has been keeping track of the Marvel Cinematic Universe knows, the real reason that Thor didn’t take part in the Civil War was because he was out on his own adventure with Hulk, which we’ll see in Thor: Ragnarok on November 3rd, 2017.

The special feature you saw above was directed by Taika Waititi, who is also directing Ragnarok. It’s just one of the features available when Captain America: Civil War releases on Digital HD on September 2nd.