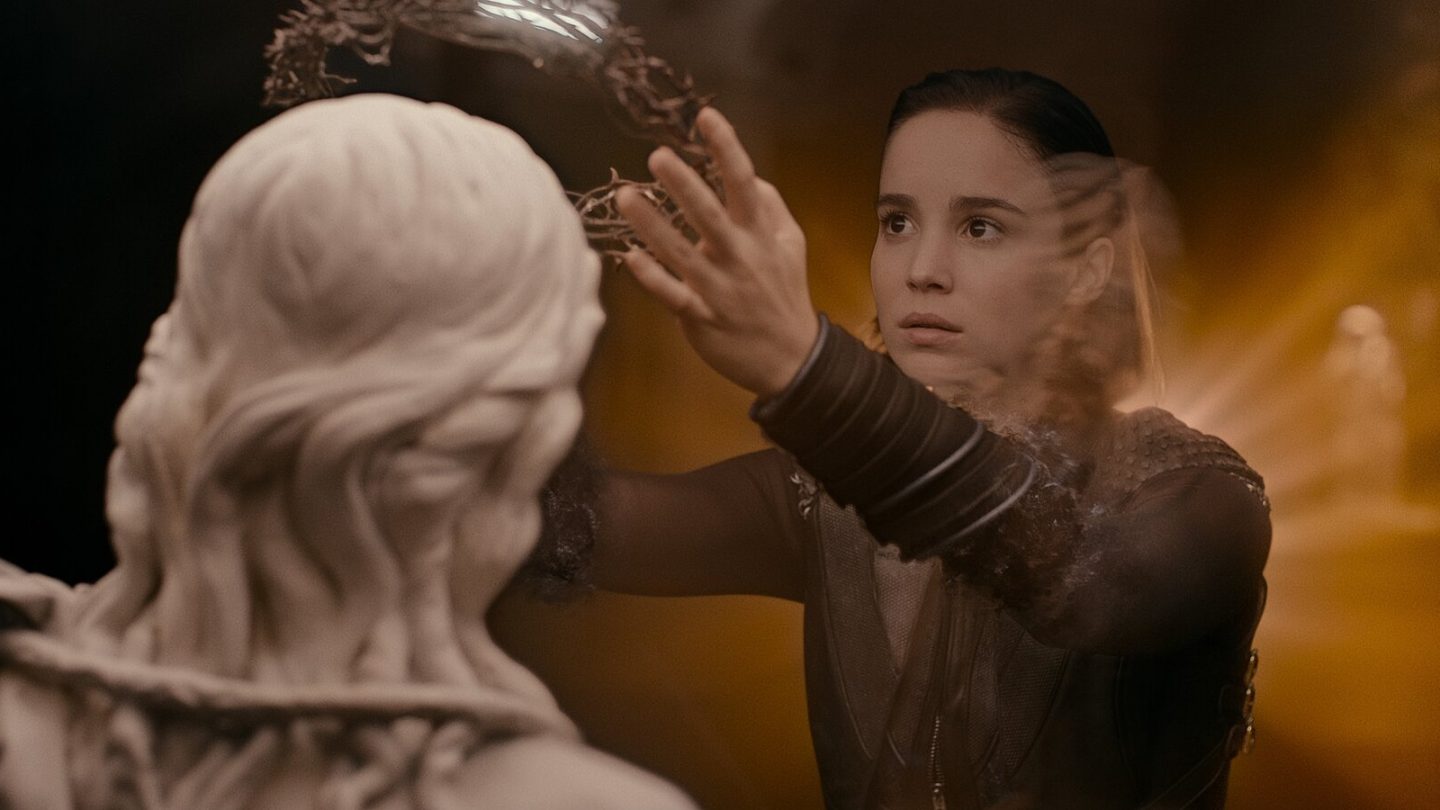 Is there anything Warrior Nun star Alba Baptista can’t do? I saw the 1950s-era period film Mrs. Harris Goes to Paris at a movie theater a few months ago, for example, in which Baptista played an utterly beguiling Dior model named Natasha. Meanwhile, in Netflix’s cult-favorite fantasy show Warrior Nun (which is based on the comic books by Ben Dunn), Baptista is Ava Silva — part of an ancient order of demon fighters and a Buffy-style heroine who commands your attention in this Netflix series that’s less than a month away now from debuting its second season.

With the release also of a new Warrior Nun trailer that you can check out below, the streamer has at last confirmed when the show is coming back following its debut in 2020. November 10 is the official Warrior Nun Season 2 release date, and for those of us who love the show — suffice it to say, that date can’t get here soon enough.

“Thanks to everyone for being patient with us and hanging in there,” creator Simon Barry tweeted on Thursday, in recognition of the long wait between the two seasons.

Here, by the way, is how the streaming giant summarizes what’s coming in Season 2 of Warrior Nun: “Ava and the Sister Warriors of the OCS must find a way to defeat the angel, Adriel, as he attempts to build his following into the dominant religion on the planet.”

Added Barry in a recent interview with Inverse: “When we were finishing Season 1, we had many more avenues to go down story-wise. So we created a folder thinking, hey, if we’re lucky enough to get Season 2, here are some things we could draw from. After seeing the show completed, we regrouped just to talk about ideas.”

The battle between good and evil is on.

The show currently has a 75% audience score on Rotten Tomatoes, which is — I suppose that’s fairly strong as audience scores go on the site for Netflix originals these days. But in my opinion, it’s not strong enough for this Netflix release. Excellent fight scenes, a story that’s pure escapism, great production values and visual effects, and, of course, Alba Baptista. What more do you need, people?