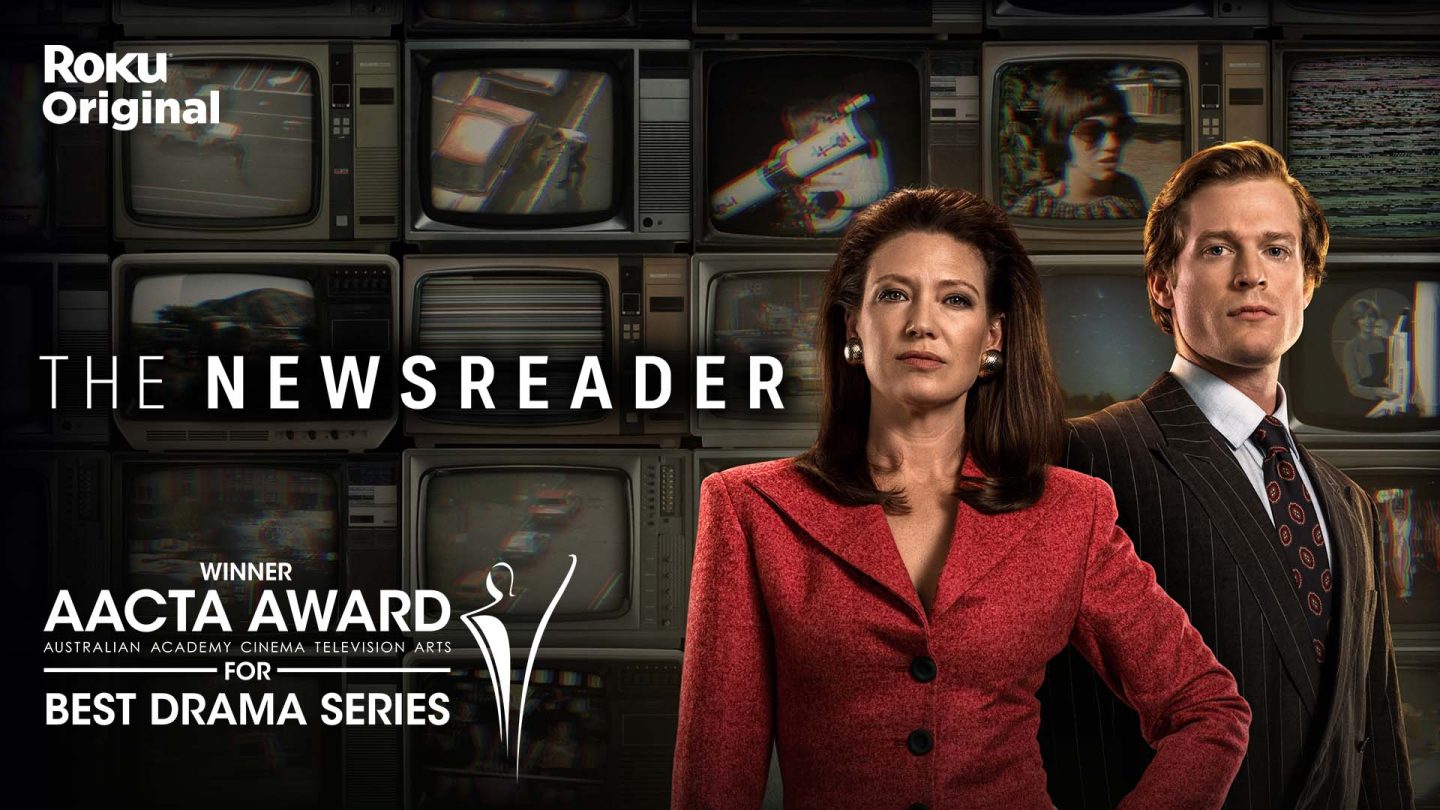 Gone are the days when Netflix was the more or less unchallenged king of the streaming hill, with so many options for quality streaming fare these days that range from everything from Apple TV Plus to HBO Max and much more. In fact, we increasingly need to add another streamer with a bit of a lower profile at the moment to that list: The Roku Channel.

Make no mistake, though; Roku seems to be more serious about competing in this space than a lot of other latecomers to the game. Buying Quibi’s library of content last year gave it a running start. Since then, the company has greenlit and acquired new titles right and left. One of the most interesting of which, to me at least, is set to debut on the free, ad-supported Roku Channel streaming network next week. It’s a six-part, critically acclaimed series from Australia, set in the 1980s, called The Newsreader.

On Wednesday, March 9, Roku released an official trailer for the show, which stars Anna Torv and Sam Reid. We’ve embedded the trailer below, and you can also watch it right here.

As for the story, this show is set during a specific moment in the broadcast news era. When the age of the sort of dry, stentorian delivery of august newsmen gave way to more — well, entertainment, for a lack of a better word. To more style and pizzaz in the TV news report, for better or for worse.

“Amidst the frantic and chaotic world of broadcast news,” Roku explains, “the real story of The Newsreader is about the unorthodox relationship between a young quirky reporter who longs to become a newsreader and is paired for the next three months with the network’s star female newsreader who is notorious for being rigid.

“The ‘will they won’t they’ storyline between the two co-anchors draws in the audience’s attention as they illustrate the complexities of pivotal historical events (from) the AIDS epidemic to the explosion of the Challenger in space, while overcoming their own hardships and triumphs as the world as they know it is changing.”

International TV has certainly had a moment over the last couple of years. Thanks to Netflix, sure, but also to the quality fare from outside the US available on other streamers. Gomorrah, on HBO Max, is a favorite example I always cite. As for The Newsreader, which will debut on March 18, it certainly feels like it could have easily ended up on almost any of the major streaming platforms.

Is The Roku Channel free if you have Roku?

The good news here, too, is that unlike the requirement to pay for a Netflix subscription, consumers can stream Roku Originals for free everywhere that The Roku Channel is available. That means no strings attached — no logins or subscription fees required.

The Roku Channel, by the way, is a sort of entertainment portal that makes free, live, and premium entertainment available to viewers. Including everything from blockbuster movies to popular TV shows, plus more than 150 live channels. And, of course, Roku Originals like The Newsreader.

And if all that’s not enough to keep you entertained? You can also hook more than 50 premium subscriptions that require a payment, like Netflix, onto your account as well.

Roku clearly decided, long before now, that its corporate future would be determined not just by the hardware — like TV sticks and streaming boxes — that it’s arguably more known for. But also by pushing deeper into original content territory. And by spending however much it takes to become a major player in the Streaming Wars.

To that end, Roku made clear last year its ambitions along these lines. Specifically, it planned to develop more than 50 original shows this year and next. Another indicator of Roku’s intentions along these same lines? The company in recent days announced the hire of a new head of original programming.

He’s David Eilenberg, and he comes to Roku from ITV America — where he oversaw content like Hell’s Kitchen and Queer Eye. In a statement, he praised his new employer thus. “Roku’s culture of innovation and relentless focus on creating the best possible experiences for viewers make it a natural home to launch terrific original series.”