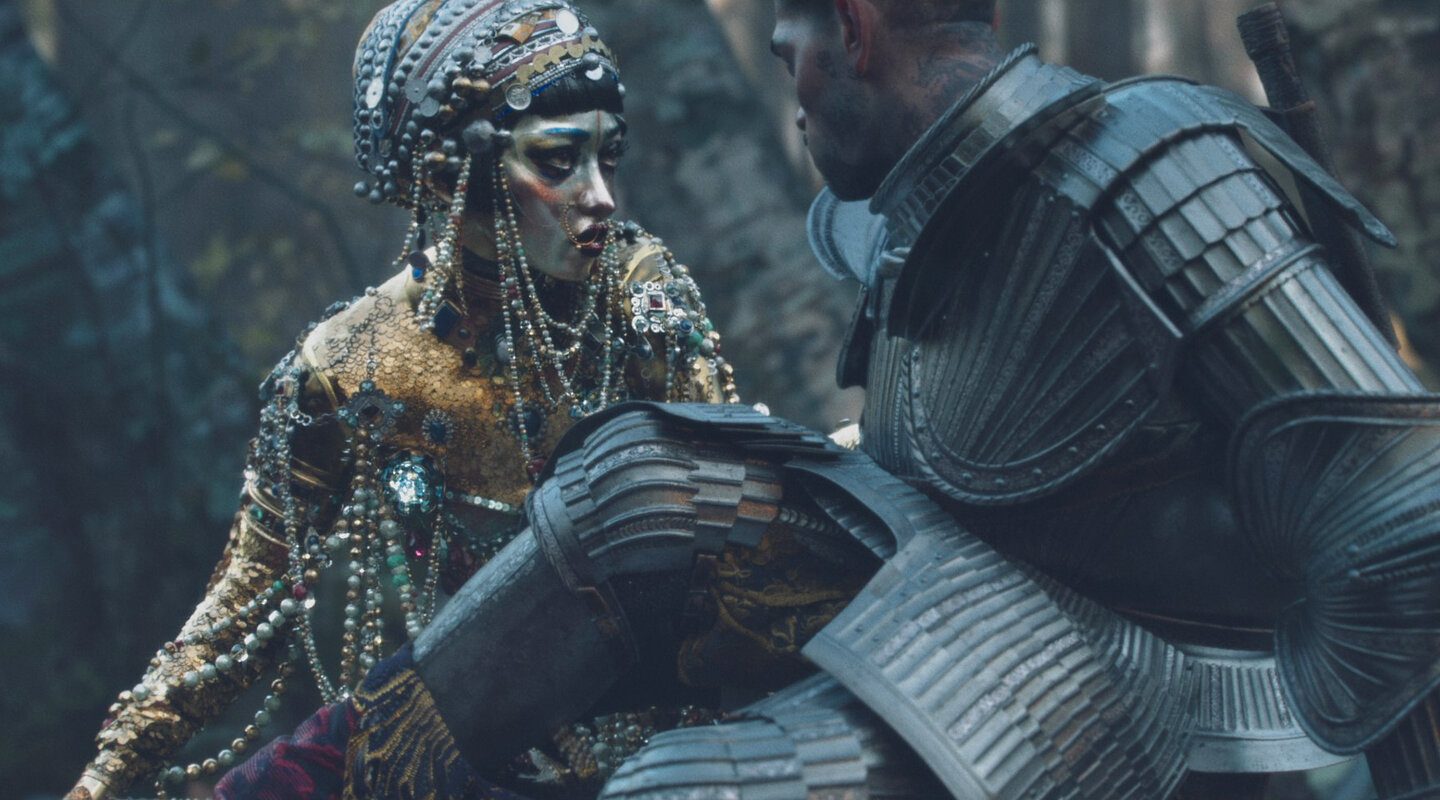 I’ve never seen anything like Jibaro, from the new season of Netflix’s Love, Death, and Robots, before. In less than 20 minutes (this animated short’s runtime), I was mesmerized by the beauty and hyperrealism of the artistry. I was scared half to death by the intensity of the story. And my jaw was hanging open pretty much the whole time over the raw emotions that this short elicits — even though not a single word is ever spoken throughout the episode.

Without a doubt, this final chapter in the new season of Netflix’s critically acclaimed animated anthology series is easily one of the best titles the streamer has released so far this year. Netflix, if you’re listening, releasing more one-of-a-kind titles like this one feels like at least one sure-fire solution to your current doldrums.

For viewers, meanwhile, here’s what you need to know about the series itself. From Netflix’s official description: “Emmy-winning animated anthology Love, Death, and Robots returns with a third volume executive produced by Tim Miller (Deadpool, Terminator: Dark Fate) and David Fincher (MINDHUNTER, Mank).

“Terror, imagination, and beauty combine in new episodes which stretch from uncovering an ancient evil to a comedic apocalypse, telling startling short stories of fantasy, horror, and science-fiction with trademark wit and visual invention.”

The series is basically a blank canvas wherein creators use vastly different styles of animation to illustrate the stories they want to tell. Love, Death, and Robots is an animated fantasia that mixes sci-fi, fantasy, dark comedy, and some NSFW elements to create one of the most extraordinary Netflix shows you will ever come across. No wonder this show has won 11 Emmy awards.

Now, as for Jibaro — the final installment in the newly released season of Love, Death, and Robots — and what it’s all about?

Some light spoilers are ahead, so consider yourself warned. Really, though, the big draw here is the visuals. And the only way I can spoil those is to tell you they are truly stunning.

Here’s the brief synopsis that Netflix gives you for the episode. “A deaf knight and a siren of myth become entwined in a deadly dance. A fatal attraction infused with blood, death, and treasure.”

The episode opens on a contingent of knights, their armor clanging as they ride through a forest. They eventually come to the edge of a beautiful lake. A beautiful siren seductively rises from the water, dancing in fluid and graceful motions. She then directs a piercing, horrible scream at the knights. It causes them to shudder in revulsion, to uncontrollably dance like marionettes — and, in their ensuing madness, to kill each other. All but one of the remaining survivors drown.

The siren’s scream, however, has no effect on the deaf knight. For the duration of the episode, they interact with each other, warily. Until the knight crosses a line, and the siren gets her revenge.