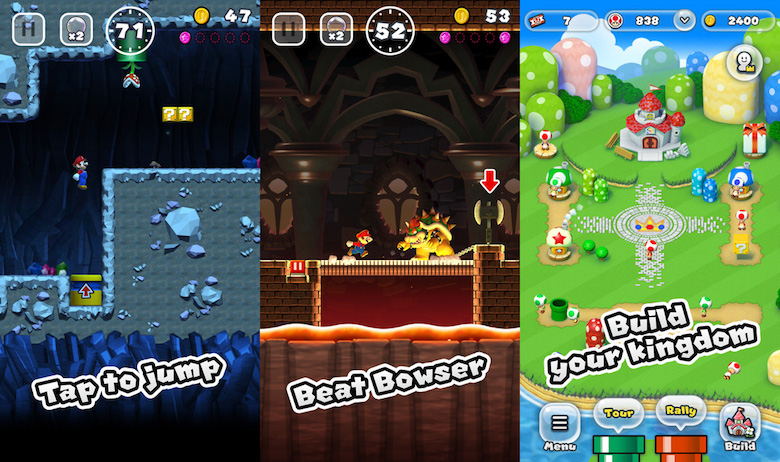 Nintendo just launched a game on the App Store. That’s an odd sentence to type after the company spent years denying that it would ever bring its legendary intellectual property to third-party devices, but on Thursday, Super Mario Run arrived on the App Store for the iPhone, iPad and iPod touch.

Back in March of 2015, Nintendo revealed that it had partnered with mobile game company DeNA to brings its characters to mobile devices. A year later, Nintendo brought an odd social networking app called Miitomo to iOS and Android, signaling an awkward beginning of a new era for the game company.

Miitomo failed to make much of an impact, but a few months later, Nintendo dropped a bomb at Apple’s iPhone 7 keynote by unveiling Super Mario Run — the first true Nintendo game on a smartphone.

Super Mario Run is an endless runner featuring everyone’s favorite plumber. The main draw of the game is its 24-level campaign, stretched across six different worlds. After conquering the first three levels in a world, Mario will have to visit that world’s castle and take on Bowser, just like in the classic Mario games.

Aside from the campaign, there is also a mode called Toad Rally, in which you compete against another player’s ghost to complete a level as stylishly as possible while impressing Toads who are watching you progress. The only way to access Toad Rally is to gather Toad Rally tokens in the main game.

Finally, Super Mario Run includes a Kingdom Builder mode where players are able to build their own Mushroom Kingdom. By competing in Toad Rallies, you will earn coins that you can use to build up your kingdom. Kingdom Builder also appears to be the mode in which you unlock other playable characters.

There are a few important caveats to be mindful of before you jump in to Super Mario Run. First, while the app is free to download, it costs $9.99 to unlock the full game. Thankfully, there are no microtransactions beyond that. Second, you have to be online to play it, which has become increasingly common.