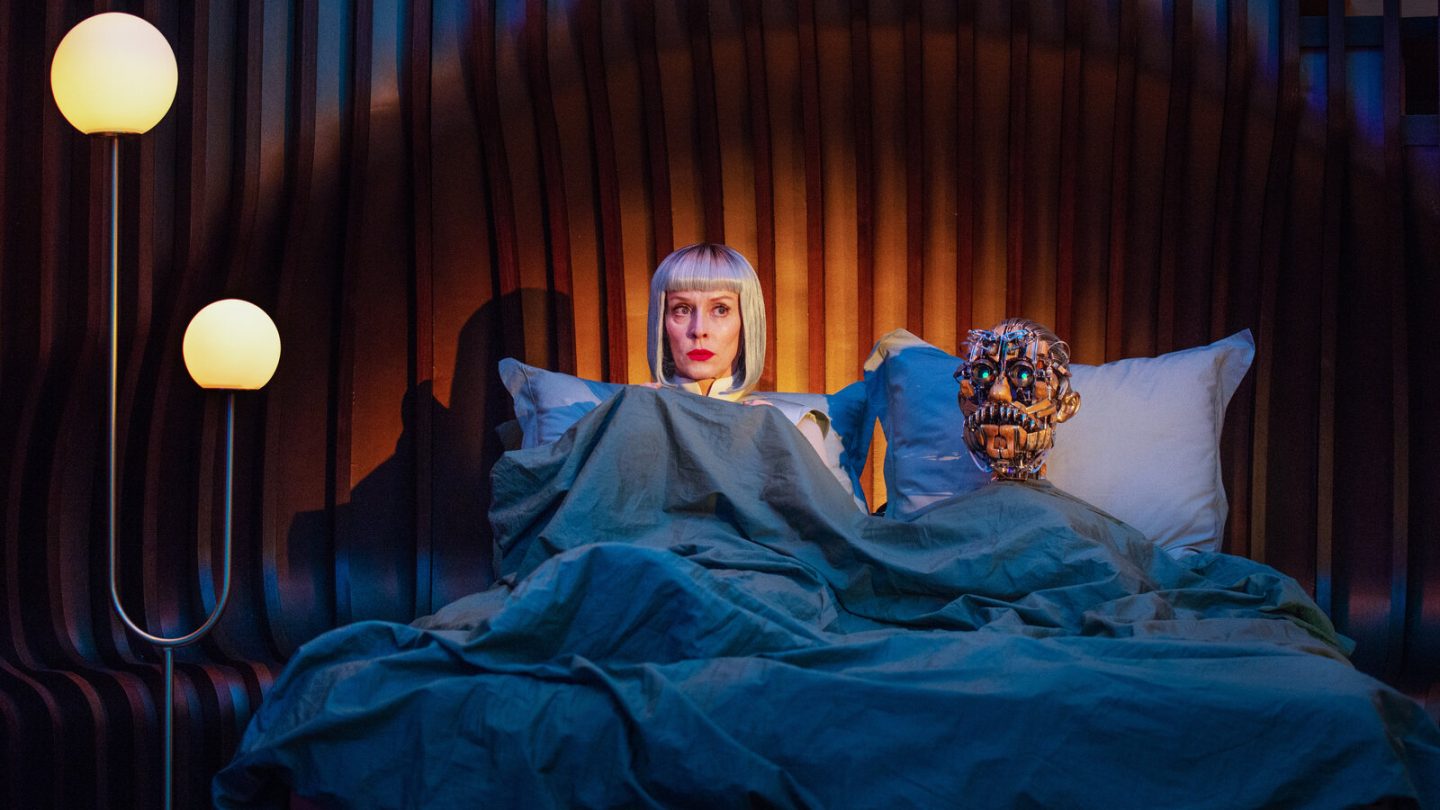 By way of illustrating his skepticism about artificial intelligence — which, by extension, leads to his ominous predictions about killer robots — Elon Musk has in the past pointed to email spam. A computer system with unfettered power in the future, he’s warned, could decide that the best way to crack down on email spam is to … kill all the humans sending it. A bit extreme, sure, but it’s the kind of thing increasingly providing narrative fodder for new movies, like Netflix’s just-released Bigbug.

One of the main things to know right off the bat here is that the director is Jean-Pierre Jeunet, who’s best known for Amelie. Meanwhile, his new feature film is — how can we say this? One thing to know from the outset is that Bigbug is totally French. Whimsical, high-concept, weird, but ultimately a pretty inventive sci-fi satire that bursts with color. Below, we’ll get into a little more detail about this new movie on Netflix. As well as some other recent additions to the streamer worth checking out.

Don’t Miss: If you have a Roku, you just got these 25 new channels for free

First, let’s start with Netflix’s official description of this new movie. “In 2045, artificial intelligence is everywhere. So much so that humanity relies on it to satisfy its every need and every desire — even the most secret and wicked.

“In a quiet residential area, four domestic robots suddenly decide to take their masters hostage in their own home. Locked together, a not-quite-so-blended family, an intrusive neighbor and her enterprising sex-robot are now forced to put up with each other in an increasingly hysterical atmosphere.” Outside, meanwhile, the latest generation of androids known as the Yonyx are trying to take over things.

As the threats close in? The humans “look elsewhere, get jealous, and rip into each other under the bewildered eyes of their indoor robots.”

After you’ve finished watching Bigbug, meanwhile, here are some other new movies on Netflix to put on your watch list. We’ll start with two of the newest additions to the streamer, and in no particular order:

The Tinder Swindler: This is the true-crime drama everyone is talking about right now. It’s so compelling, in fact, that Netflix even has a companion podcast about it. What really elevates this documentary, is the way it’s not just a story about women who’ve been scammed by a professional liar. About halfway through, the tables start to turn. And it’s oh-so-satisfying to watch them band together to take him down.

Watch The Tinder Swindler on Netflix

Watch Love and Leashes on Netflix

The Power of the Dog: Ahead of the Oscars next month, you’ll definitely want to check out this Netflix film starring Benedict Cumberbatch as a dour, sneering rancher that explores different facets of masculinity. Directed by Jane Campion, the movie is up for a dozen Academy Awards. Including best picture, best director, best actor, and best supporting actor.

Watch The Power of the Dog on Netflix

The Lost Daughter: Directed by Maggie Gyllenhaal, this Netflix original film is another potential Oscar winner. It’s up for best actress, best supporting actress, and best adapted screenplay. From Netflix’s official description: “A woman’s quiet seaside vacation takes an unsettling turn when her fixation on a young mother staying at a nearby villa awakens memories from her past.”

Watch The Lost Daughter on Netflix