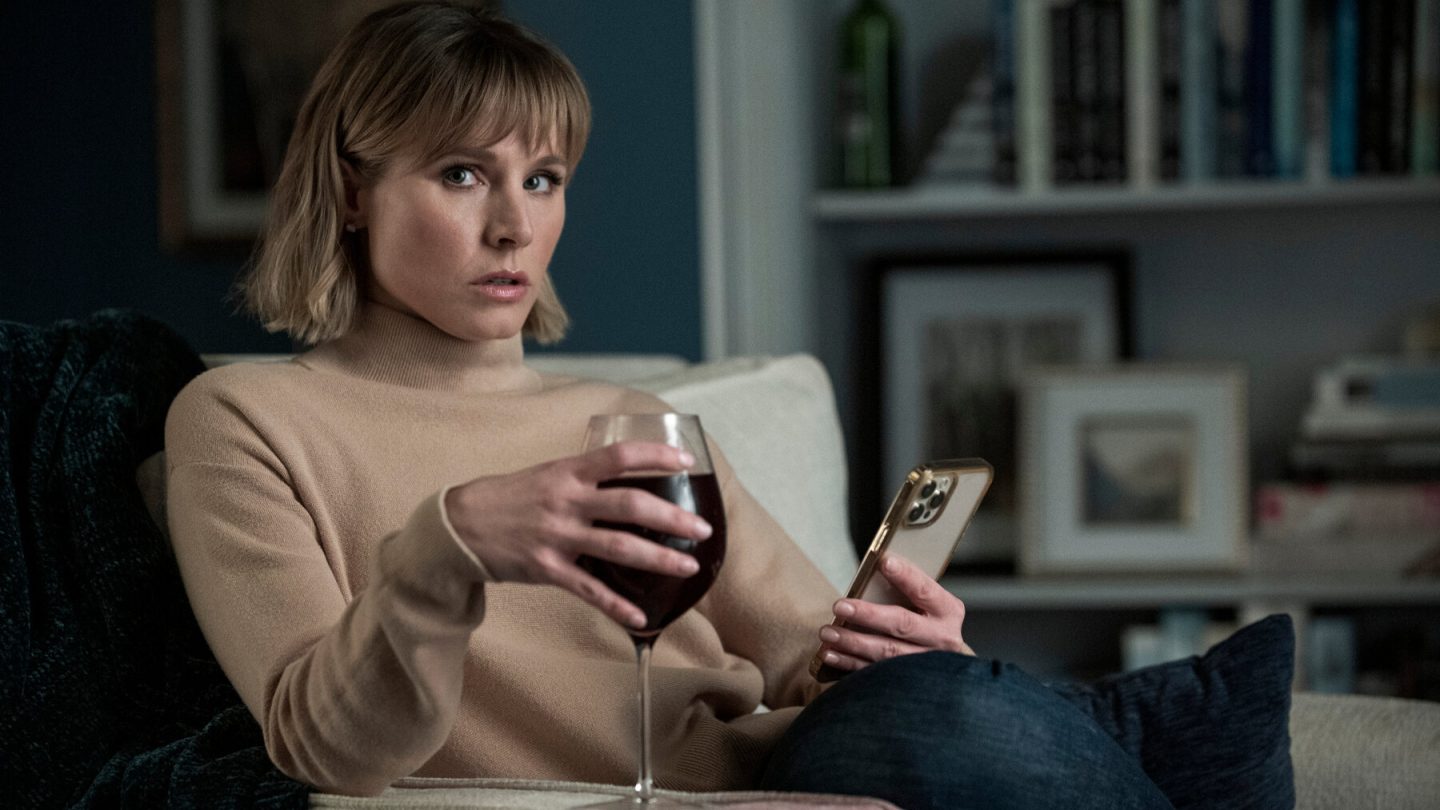 The buzzy new Kristen Bell Netflix show everyone’s talking about right now — The Woman in the House Across the Street from the Girl in the Window — first and foremost has a title that’s clearly a bit of a mouthful. But the choice was purposeful, for reasons that you probably don’t need a blogger or snippets from press interviews to explain.

This 8-episode series is a bit of a send-up of a particular kind of compulsive thriller — the kind with titles that seem tailor-made for big, seductively illustrated book covers that beg to be picked up at an airport newsstand. The ones with titles of the “Woman in the … ” and “The Girl Who …” variety. Heck, Netflix itself has already given subscribers plenty of this sort of thing, even without tongue planted firmly in cheek. See: Amy Adams’ The Woman in the Window. Also, along these same lines, Netflix’s The Girl in the Mirror, The Girl on the Train, and The Girl from Oslo.

You kind of get a sense of the creative playfulness inherent in the team behind this series in the Netflix press material that accompanies the show. At one point, executive producers Bell, Rachel Ramras, Hugh Davidson, and Larry Dorf are asked to share one “non-spoilery tease” about the show:

“For heartbroken Anna (Bell), every day is the same,” Netflix explains, in summarizing the show. “She sits with her wine, staring out the window, watching life go by without her. But when a handsome neighbor (Tom Riley) and his adorable daughter (Samsara Yett) move in across the street, Anna starts to see a light at the end of the tunnel. That is until she witnesses a gruesome murder … Or did she?”

At one point during the series, “Anna” sits among a group of people, visibly uncomfortable, introducing herself. She drinks too much, she admits. Sometimes mixes the wine with pills. But on this particular morning, she confides to the group — she woke up convinced she’d witnessed a murder.

“The Woman In The House Across The Street From The Girl In The Window is a smart parody of a very parody-ripe genre, but it also works well because Kristen Bell plays the main role with the right degree of seriousness,” reads a Decider review about the new Kristen Bell Netflix series.

To say this show quickly shot up the Netflix charts, meanwhile, would be something of an understatement. This supremely binge-worthy thriller for the wine mom demographic was released just Friday, and it’s already the #1 title — across both TVs and movies — for Netflix in the US.

Responses to the series across social media, predictably, have been all over the map. From outright praise and appreciation of the satirical nature of the story, to people bemused by the title and others feeling like this has all been done before.