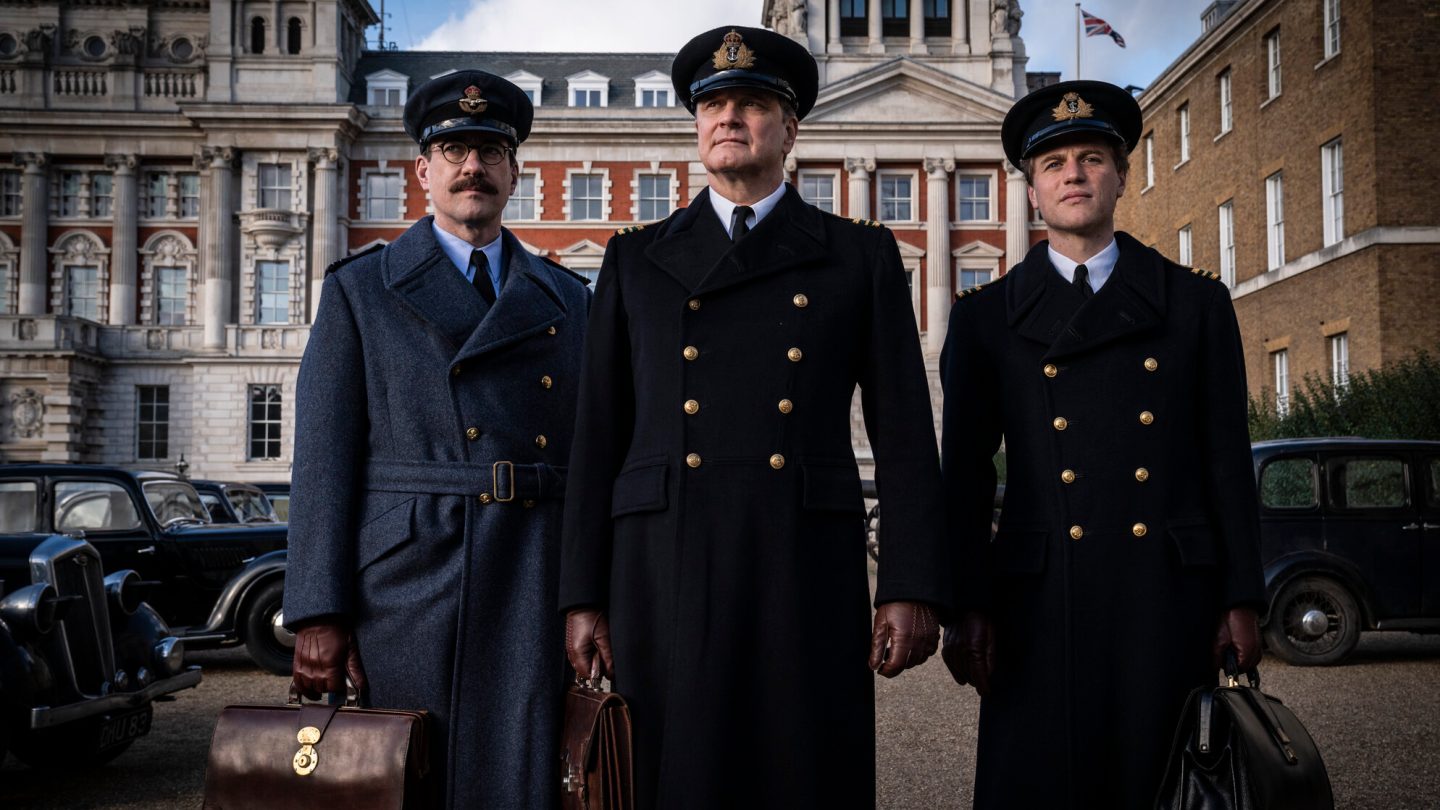 It is a truth, universally acknowledged, that Hollywood will never, absolutely ever, run out of new WWII stories to tell. Even when Hollywood does run out, they’ll just keep inventing more, since this is apparently the military conflict that viewers never get tired of. And now — atop a pile of content that includes everything from Band of Brothers on HBO to Greyhound on Apple TV Plus — we can add Operation Mincemeat, a spy story from Netflix that the streamer released on Wednesday.

This movie is stacked with high-profile British acting talent, starting with Colin Firth and Matthew Macfadyen who play stiff-upper-lip intelligence officers. The gist: To distract German attention from a planned invasion, the masterminds behind British deception operations decide to slip the Germans some bad intelligence. But how to convince the Germans to act on it once they have it?

Operation Mincemeat is now on Netflix

From Netflix’s official description: “It’s 1943. The Allies are determined to break Hitler’s grip on occupied Europe, and plan an all-out assault on Sicily. But they face an impossible challenge — how to protect a massive invasion force from a potential massacre.

“It falls to two remarkable intelligence officers, Ewen Montagu (Colin Firth) and Charles Cholmondeley (Matthew Macfadyen) to dream the most inspired and improbable disinformation strategy of the war — centered on the most unlikely of secret agents: a dead man.”

This is based on a true story, by the way. There really was an Operation Mincemeat, and it was built around the key point we raised above: How to cook up and deliver phony intelligence to the Germans, such that they would then act on it. Or, more specifically, not act on it, leaving the way open for the Allies to proceed with their invasion.

Problem one: Convince the Germans that the invasion will happen somewhere it’s not. Solution? Feed them bad intel.

“Truth is protected by a bodyguard of lies”

Easy enough. Okay, on to the real problem: How to actually get that bad intel into German hands.

No matter who delivers that intel to the Germans, the Allies would be in trouble. The Germans would rightly treat as suspicious any game-changing intelligence that just magically falls into their lap from a source, no matter how believable. No doubt, they would rip apart whoever brought it to them.

It would be more believable, anyway, if the Germans found the intelligence on their own, as opposed to having it brought to them. Ok, so how to solve that problem? Basically, the Brits stuff the phony intelligence into a dead man’s pockets, and let him wash up on shore — to an area that they know is crawling with Germans.

“In stories of war,” one of the officers involved with Operation Mincemeat says at one point, “there is that which is seen, and that which is hidden.” And in the hidden war? “The truth is protected by a bodyguard of lies.”

The movie currently has pretty decent scores on Rotten Tomatoes. An 88 percent audience score currently, and a 73 percent score from critics. The most compelling part, to me, in this overall solid drama? It’s in all the minutiae that the British have to figure out in order to successfully pull off the deception. Think about it. You can’t just use any old corpse. You have to use one that you can build a (fake) backstory around. A corpse that also appears to have aged in sync with that fake story.

In addition, you have to give it all the trappings of a normal person’s life that we take for granted. He or she, for example, would probably have random odds and ends in their pockets. Perhaps a photo of a loved one, which also has to look real and be prepared according to exacting specifications. And then, even if you get it all right? You still have to just … wait. And hope that the body washed ashore, that it didn’t somehow keep drifting along to some other random point. That the Germans found it. That the intelligence didn’t look too perfect. And that the Germans believe it’s real.

Ultimately, the Germans had men, materials, and staggering technical prowess during the war. The British, on the other hand, undercut all of that with something the Germans apparently did not possess. An affinity for creative, outlandish ideas — ploys so wild, that the Germans would never see them coming.