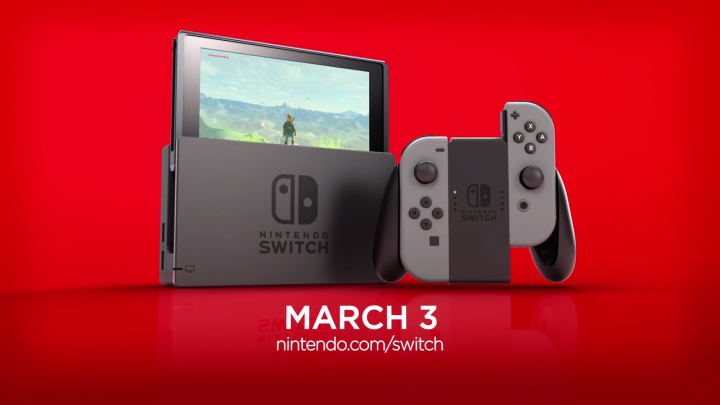 Want proof that Nintendo is serious about seeing the Switch succeed? What if I told you that the company invested in a 30-second spot it plans to run during Super Bowl 51 this weekend? On Wednesday, the house of Mario shared an extended cut of its upcoming Super Bowl Switch commercial, which also happens to be the first commercial the company has ever produced to run during the Super Bowl.

The ad focuses on the versatility of the upcoming console, showing people play with the Switch in a variety of scenarios — from sitting on the couch to lying in bed to surrounded by friends at a party. Nintendo might be calling it a home console, but the highlight of the Switch is clearly its portability.

Several high profile games make an appearance in the ad as well, including The Legend of Zelda: Breath of the Wild, Splatoon 2, 1-2 Switch, Mario Kart 8 Deluxe, ARMS and Ultra Street Fighter 2.

After the disappointment of the Wii U, Nintendo needs the Switch to make a splash immediately. While the launch lineup leaves something to be desired, the marketing campaign is off to a promising start. Let’s hope that Zelda and Mario Kart are enough to tide everyone over until Splatoon 2 hits this summer.