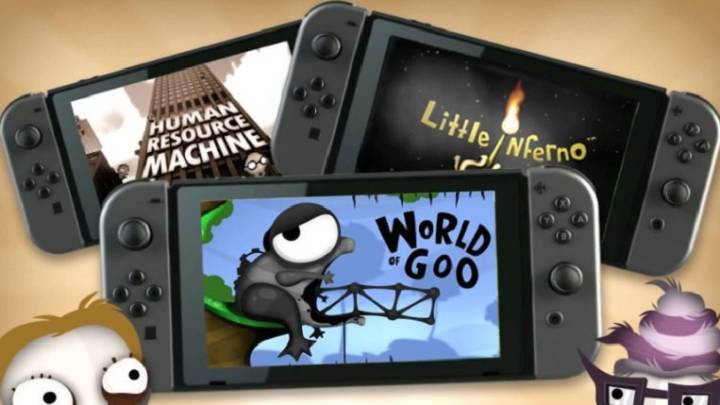 Five. That’s how many games Nintendo announced would be available for the Switch at launch during its live streamed presentation in Japan earlier this month. Of those five games, two were multiplatform releases that had already launched on other consoles, one was a glorified tech demo and another was a port of a Wii U game. Super Bomberman R was the only true exclusive coming to the Switch on launch day.

Thankfully, since then, independent developers have taken it upon themselves to bolster the launch lineup.

Last week, Nicalis confirmed that The Binding of Isaac: Afterbirth+ would be available for the Nintendo Switch in retail form for $39.99 on March 3rd (aka launch day). This mature-rated, cartoon-y, dual-stick shooter has become something of a cult favorite in recent years, and the Switch package will include every piece of additional content that has been released for the game since 2011.

But that was just the beginning of the good news for future Switch owners.

Days later, Square Enix revealed that Tokyo RPG Factory’s I Am Setsuna would be available for the Switch at launch as well with a new competitive combat mode. By the end of the year, the Switch should be flush with JRPGs, but it’s nice to know that one will be available on day one.

Finally, 2D Boy joined in with an announcement on Tuesday: World of Goo, Little Inferno and Human Resource Machine will all launch on the Switch on March 3rd as well. If you’ve never played one (or any) of them before, all three titles are absolutely worth picking up, on Switch or any other console.

Just like that, the launch lineup doubled. It’s not even February yet, so there’s a chance that more games will be announced for the Switch in the coming weeks as well. While it would have been nice to see Nintendo front-load the launch with a few more first-party games, indies will have to do.